My family had an excellent season and some firsts were noted. It was the first year we hunted our farm with my wife and I as owners. It was also the first time in many, many, years I hunted with factory ammo and not my handloads.

My oldest stepdaughter (41) hunted for the first time and killed a nice 9 pt on opening morning (6.5 Creedmoor, 123 SST handload, 180 yds). It was her third time shooting a rifle apart from range sessions. She field dressed him (I coached but didn't help, her wishes) and did an excellent job.

The following Tuesday I hunted on another friend's farm with my oldest stepson. I killed a doe at 190 yds (bang, flop) and an 8 pt at 250. He ran about 50 yds after the initial shot and was wobbly on his feet so I hit him again at about 200 yds and put him down. I found when I was field dressing him the second shot wasn't actually necessary (first went straight through both lungs) but I believe in putting them down asap. I recovered the bullet from the second shot (posted in Bullet Tests). Tikka T3x 6.5 PRC, Hornady 143 ELD-X factory load.

The next day I hunted by myself on our farm and killed a doe at 103 yards. Tikka T3x 7mm Mag, Sierra factory load, 150 Gamechanger bullet. Bang, flop.

Thursday I didn't get to hunt due to a mandatory work meeting but on Friday I killed another doe on our farm using the 7 Mag at 172 yds. It was one of the best shots I've ever made on an animal. The bullet took off the top of the heart and mangled both lungs. She dropped in her tracks. 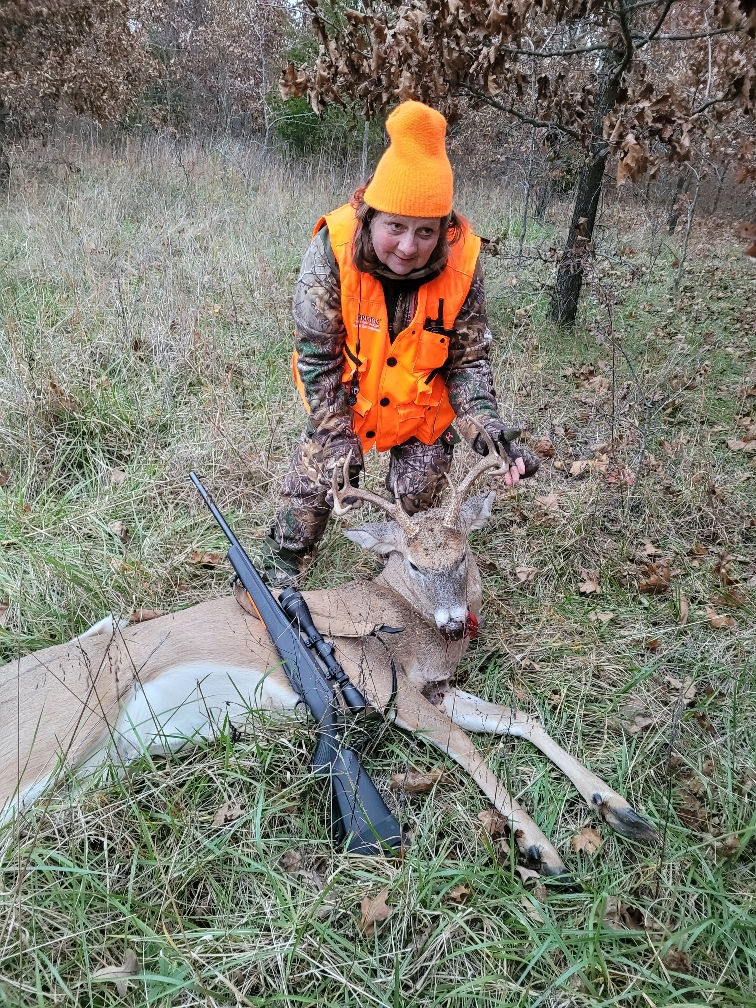 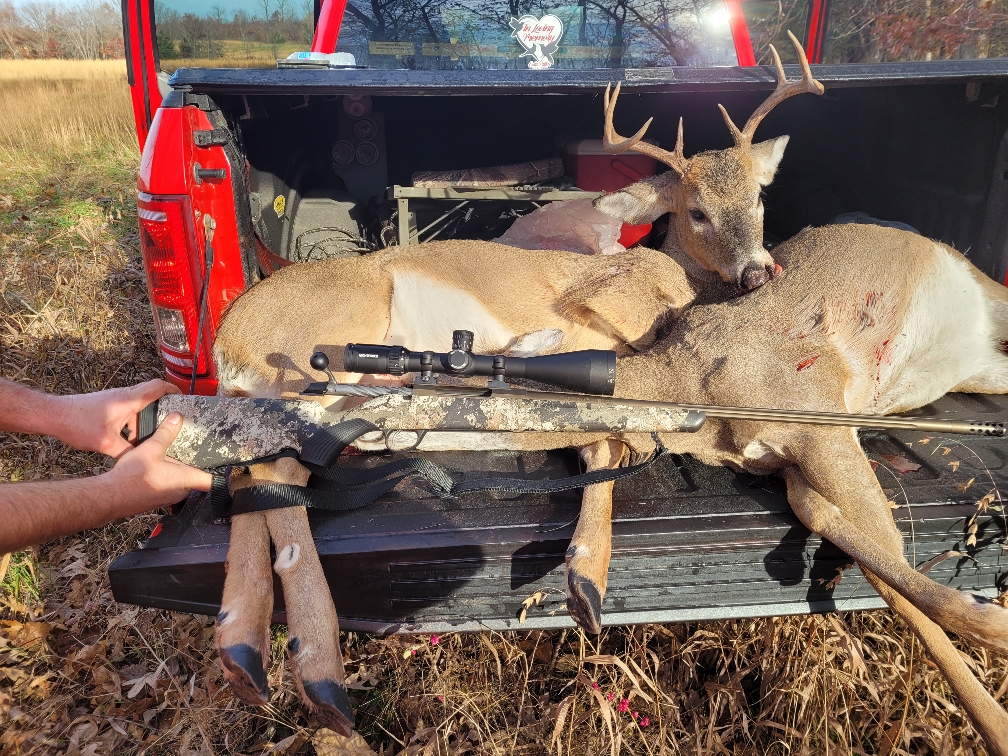 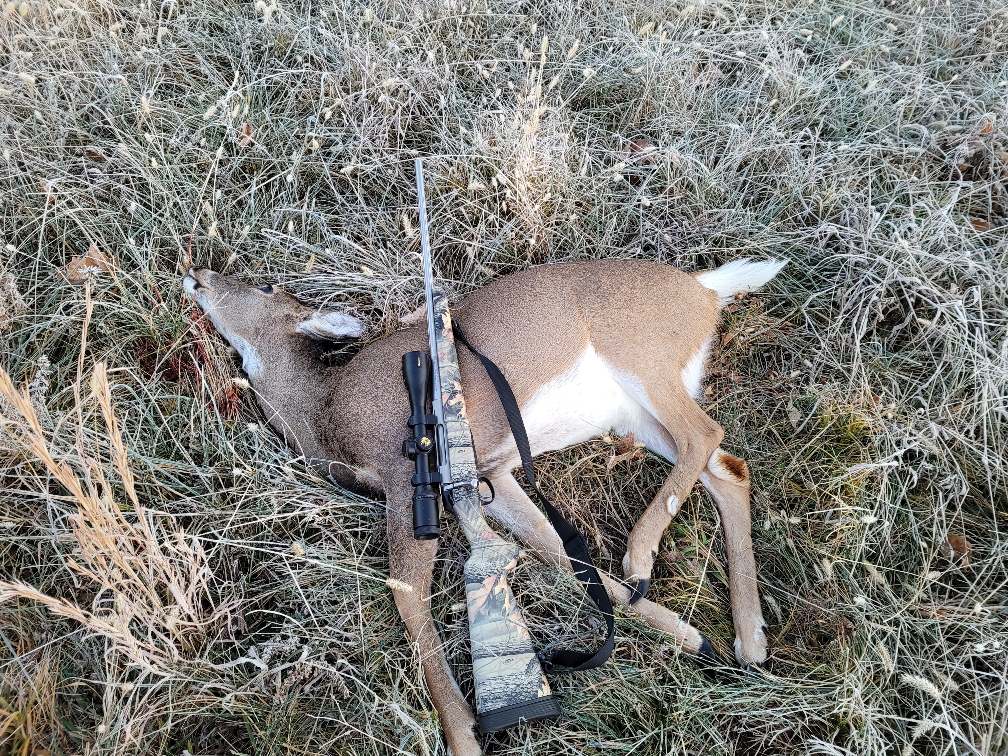 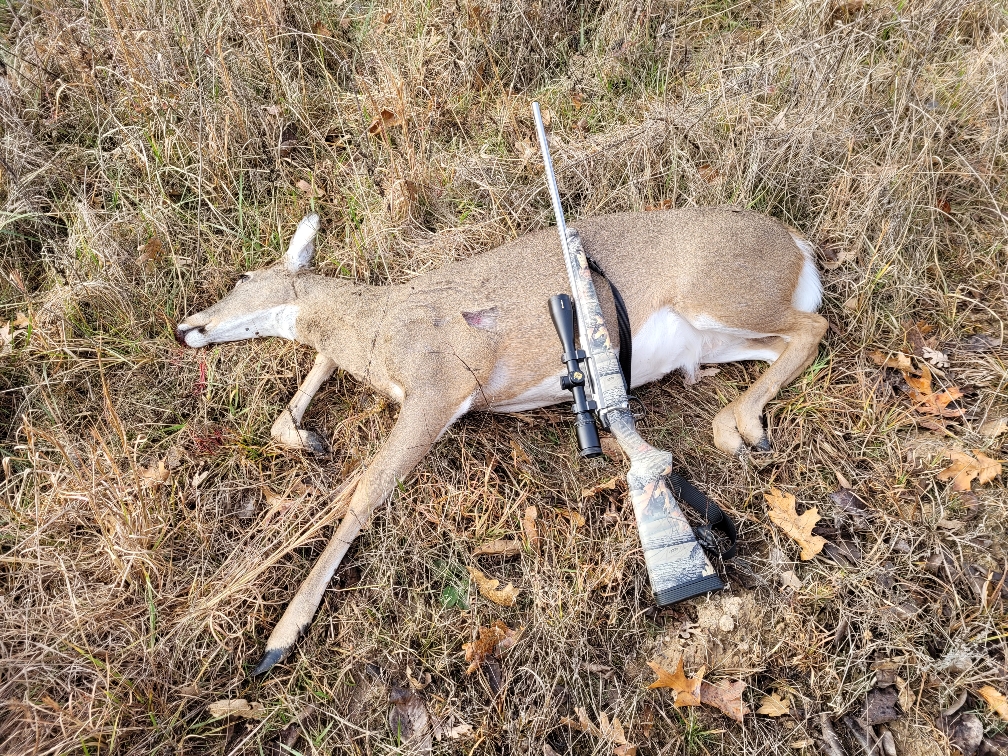 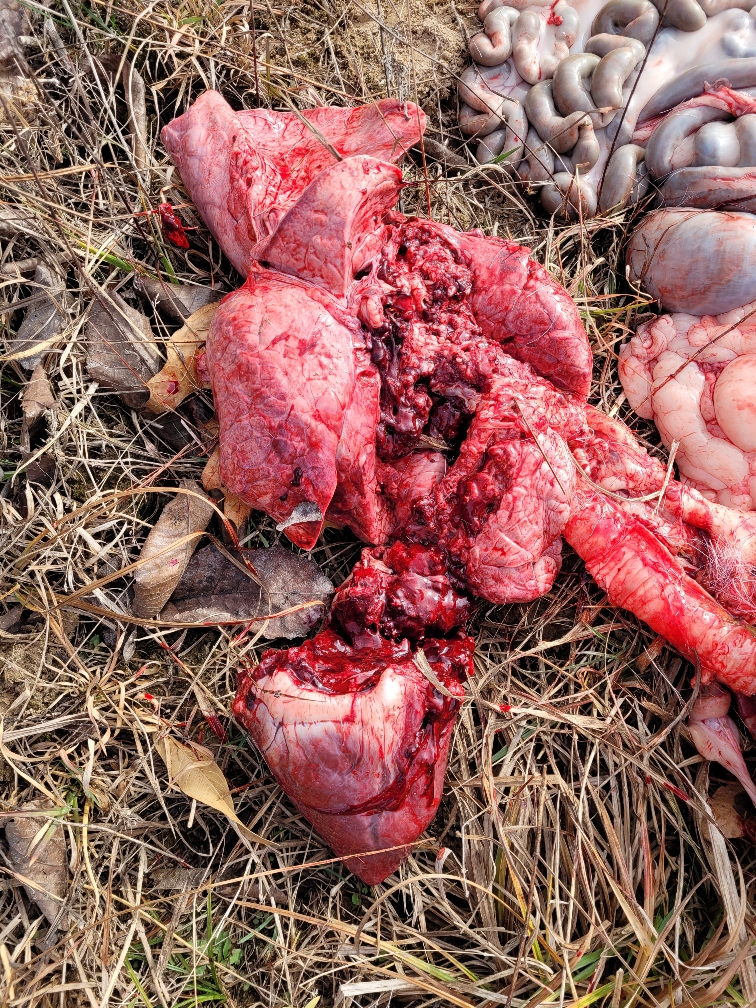 Congratulations to you and your family on a very successful season.

Good job and congratulations to all!

That is an excellent season for you and your family. Congratulations to all who participated. Without a doubt, everyone will enjoy the fruits of their effort.
S

Congratulations to you and your family. We have used the Nosler 120 BT and Hornady 123 SST as well with good results. Dan.
K

Well done to all!

Still a few days left in the alternative season, no?
R

KinleyWater said:
Well done to all!

Still a few days left in the alternative season, no?
Click to expand...

Yeah, but I work for FedEx so that got in the way. I also hurt my knee at work and getting around is more difficult. I might not get to hunt more but I'm very happy regardless.
K

Ain't nothing wrong with being happy with your results. Speedy recovery!
S

Congrats on your hunting season! You all were stacking them up!

A nice trophy for an exciting hunt
You must log in or register to reply here.