Post your 2022 Hunting Pictures here.
Good Luck to all this season!

You've done well. Congratulations. Give us an account of the hunt.

Congratulations on the nice Tom. Looking forward to hearing about the story behind the picture.

I wish I had some great yarn to spin or a tale to tell. I'm not the best at calling these birds, nor do I understanding their habits. Mostly they mock me each weekend of the season if they talk to me at all. Alas, neither my buddy or I killed one the weekend before (opening weekend), but we did have birds roosting on or near us. This past Saturday came and we decided to go in an hour before first light to set up. We chose to use no lamps going in and to try and stay on the pine straw as much as possible. There is a spot on our lease where both deer and turkey seem to cross with some frequency; we creatively call it 'Crossroads'. I chose to sit there and put a hen decoy in the most open spot I could find. My buddy was 300 yards away over a ridge to the east. About 15 minutes before sunrise a hen called out and a gobbler answered. I hit my box with three hard yelps and had 3 distinct gobblers answer from the west. I think each were 250+ yards away on the roost. Over the next 10 minutes I gave a few yelps and clucks before I saw a bird on the ridge, then another, then another. All 3 had beards swinging like paintbrushes as they came down the hill through the hardwoods. Be still my beating heart. They came right to me at 25 yards and stopped behind a cluster of large pines/oaks. I think they were wanting to the decoy to come to them, who knows? After a few seconds the tallest one stepped out for a perfect shot. Before I could pull the trigger he threw his head forward and hit one final gobble. 10" beard. 1" spurs. 18.5 lbs. 3 years old. BPS from the early 90's with a factory choke. My buddy spent the next 2 hours stalking/chasing/cajoling another to no avail. My morning was just like a TV show; without a doubt it was the best Turkey hunt I have ever experienced. And it was a bonus to get this bird w/ my hunting buddy in tow.

That was a great hunt! Now it's time to call for your buddy and extend your season.
Nice Tom, congratulations. 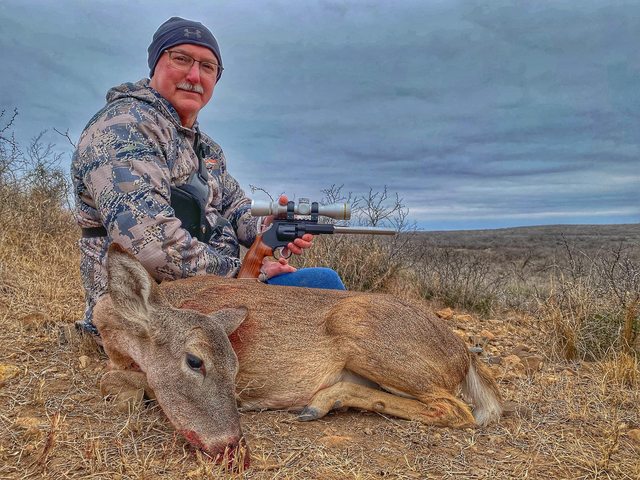 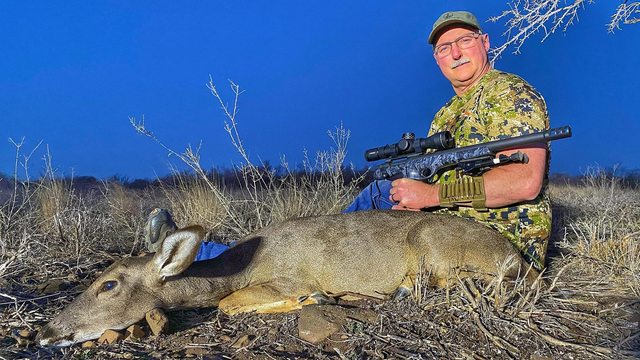 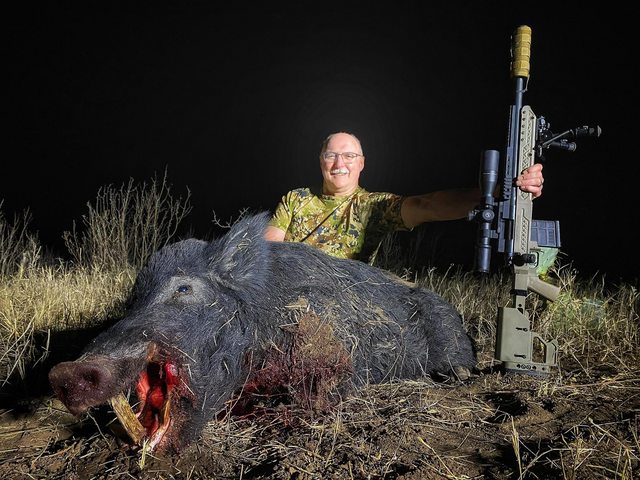 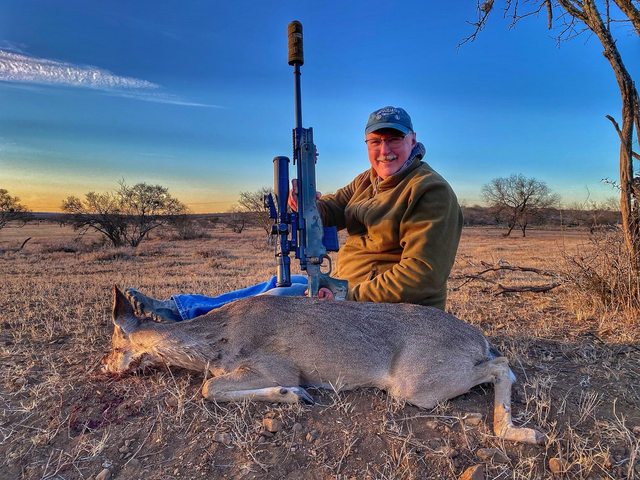 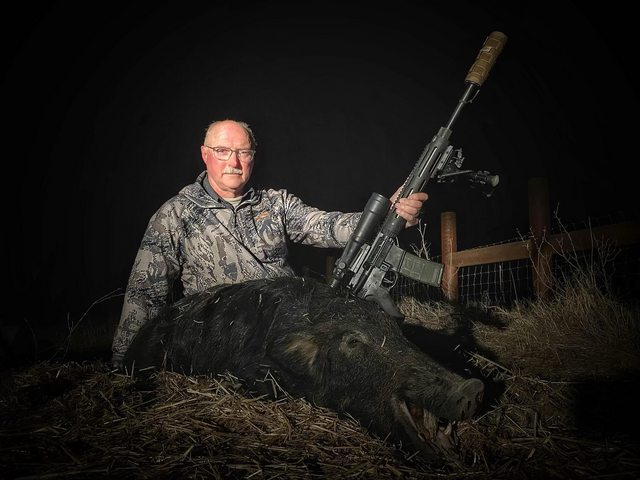 That's stacking 'em up! Excellent series of photos displaying your skill and some great game.

DrMike said:
That's stacking 'em up! Excellent series of photos displaying your skill and some great game.
Click to expand...

I had fun using a number of different weapons...I don't want any of them to feel left out.

xphunter said:
I had fun using a number of different weapons...I don't want any of them to feel left out.
Click to expand...

Some nice trophies fellas. Congrats to all of you.

A true trophy, without a doubt. I've been told that the meat isn't all that great, though the hunt is demanding. Care to comment?

Whatcha need all those other hunting rifles for if you just keep killing things with the 30-06 rifle?

Shot this Tom early in a season. Called in 5 Tom's and let the biggest one go by so Sue could take him. Unfortunately, she wasn't able to get a clear shot at Pacaso and I ended up shooting this Tom before he disappeared in the woods. At about 30 yards, my trusty Remington 870 Magnum sent a Winchester Long Beard load of #5's on its way and dumped him right there.
He has a 9.5" beard and 7/8" spurs.
I am now Sue's dedicated guide and we are going after Pacaso.

Congratulations. Sounds as if you are seeing the birds. That one appears to be a dandy. Can't imagine what the one you passed up looks like. 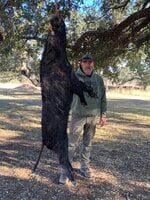 Doubt That It Was Worth It

Good year for my son