not impressive penetration or weight retention, but impact velocity was pretty high.
this should work on deer

My friend has used that bullet for a bunch of mule deer, mountain goat and stone sheep over the years and did well with it. It can be a bit destructive at close range but usually hangs together well enough to exit, pretty sure he never recovered any bullets. He switched to the 150 gr Grand Slam a few years back for his boy to hunt black bears and they have since shot a bunch mule deer, goats and even a pronghorn since with them. The 130 gr Interlock is a solid choice for deer sized game though.

I should imagine that the bullet will work quite well for deer.

Looks good to me. Should be wicked on deer.

That’s a good amount of penetration for a 130. Those Hornadys might not be the sleekest but darned if they aren’t good game getters.

Was one of my all time favorite bullets in the 270 win. Heck I actually really like that bullet in several calibers. Just a devastating bullet on whitetail in my experience. 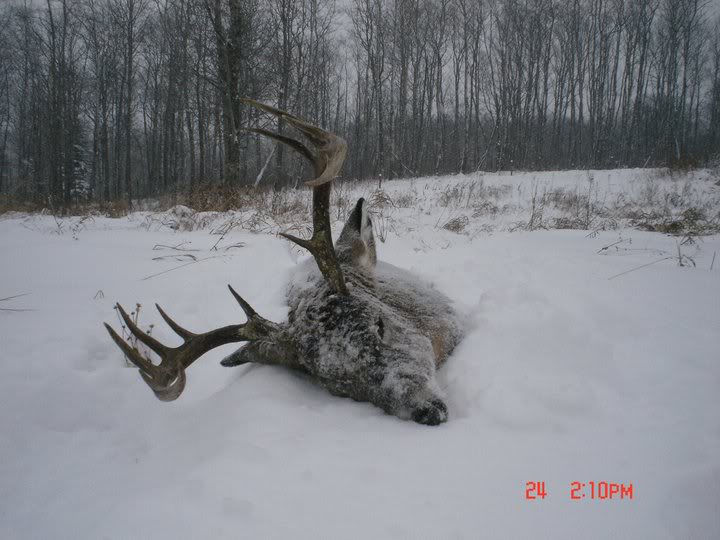 That’s a heckuva buck! Congrats. Hard to beat the Hornadys for the price and ease of making accurate ammo.

A lovely buck, to be sure.
S

Wouldn’t think twice about shooting him

Thanks guys. I agree that not only do these bullets perform well, they tend to be easy to get to shoot well in any decent rifle and won't break the bank. Especially at todays prices.
W

I have a load using Win Staball 6.5 with this bullet just shy of 3000fps out of 22 in Rem 700 barrel. Could get more fps but accuracy starts dropping off. Used Hornady 130gr years ago and it did well on our whitetails. On the bucket list to try again. Dan.
You must log in or register to reply here.