It’s been many years since I was home during deer season, probably 12-15 years.

Dad has been getting older and can’t really hunt by himself anymore. I took the week off to come down and hunt with him in Michigan.

My sister had put up a bunch of trail cams for him and he had been seeing several bucks regularly.

Opening morning dad had dialysis and the evening was a bust, the wind was wrong for one of the stands so I sat up on a hill that overlooked the whole property. A 100 acre mix of woods, cut corn fields, and thick bedding cover. Didn’t really see anything until right at dark a group of 6-7 does and a small buck came out into the corn right in front of one of the stands.

Today the wind was better so I sat with dad at the corn field stand. We had borrowed a tripod from one of my dads friends and that really helped him get steady from the seat.

He was using a Mauser that I had built him in 280 AI several years ago. In a bell & Carlson medalist stock with nitride finish topped with a Nikon monarch 3-9x50. It makes for an excellent all weather hunting rifle. It also just happens to shoot nosler trophy grade 140 AccuBond ammo extremely well.

Right at dark a small buck came out right on cue 100 yards in front of the blind, just about exactly where I had the tripod set up for him. It took dad a minute to find the deer but luckily it was in no hurry. He made a perfect shot at 102 yards dropping the deer on the spot. The 140 AccuBond entered high lung, scrambled lungs and left a 2” exit.

It’s the first deer he has gotten in probably 18-20 years and he was all smiles. 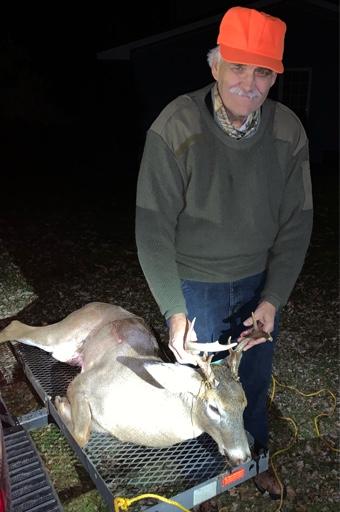 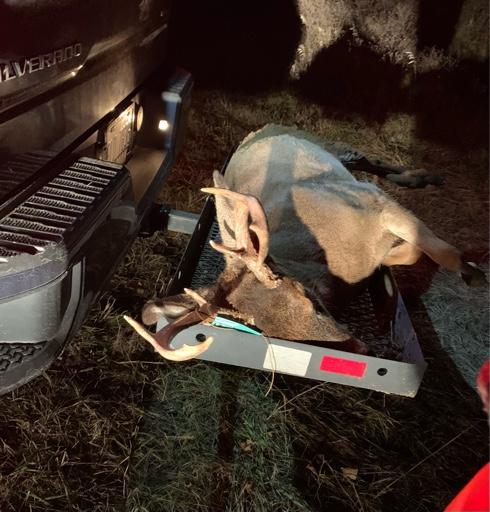 Congratulations to both of you!

I was in se Clare county… loudest opening day in years…

Congrats to your Dad! Us old guys like to prove we still got what it takes. Well done "son". CL

That is so very neat. Glad you were able to work with your dad to tag his deer. It is a decent little buck. Undoubtedly, he will provide some fine meals for your dad and those he chooses with whom he deigns share his bounty.

Congratulations to your Dad.

Great story and a nice deer to boot.

Congratulations to you both.

There is a time when we pay back.
As kids, they care for us.
And then there comes a time, when we help them.
My dad passed with 44 and I would have been glad to be able to take him out.

Happy you are a good son and remember what he did for you.
That smile is priceless and you will remember that moment long after he is gone. Which I hope will be a loooonnnnggg time from now!

I still remember him taking me fishing. And he will be gone 40 years next April...

That is great you were able to help your Dad get that buck. Congratulations to him and good shooting, Dan.
6

Congratulations to your father and to you as well. Very nice buck and he does look very happy. Those 280AI's sure are wonderful! Wish you had a picture of the rifle in with the deer too. 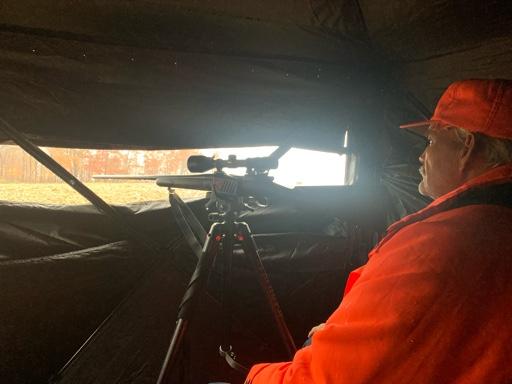 A picture of dad hunting. The tripod really helped

I got lucky today and connected on this nice 8pt while dad was at dialysis. 6.5 PRC havak with 124 hammer hunter bullet. 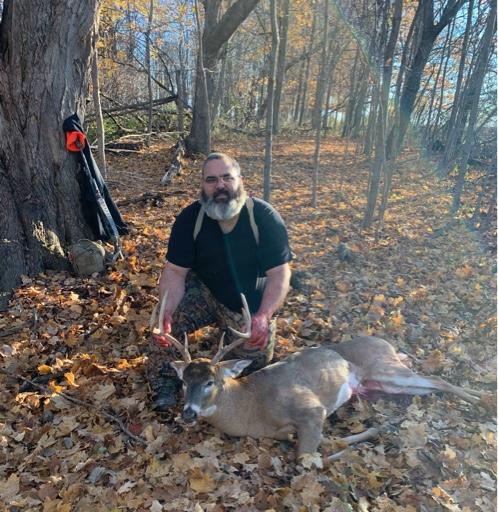 It was pretty funny because dad must have been watching the trail cams from dialysis. He texted me 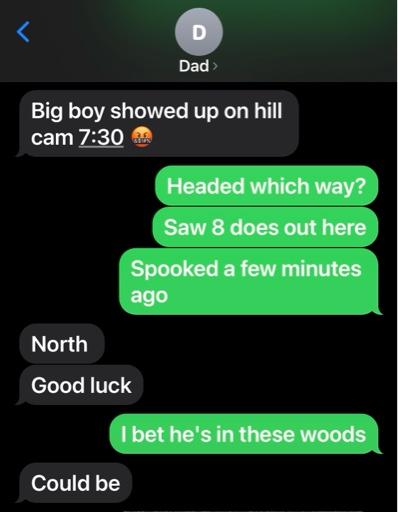 It wasn’t 15 minutes later my buck came ambling along the edge of the cut corn field. An easy 170 yard shot. Hit him thru the lungs, only ran about 30 yards to the edge of the woods. 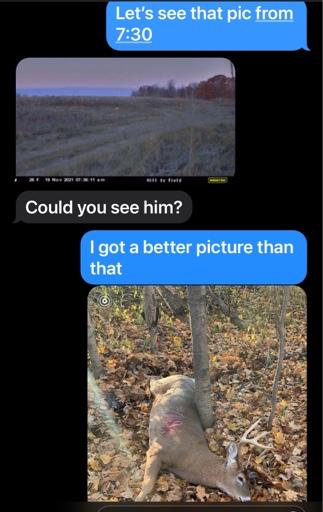 I’m going to get a shoulder mount of mine. I offered to do dads but he opted for a euro mount.

Bear what powder are you using in the prc?

Wish there was some h1000 around here. What are your velocities?

Bear,
Very cool. Congratulations to the both of you.

Really happy your dad got his deer. He's wearing a cool sweater, I wore one like it for many years, on duty.

That's awesome Bear. I enjoyed the story about your Dad. Big congrats!


And a dandy buck you shot also! Good year for you. Congratulations.
S

Hell yeah! Congrats to you and your dad on bucks! Man, that made my day!
You must log in or register to reply here.