After vigorous scrubbing and brushing to remove the carbon rings out of the 3 rifles, I was only able to remove more than half of the black streaks between the lands, only black streaks shows in the first 30% of the barrel, the rest are clean and no more carbon rings either. I was curious on how it would shoot. Only had 5 old bullets for the 7mm Magnum, used them for fouling the barrel, and saw .5 MOA which is acceptable accuracy, and I forgot the cheekpad at home which gave me a quite hard time focusing.
I had purchased the .30 caliber 150 Ballistic Tips during the shortage in case I ran out of my best bullets, but its not my preferred hunting bullets since I use the 165 -168 BT and the 178 ELD's only which shoots very well. I tried the BT 150's 2 weeks ago with Varget and only got .4 to .5 MOA at best and max velocity was 2920 fps average ( Nosler book max load ) and only one trip to the range, this time I tried with H4895 up to book max load and best was .5 MOA still with COAL of 2.850" , max speed was 3015 fps at 46 grains. That is 30-06 speeds ! I felt nervous midway of shooting those 3 round groups, thought I'll see pressure by the time I get to shoot the last 3 rounds ( don't like pulling bullets ) , but there was no pressure, no extractor marks or hard bolt lift. I expected better groups. I guess seating depths may tighten those groups, but its acceptable for deer and hog hunting. 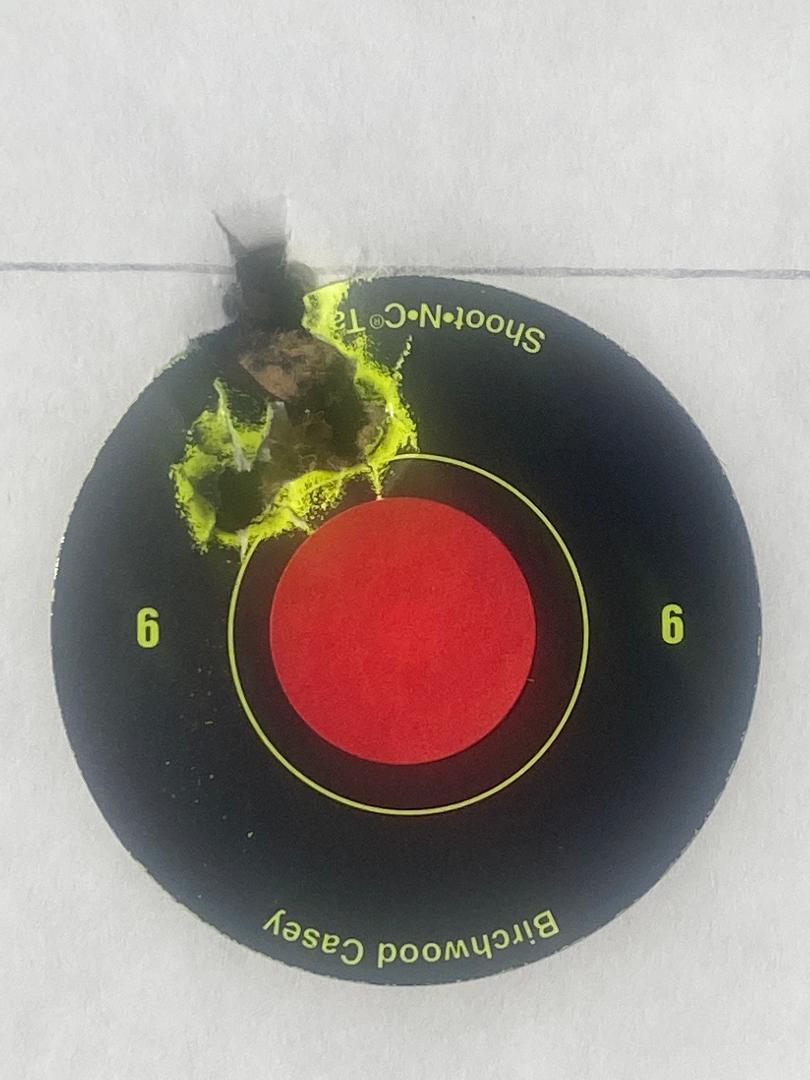 Used the old bullets from two seasons ago when I bagged a cow red stag with a shot to the center of the neck head on with a 120 Ballistic Tip using the 6.5 Creedmoor. Those bullets are so accurate and only have half a box of those left on the shelf. I only had 9 bullets in the ammo box, so i fouled the barrel with 5 rounds, seeing those holes get closer and closer to each other. I let the barrel cool 5 minutes while sipping some coffee, then shot the last 4 rounds and golly, all in one hole which measures .020" of an inch roughly. Insane. And yes, its 100 yards. 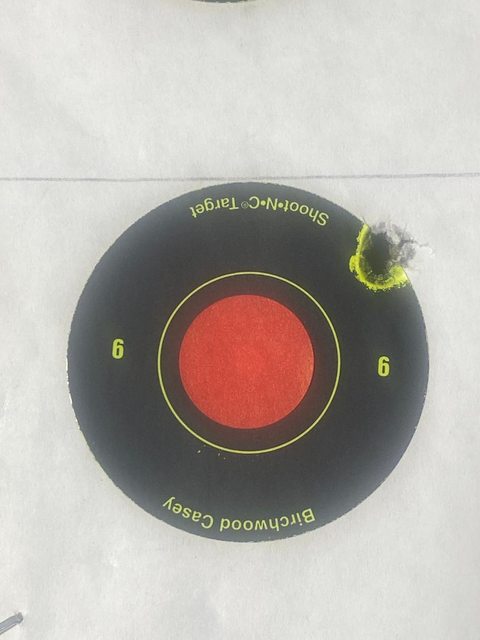 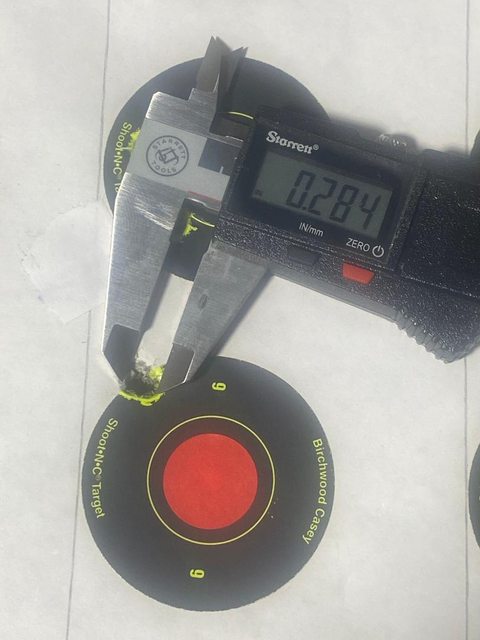 After shooting the rifles, while the barrels are warm, I started cleaning them with Bore Tech Eliminator. In the past I only cleaned them before the shooting sessions. Thanks to the borescope, sweat and tears brushing them out, lol.

Oh, yeah, that'll do! Nothing wrong with that accuracy.

That's an alright group I suppose...

What do you do for an encore?

Well, you ruined that one. Tell ya what. Pack it up and send this way, I’ll make certain to dispose of it properly, to save others the horrors of shooting it…

Yep , your hard labor sure paid off.

hunter24605 said:
Well, you ruined that one. Tell ya what. Pack it up and send this way, I’ll make certain to dispose of it properly, to save others the horrors of shooting it…

I'm always humbled by the willingness to suffer for the sake of "friendship" displayed by this crew.
You must log in or register to reply here.