My son and I enjoyed a morning at the gun club. We've been hitting it most Monday mornings for the past few weeks. He was shooting the nearly 50 year old 6mm Remington 700 BDL, with a 3.5-10x Leupold. I've had that rifle since 1974, but have considered it his rifle since he was 12 years old, nearly 20 years ago. :grin:

Our handload hasn't changed in decades, right from the Nosler Manual, and a max load:

It's good for a bit over 3,000 fps. The manual shows 3261 fps, but they used a 24" barrel and I've NEVER gotten the velocity Nosler indicates for their Reloader 22 loads. Close sometimes. 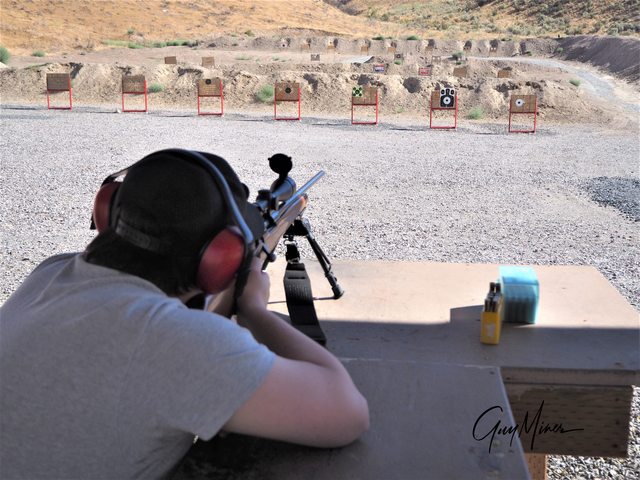 This is pretty typical for the rifle & load at 100 yards: 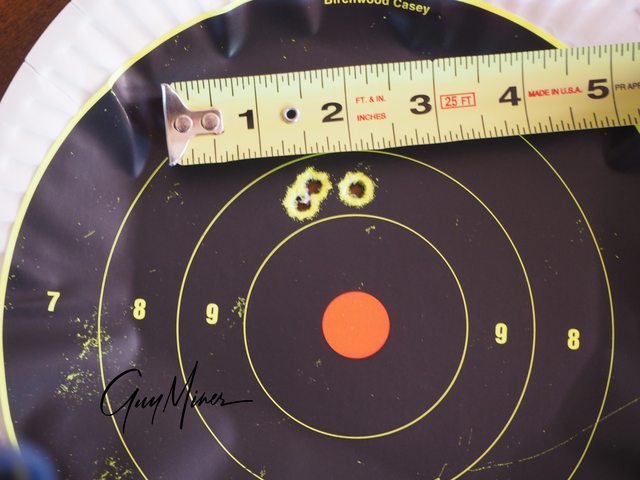 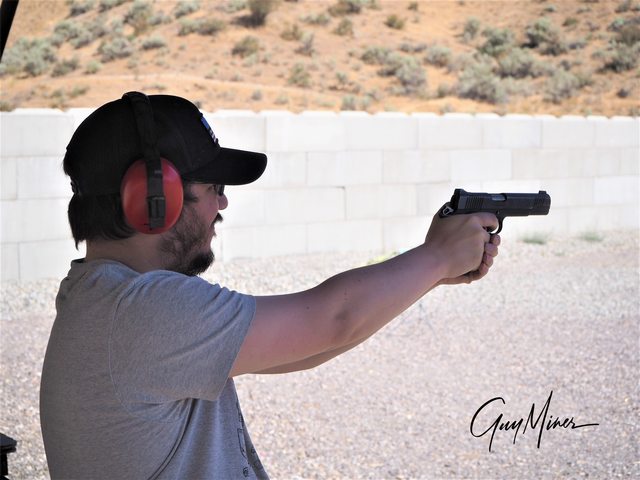 I stuck with my lever action rifles and will post on them later.

Guy,
Great way to spend a Monday morning. The 6mm Remington is a cool round and your son certainly knows how to make it sing.

Looks like your 6mm is still grouping well after all these years. Dan.
T

The 6mm Remington a great round, I wish I kept the old 6mm Remington I had, but it was a 1:12 twist and could only stabilize the 80 grain pills, the 100 grains would keyhole on paper. Hopefully one day I'll convert the current short action 6.5 x 284 single feed Rem. 700 into a 6mm Remington with the magazine which was its current caliber back in the day since I have a long action GAP 6.5 x 284 coming next month with the 7.5 twist.

wvbuckbuster":2te69hpm said:
Looks like your 6mm is still grouping well after all these years. Dan.
Click to expand...

Thanks! It is shooting well, with quite a few rounds downrange over the years/decades. How many rounds? I don't know. I shot it a lot when I was a young fellow, mostly varmint shooting with 75-85 grain bullets going as fast as they could move. :grin:

Over the years I used it a bit. Then my youngest son took it over when he was 12 - and he's 30 now... Funny, I still handload for it! :grin: "Hey Dad, can you load some more of those purple tipped bullet things?" LOL! Ya, I can do that.

He's done real well with that old rifle, he's shot more deer with it than I have, that's for sure!

BTW, it was my high school graduation present from my father... So, it sure makes me feel good that my youngest son has it now and shoots it well.

That ol' rifle has some pretty cool history.

I have been waiting for the weather to cool off here and Trap League to get over next month, I will get my 6mm Rem out.
I have the same rifle but I want to load a Nosler 95gr BT up with some Reloader 26.
I have in the past used Reloader 22 also but with Hornady 100gr BTSP.
I am hoping for more Speed with Reloader 26, but we will see.
Would you not like to go back to the 1970’s and buy some more M700 as I think I paid around $ 180.00 back then but I’m not 100% sure it was so long ago, I do know I worked all summer doing field work walking bean fields and corn fields.
S

First try with using Ramshot Hunter in this rifle was promising. Am going to load more 6mm cartridges with it and give it another try. Have several pounds of it on hand, and can't seem to find any RL-22 locally, so Hunter it is.