First, I want to apologize for the photo quality. My nice camera was destroyed enroute, which I found when I opened the camera case on the river. I can replace the camera, but... The conditions were excellent for some great photography, and I was reduced to using my cell phone. Sigh...

Weather was great, which is NOT normal for this area. Bears were present every day. Bear activity level was higher than I've ever seen it on the Tsiu River, during the day. My niece, my sister, and my father were also on the trip, as were two dear friends of ours. And there I was, without a good camera. Sigh... So, with that disclaimer, here are some photos of an outstanding, though too-short, trip to the Tsiu River, out of Cordova Alaska. We always go with Tom and Katie and their Alaskan Wilderness Outfitting Company: http://www.alaskawilderness.com/

Dad thinks this was his 20th trip, maybe the 19th. Either way, he's been fly fishing the silver salmon run on the Tsiu for a long time. He's in his 90's now, and still out there casting and catching. I'm glad the weather was mild for him this trip.

About six years ago I taught my youngest niece to fly fish, but I don't think she's been since! She was a little awkward the first afternoon of fishing, but quickly picked up her old skills and started copying what the other anglers were doing, and soon enough she was fair-hooking silver after silver! So proud of her.

Dad and my niece in front of the Otter, on the grass & sand strip at the Tsiu River: 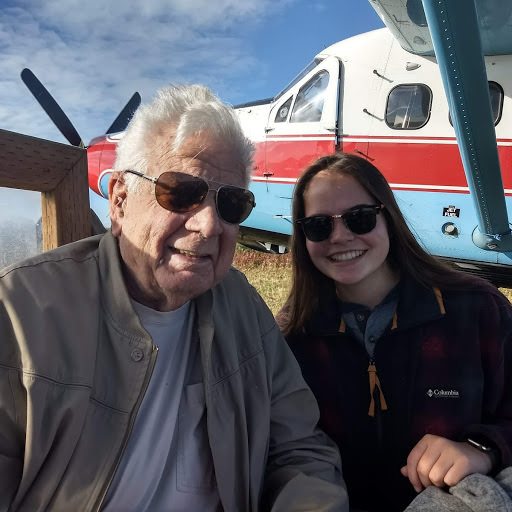 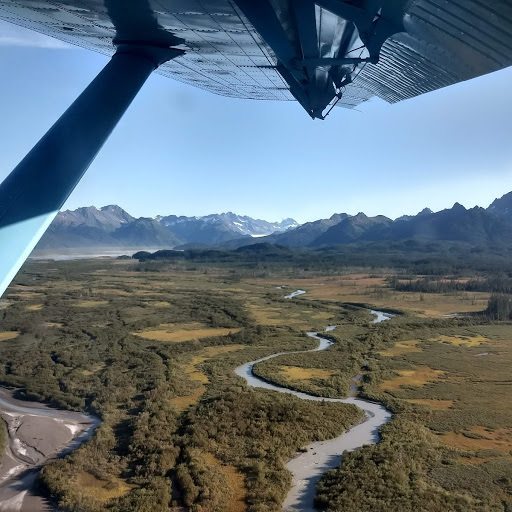 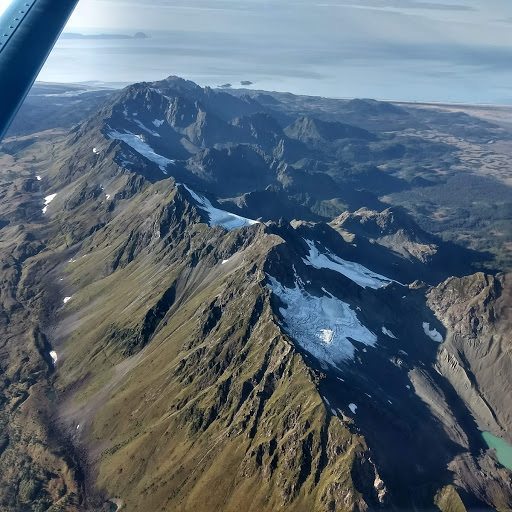 Fishing in a t-shirt in Alaska? Yup, this time! Typical silver (coho) salmon, and as usual I had my 8wt St Croix rod and Ross Reel. Mostly I used a sink tip and a variety of wet flies, but I also used a floating line and a surface popper called a "foam pollywog." It was very cool, taking a silver salmon on the dry fly. That doesn't happen every trip. This one was caught with the sink tip line and a wet fly, like most of them. 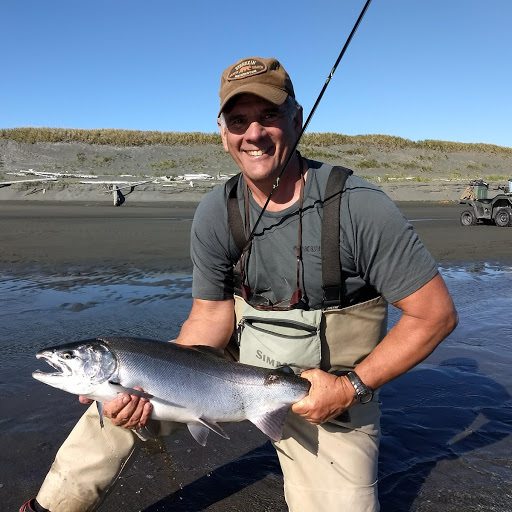 We had a few guys with rifles & shotguns, so I just carried bear spray. 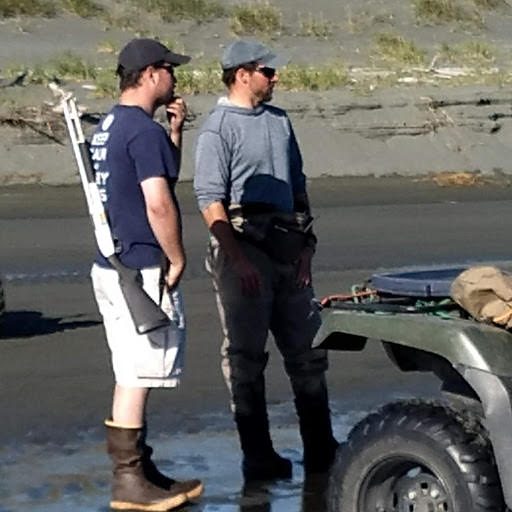 My niece, our fishing guide, and a nice salmon! 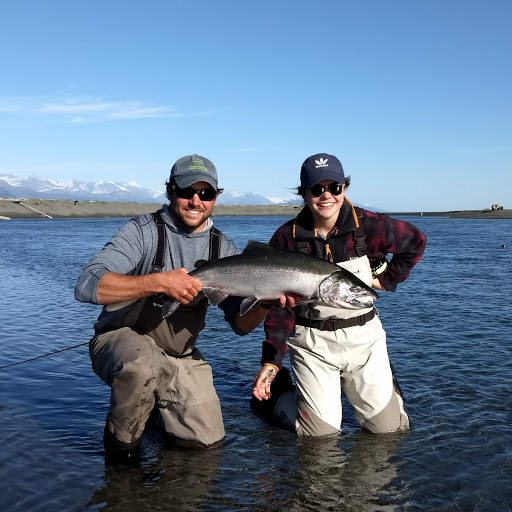 Mama Bear and two cubs, checking the beach for edibles. 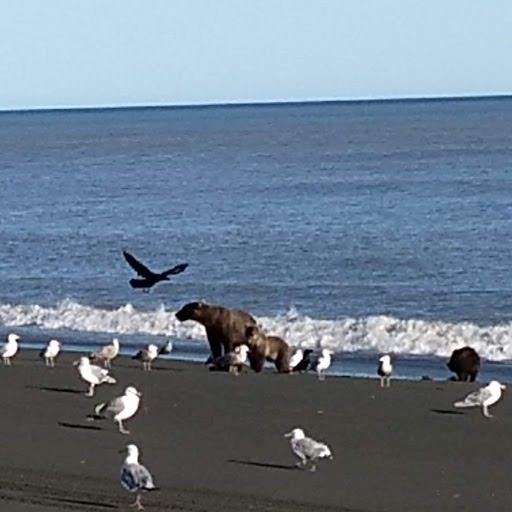 Fair sized bear, heading into the brush to nap, after feasting on salmon: 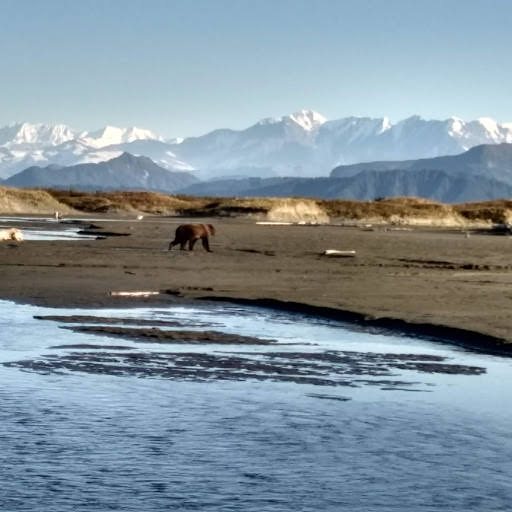 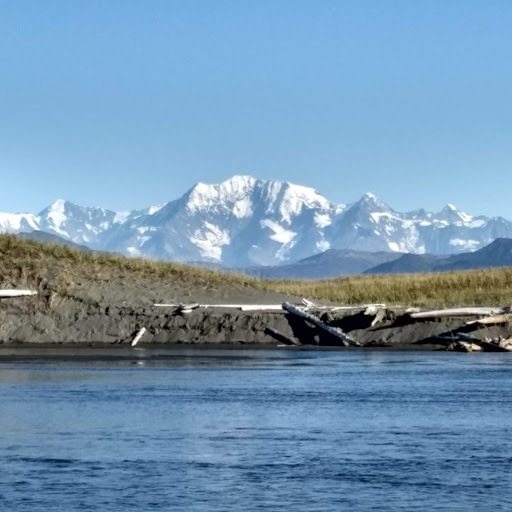 Yogi, sharing my fishing hole. Yogi was a fair-sized male, and very respectful of us and our area. He was actually a very pleasant bear to deal with, and interesting to watch. He'd expend less energy than any other bear I watched, to catch a salmon. He'd watch for a group of salmon to get into shallow water, then slowly stalk them, "herding" them into water that was very shallow, then he'd pounce! He's pin the salmon to the sand, dispatch it, and carry it to his sandbar for a meal.

After he'd eat, he'd just lay around, napping. Sometimes rolling on his back and scratching his tummy. He was a pretty mellow bear and fun to watch. He also ran another bear right on out of "his" area. He'd share with us, but not with another bear! 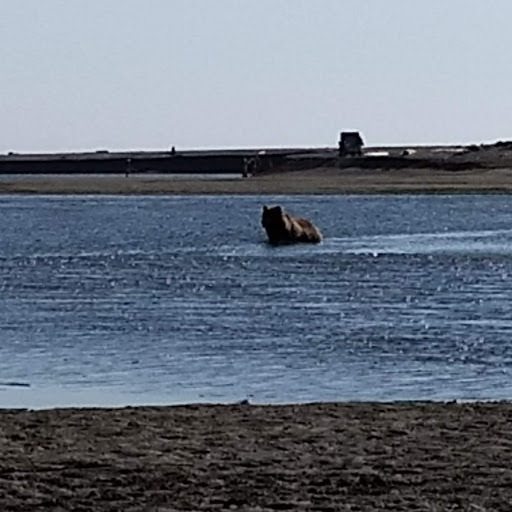 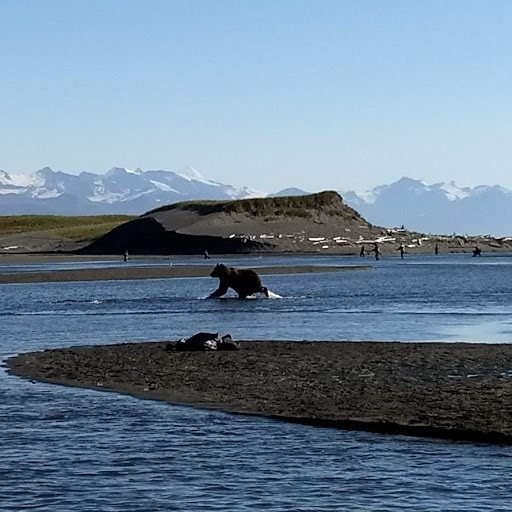 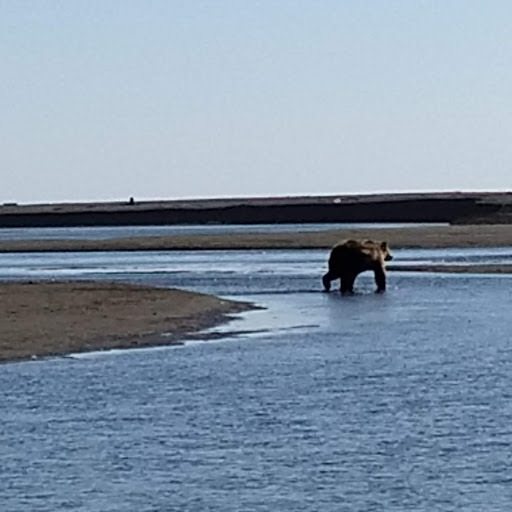 Some of my fish: 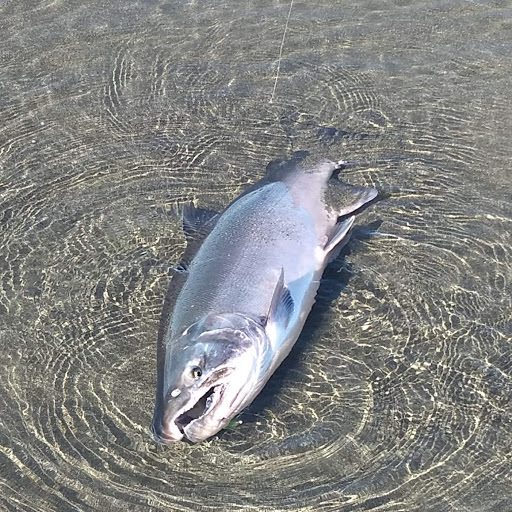 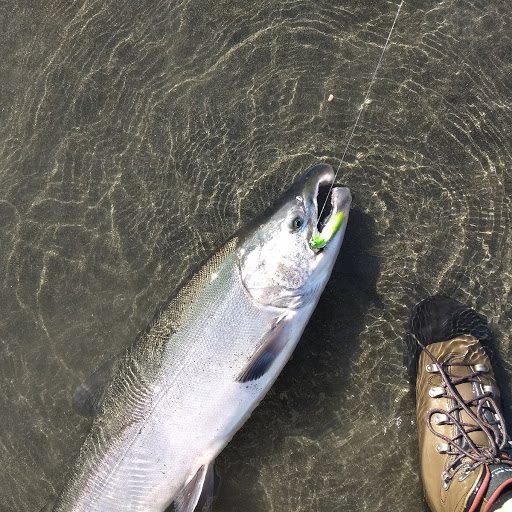 The foam pollywog on my St Croix rod: 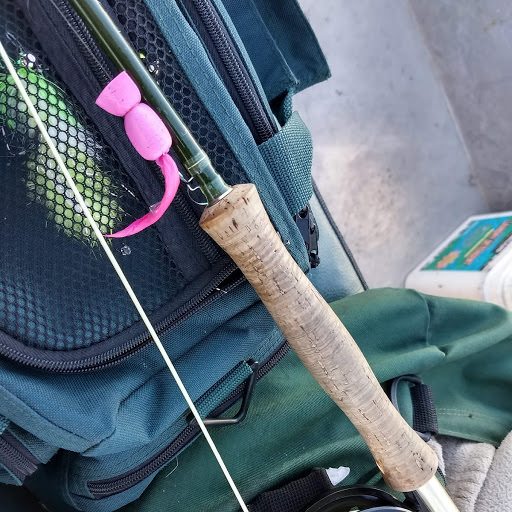 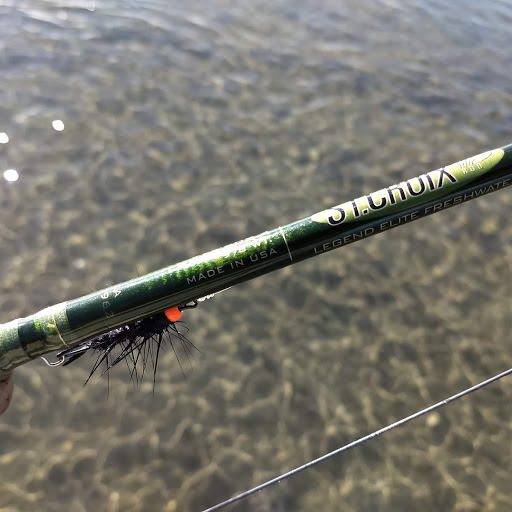 The 206, about to carry us back to what passes for civilization. I miss the place already: 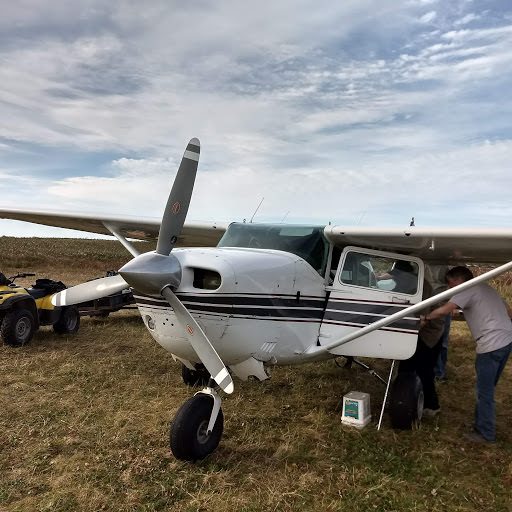 Excellent report, Guy. I'm certain you missed having your camera, but you did wonders with your phone. Enjoyed the pictures.

Thanks for sharing Guy. The cell phones these days don't do too bad and better then some cameras.
E

A great trip and narrative. Thank you!

Looks to have been a great trip. Sucks about your camera still some nice photos of the fish & Family.
A

Thanks. Felt like one heck of a quick trip to your great state.

Flew to Cordova on the 7th. Out to the lodge/river on the 8th and fished that afternoon.

Flew all the way home from the lodge (four different aircraft, ugh) on the 12th.

I like my trips a little slower paced and longer, for that much travel. :grin:

The three and a half days on the river though... Those kind of blended together in my mind. Really nice.

I like that pink gurgler. Nice fish too. What weight rod and what type fly line were you using? I looks like you used two different lines.

I did use two different lines! :grin:

When conditions were right, I swapped to a floating line and about 6' of 15 pound leader.

The topwater action was great, but, infrequent. Most of my fish were taken with an "egg sucking leech" pattern fly on the sink tip. Quite a few on a Clouser. And an assortment of other flies.

Looks like you had a great time out there Guy. Great pics and great story.

Glad you made your annual trip with your Dad.
Looks like a great time.

Thanks JD, I last fished the Tsiu with Dad in 2015. It was time to return. Past time. I don't know how many more trips the old man has in him. He spoke of this being his last, then on the trip home he was talking about going back, next year... We will see what he wants to do.

Salmonchaser - I forgot you had a thread titled "Alaska 2018" so I just changed mine to reflect the Tsiu River, where we fish. :grin:

Guy I must apologize, I had offered to send you a couple of my top secret silver flys and completely forgot to do so. I will make sure you have a couple to try on your next trip.
As to the Tsiu river; absolutely one of my favorites, all things considered, if I was heading to Alaska to fly fish for silvers it would be one of my top choices.
Glad you had a great trip.

Fantastic experience Guy!! Awesome.
You must log in or register to reply here.