First trip to family farm is a long while

Well we went to visit my parents on the farm in Missouri, having been close to them in summertime Alaska, didn’t have much of a reason to visit Missouri in winter. Now that we left AK, might as well visit during deer season!

This was grandpas, he bought it in the 50’s after the war, all he wanted was a place to hunt and catch catfish, and that’s what he did here for 60 years. Large fish fries with 200+ people down at the camp, fishing, drinking, carrying on all night.

There’s a little draw that consistently puts up 1-2 good mature deer most years and I love sitting there in my folding chair, looking down the river bottom on the left, down into the draw on the right. Opening morning a little 8 pt came by at 20 yds not even looking around. He was heading right towards where my cousins boy was setting so I watched him go by and hoped he would get a chance. No luck, he turned and went behind his stand.

Seen the same deer a couple more times but was waiting for a bigger one. I spent a lot of time sitting with my 5 year old, needless to say the smart deer were most likely making a large loop around that noisy deer stand hahaha. I wanted him out there as much as possible, so planned on success being a bit rough as holding still at 5 is hard when squirrels and animals are all around.

We had a midday chance at a coyote, I had a 300wsm with me this day, and tried out the partitions. I expected a lot of damage but it mushroomed and punched through with about a 1” exit hole, very happy with that. 1 more advantage with a Partition, no explosion on a soft coyote. 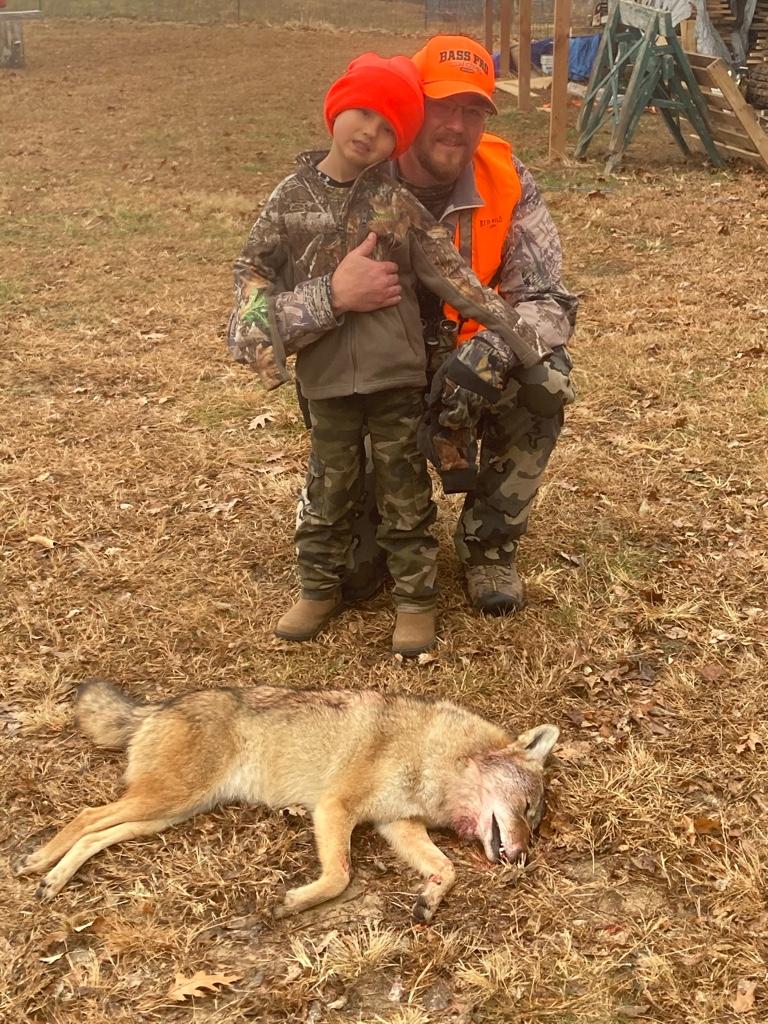 One afternoon he decided he wanted to eat a squirrel, so we went for a walk and brought one back to test out. He said it was chewy lol. We didn’t take the time for a crockpot, just chicken fried it. 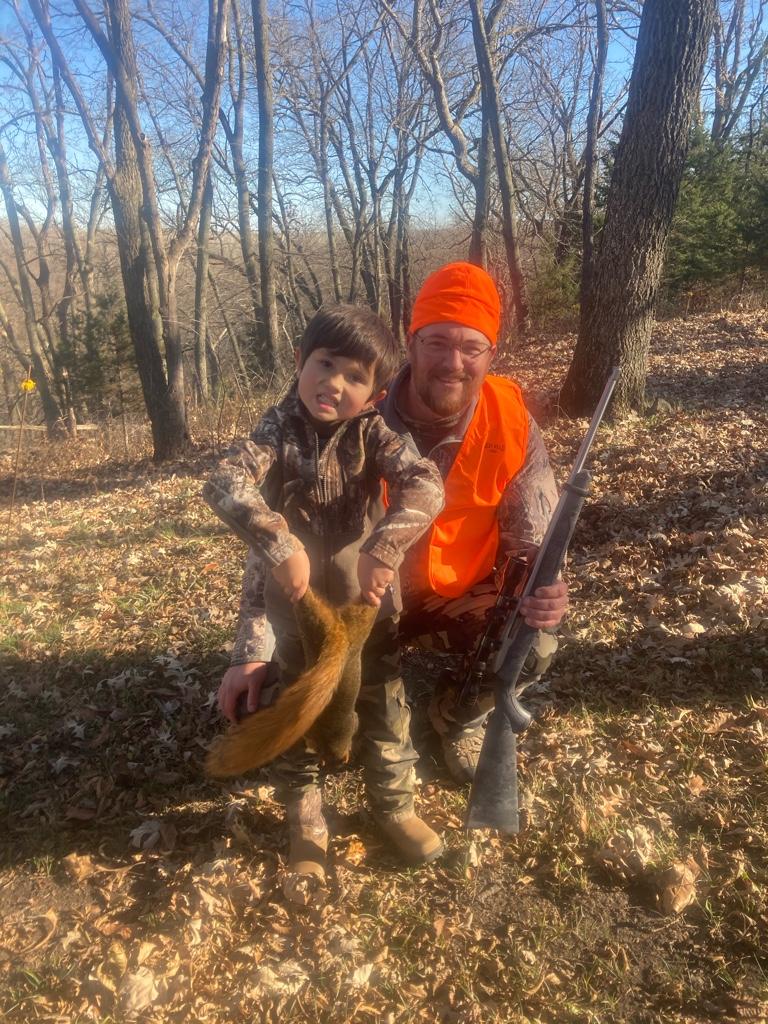 In the middle of this, my cousin calls and says a guy has 3 oversized hogs the plants won’t pay much for, wants to know if we want to buy a 350lb hog for $125? Uhhh sure! So we end up with 3 for the entire family, spend a day cutting up(dad and I used to run a meat shop). The entire family is stocked up, I got half a hog for $62.50! 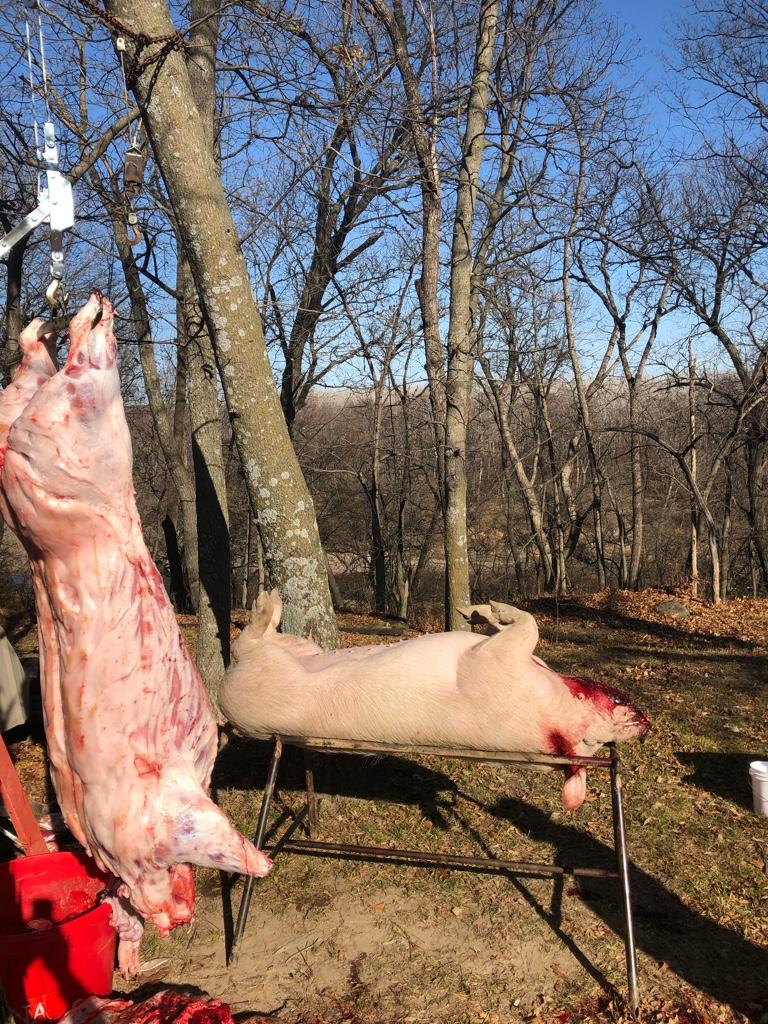 The next day was Wednesday, and we had to leave Friday. Decided today was the day, first fat doe was going in the freezer. Well, the little 8pt from opening morning came in, so I ended up taking him. He was a little rutted up, but zero bad flavor, super happy about that! We had bacon wrapped tenderloin and deer/pig heart for supper 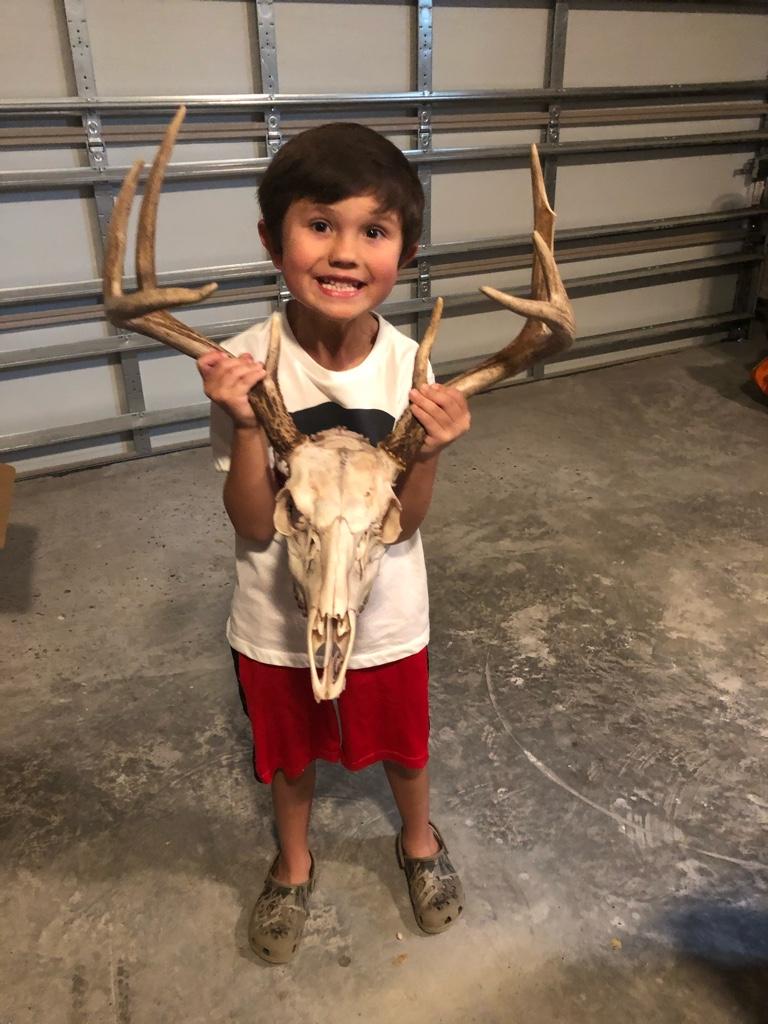 We had a pretty good time, it was nice taking my boy with us. This was his second hunt, his first being mommas caribou hunt last fall. The one good thing about not living in AK, it’s much easier to get the kids out hunting without planning for every bad thing that could happen!

He really enjoyed sitting out there, scared a buck of I was grunting in when I said hear the steps? He’s getting close. He says I gotta pee. I said you are gonna have to wait. He said I’m going right now in my pants if don’t stand up. Well, da turdy pointer was gone lol. 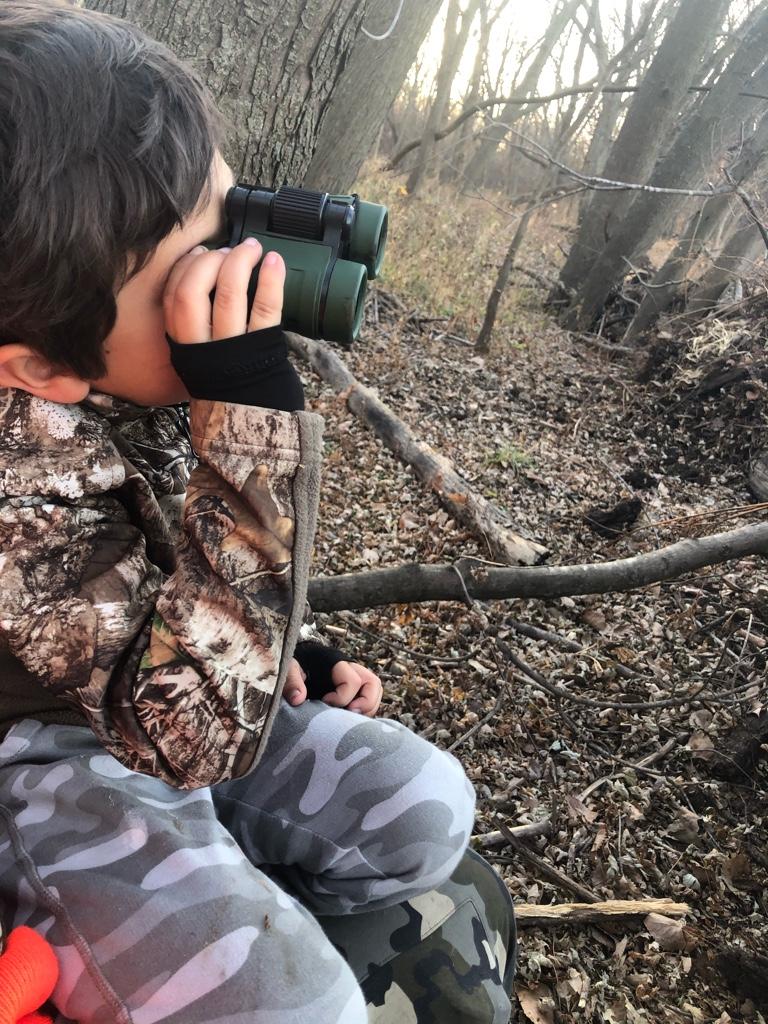 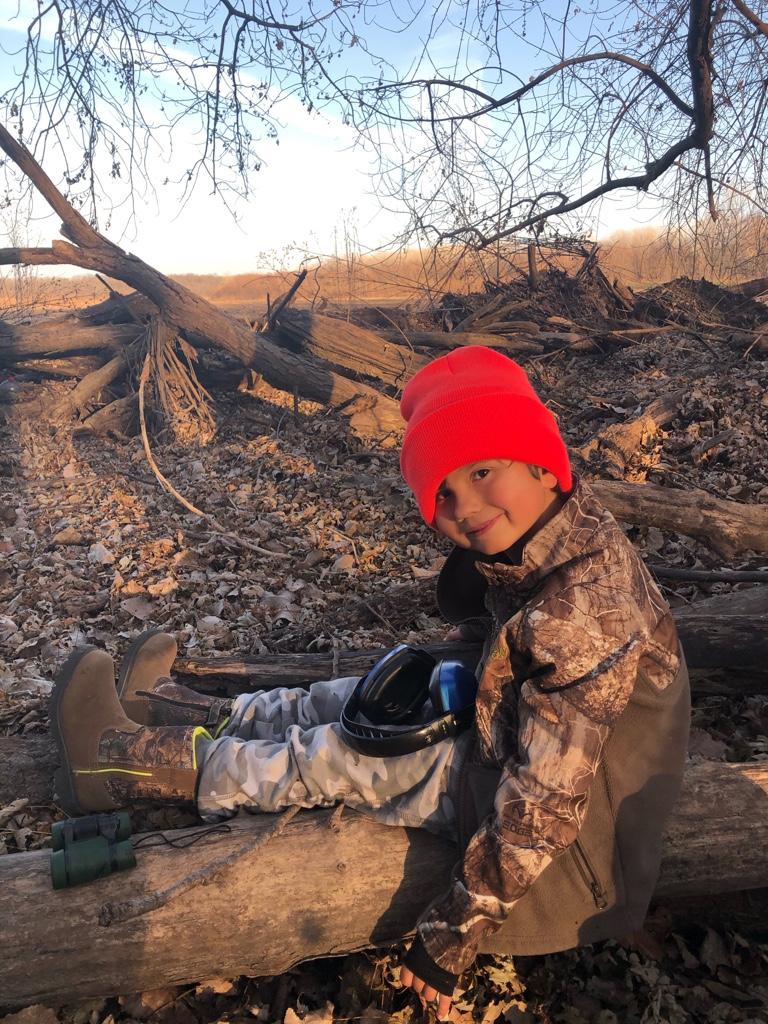 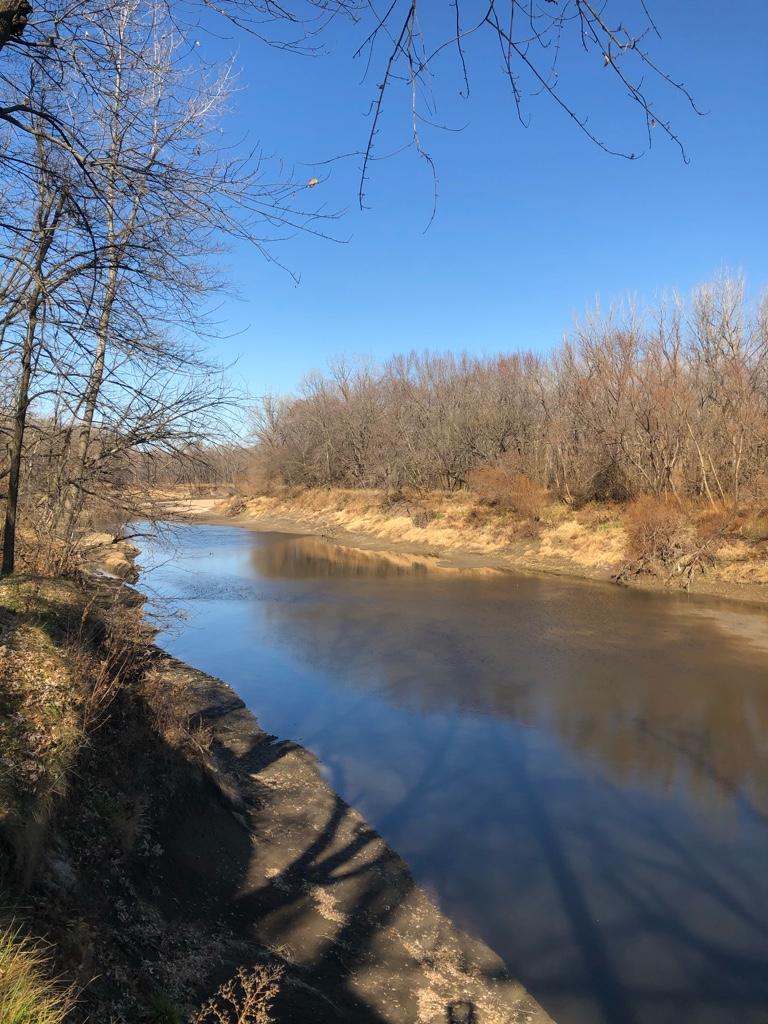 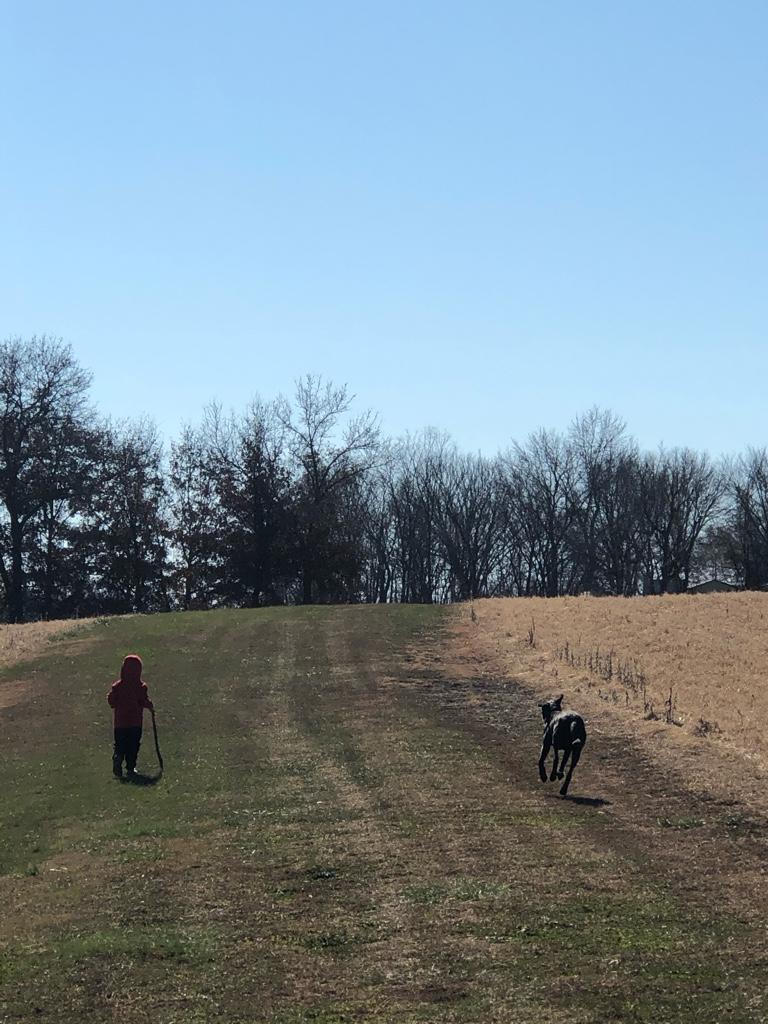 It was a nice trip, first time off work in 14 months, felt pretty darn good. Back in TX eternal summer now, so time for the beach!

Congratulations to you and your Son on a great family outing with fine results destined for the freezer and dinner table... Thanks for sharing your experience.. Very enjoyable to read... Rol
S

Haha great times! Good looking country also. Can't think of better ways to spend a few days. Your boy wont forget any of it. Congrats on all the game and meat, and that 8 pointer isn't that little!

Far as just frying up that fox squirrel, yeah they gonna be tough that way. I bet he was a little chewy! :lol:
N

Congratulations. Sounds like a great trip home. I visited Missouri once and liked what I saw. May have to visit again sometime.

What a neat hunt. Sharing it with your son only makes each part of an adventure that will grow legendary with the passage of years. How rich you are, and the memories will only compound into a wealth of joy with each passing year. Excellent report that makes the heart of an old man overflow with memories of his own.

Well, If that aint just adorable, I don't know what is! Good family time. Years from now you will realize how lucky you are. Hopefully he will too. Well done! CL
6

Very nice! Great to see you enjoying it.
You must log in or register to reply here.