I have a Henry Big Boy X (funny looking thing with a Kings Gate) in 44 mag that will regularly fails to eject spent cases (factory and reload). Cases stay in the action or dribble off the side regardless of how hard the lever is cycled. I'm not finding much info on the net for troubleshooting what appears to be a fairly common issue to all Big Boys.

Best post I've seen is by Ace of Hearts at: https://forums.sassnet.com/index.php?/t ... -problems/, but I honestly don't know what to make of it as he assumes a familiarity with Marlins, and frankly I'm in-experienced working on lever actions. I've used a good number of them, just never worked on one...

My current plan is to try and open her up and do a deep cleaning / bolt disassembly if I can figure it out... I'm not seeing much in the way of instructions online, given the addition of the Kings Gate. I'm open to any suggestions, things to watch out for, hard lessons, etc. that you care to share.

Also, does anyone have any experience with: https://www.midwayusa.com/product/1800161270/? I think this is the ejector that Ace of Hearts mentioned; but I sure could be wrong on that.

FYI - I'm looking to hunt with the rifle in the later half of Nov. so I'm aiming to fix what I can and than send to Henry in 2022 if needed. I've been using a single shot CVA in 44 mag, so having additional shots while hunting isn't a big deal for me... Having to fiddle with the gun to get a round out while zeroing / testing loads is a pain since time at the range costs me time in the woods with my bow.
B

Call Henry ASAP. They will have it back in your hands in about 2 weeks, well before hunting season.

bdbrown66":1bfkqs9u said:
Call Henry ASAP. They will have it back in your hands in about 2 weeks, well before hunting season.
Click to expand...

Sounds like a broken ejector...if it's pulling the case back out of the chamber but not kicking it out of the receiver that's the most likely culprit.

Call or email Henry and ask them to send you an ejector...its not a part that requires fitting, should just drop right in... I'd say they'll send you one right out, if they don't offer a free one offer to buy one, shouldn't cost much.

Don't tell them you're not familiar with working on lever actions... they won't send you anything if you do.

Replacing it only requires removing the lever and bolt, easy as pie, really, it is a 5 minute job to take it apart, install it, and put it back together... there's probably some YouTube videos on it... Henry Big Boys are very similar to Marlin, but there are important differences to note... the extractor being one of them.

If the ejector is broken (it is usually the spring side) make sure you get both pieces out.

Take care not to over tighten the screw that holds the lever in the receiver... just snug it down firmly... they do jar loose some with shooting, as do most other screws on lever actions... every time, when cleaning after each use, check and snug them all back down.

All that said.... Henry does have EXCELLENT customer service, they will fix it for you if you can't.

They're known for being very quick about it too... but I'm not sure how the current situation with the pandemic and all that figures in.... seems everywhere is short handed right now.

Forgot to mention.... side gate or not, they all come apart and go back together the same way... the action is exactly the same.

The side gate is just held on with a single screw that can be a bit of a pain to get back in sometimes, but you don't need to remove it to change the ejector.

It could be the extractor, or a combination of extractor and ejector.

The extractor isn't very hard to get at either, but is a little more involved than the ejector, requiring some disassembly of the bolt itself and a small spring that can get away sometimes as small springs like to do.

That's about all I got...I hope you get it sorted out in time...I love my Henry carbine 41 mag.... those SASS guys hate them for valid reasons, but they're a fine hunting gun.

Thanks for the responses, I appreciate it!

I was going to contact Henry yesterday but life got away from me... On Monday I got a phone call at 8:30 stating that my new roof was being installed that day (two weeks early), sold a truck among a few other things that required immediate attention. Today I woke up thinking, I'm clueless on how to work on the Henry so lets make sure I'm not missing something simple and know what I'm talking about before making contact with Henry (i.e. as RidgeRunner wrote - don't proclaim ignorance to the manufacturer).

I'll post back in a bit once things calm down. I'm thinking I'll make contact with them on Thursday or Friday as the bore is soaking and I would like to get the bolt out and make sure nothing looks broken / seized or otherwise out of order.

Little more info if anyone is interested. Over the weekend I fired off a load re-workup using different brass - 240 grain xtps over 23-24 grains of H110 in virgin Starline cases and everything grouped above my expectations at 100 yards (was previously using flashole deburred Winchester brass due to availability). I was getting a bit of soot along the rim which is a bit of a mystery as most of the cases didn't have much soot on their bodies. I had what I considered to be two good ejections out of 10 shots with 5 hangups in the action. This summer I was mostly playing with factory 44 specials or 200-240 grain lead reloads, and it was failing to eject about 20% of the time and I figured I was babying it or it needed some breaking in.

RidgeRunner665, good info / video and I appreciate the reminder to not proclaim ignorance with the manufacturer. The cases are dropping free of the bolt and staying in the receiver; so I'll go with your suggestion that its the ejector.

I know one guy locally with a 41 mag and he loves it as well, he's a bit too worn down to compete but he likes to attend and shoot a course now and again. I forget all he has, but I've shot a number of his lever actions and have borrowed one of his 44 mags (if my 44 mag was down I have a standing offer to borrow one of his) to hunt with over the years. He's a bit partial to the Rossi brand, due to price and that they have the classic Winchester 92 style action.

I know its a bit sacrilege to the Winchester / Marlin crowd, but I've always preferred the Henry design. I consider the ability to unload via the tube to be a safety feature especially with younger shooters or when I'm exhausted (failure to fully unload a rifle and driving is a bad thing in MI, and it is very bad form with the crowd I run with to enter a building with a loaded magazine). I also like the closed action with side ejection over the top ejection of the 92s. First rifle I deer hunted with was a Marlin 30-30 and it was a quality piece.

Mine shoots Swift A-Frame bullets much better than Hornady XTP's.

Those A-Frames are pricey, painfully so, but for hunting it isn't so bad after load development and sight in...I only shoot about 5 to 10 of them per year...on game performance is excellent and dependable, no matter what kind of bone they hit, they come out looking just like the bullets in Swifts advertising pictures... if they don't hit bone, they most often exit the off side on deer.

XTP's shot well in mine at first, but then the groups opened up after the bore got seasoned...I still use them for range fun though.

The soot is likely just the H110... which is a great powder, not saying it isn't at all, but it is hard to get burning good.

I use Accurate 4100/Ramshot Enforcer (same powder, different label, manufacturer confirmed)...it is ever so slightly faster burning than 110, and easier to ignite...same great velocity and accuracy.

Sent from my SM-G986U using Tapatalk
B 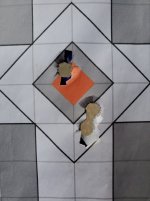 Thanks for the load data, I'll keep the xtps going south, along with the 4100 / Enforcer and Accurate #9 in mind. I think I've seen Accurate #9 available locally.

Casual shooting (magnetospeed attached and shooting off of a BOG tripod) last weekend to test velocity and checking for anomalies (like the high failure to eject) showed two 3 shot groups within 1.25" at 96 yards, the 23.5 grain load gave 1630-1640 fps and the 24 grain load provided 1660-1670 fps. 23.9 grains in Winchester cases was providing 1740ish fps but the groups opened up to about 2".

Real happy with the rifle, just need to find an hour to get the bolt out and detail clean / inspect everything especially after shooting a bunch of reduced / special rounds.
N

Thanks for the help. The video was very useful.

I didn't see anything wrong (broken or worn) with the rifle, ejector, extractor, etc. The bolt didn't seem particularly dirty either, but after the cleaning and lubing it ejected 6 out of 7 fired rounds this weekend. The 7th one I grabbed from the action due to stupidity on my end - I later tossed it in the action and it ejected okay... So I'm comfortable writing it went 7 for 7.

Ejection with the Starline brass sure seems weaker than the Winchester brass, especially when cycling dummy rounds (I don't have a count on how many I tried)... The following numbers are estimates, the Starline pretty consistently ejects 1"-2" with an occasional ejection out to 8" or so. The Winchester consistently gets thrown about about 7"-10" with an occasional 1"-2" throw. It might be down to my cycling technique, but I suspect it might be coming from a difference in the case's rim widths. At this point I'm very satisfied and I'll address it with Marlin down the road if I can't determine an actual cause (me, differences in the cases, ejector, lube protocol or type).

I'm open to suggestions on aftermarket ejectors or lube protocols if anyone has one they recommend.
You must log in or register to reply here.