I'm fascinated by herons - and will continue to try to photograph them. They can be challenging.

This one surprised me - for about 10 minutes I watched as he slowly stalked a pair of small ducks - sorry I don't know the species, but much smaller than a mallard or similar sized duck. They were feeding and swimming in shallow water along the bank of the Columbia River. He'd wait until their heads were both down in the water, then the heron would take a step or two, closing the distance...

Very obviously stalking those ducks! I'd never seen, nor heard of that before. Eventually he got pretty close, and when the two ducks popped back up, the must have realized the threat. They both flew off rapidly. Heron stood there for a minute or so, realized his snack had departed and flew away. I caught him right after he'd taken flight: 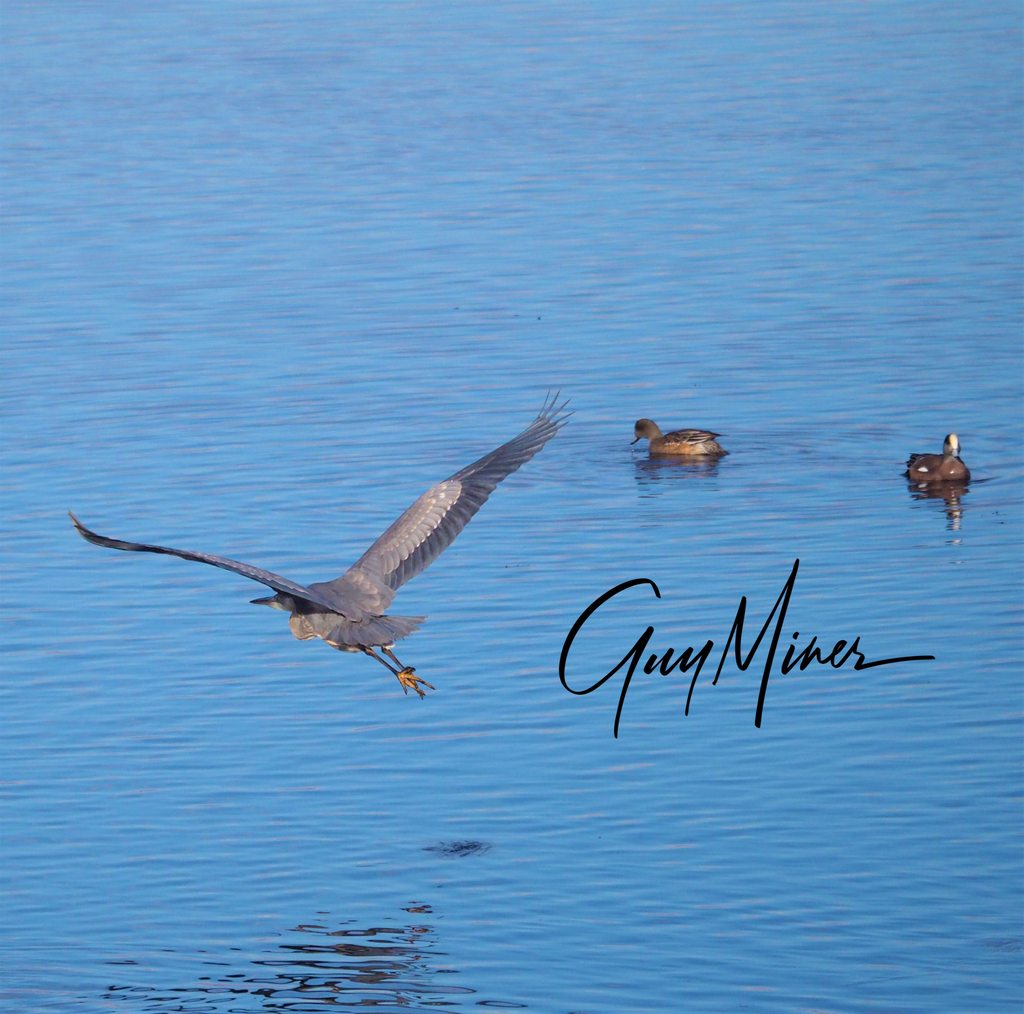 This one, I think I've posted here before. Getting this close took a round-about kayak stalk on my part. I went upstream from him on the Columbia then drifted back down towards him with the current. I only paddled enough to make sure I got close, but not too close, and was rewarded with the photo: 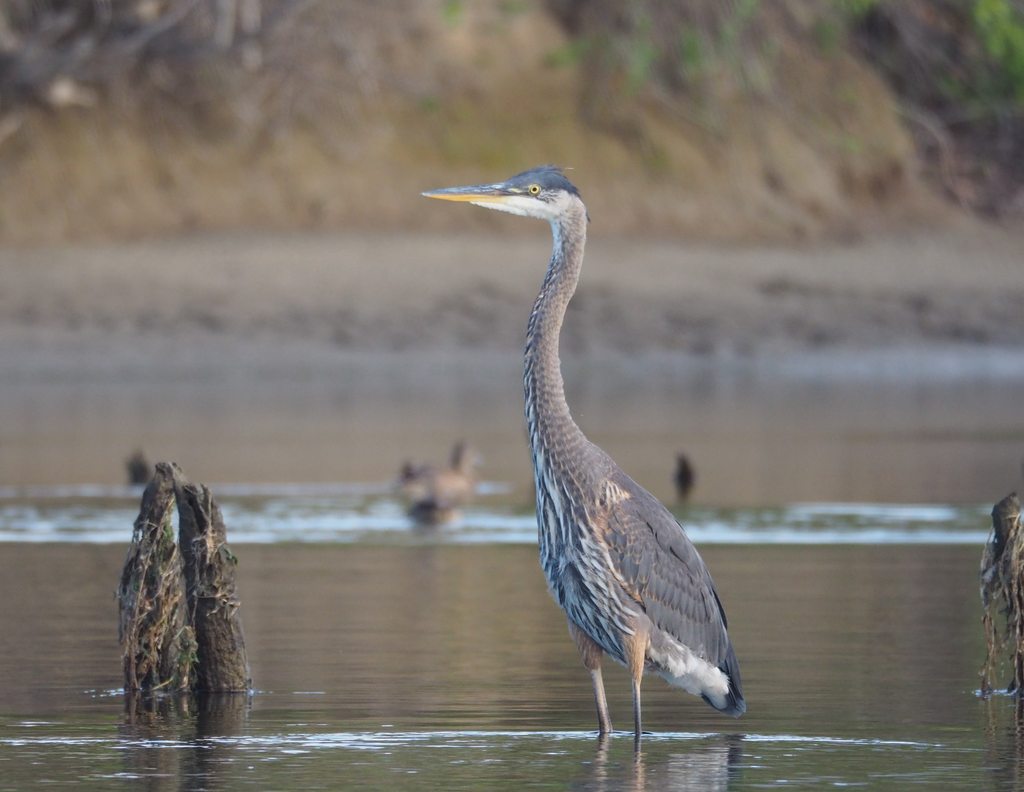 And took this one more recently while walking the dog along the shore of the Columbia River. He was hanging out with the mergansers that day. I can often find him in the same spot - it must be good for fishing! 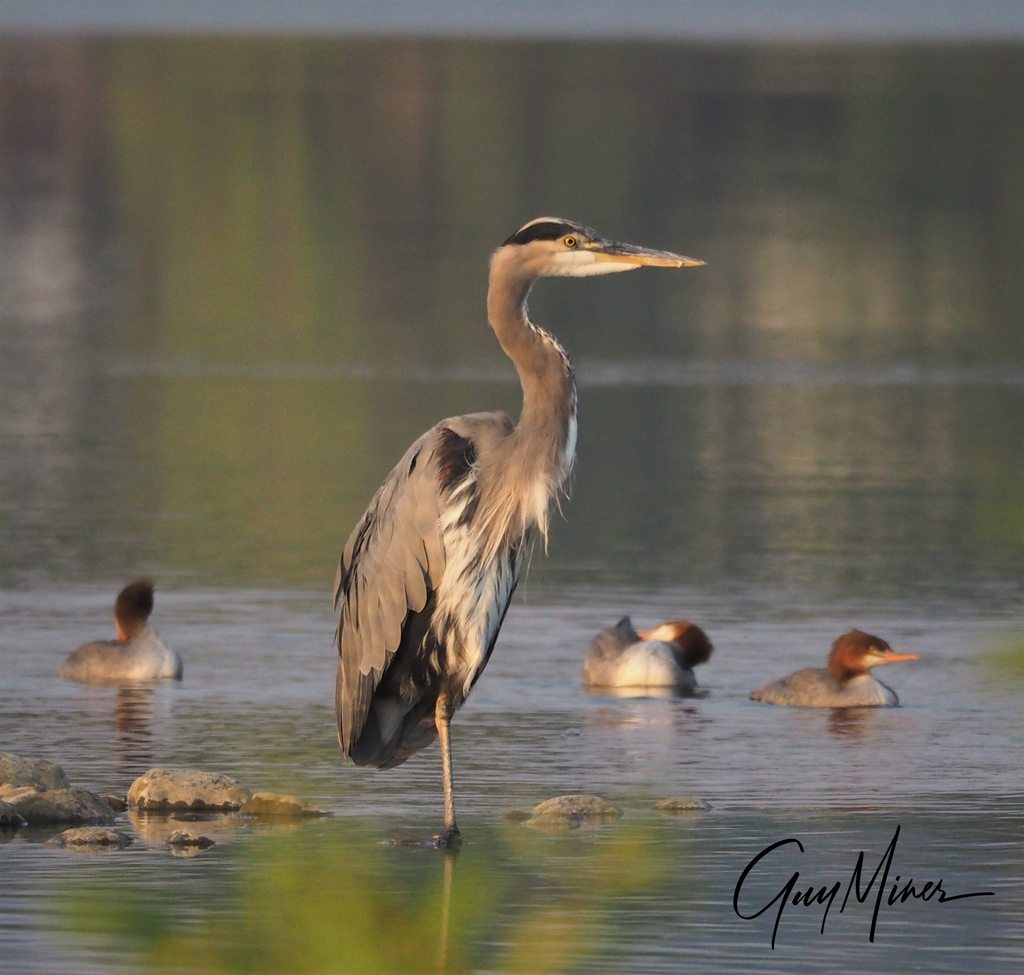 Just some wildlife photos for today.

They are attractive birds, well adapted for their environment. Great shots, Guy.

Beautiful pictures Guy. We have a couple of herons on our property. I enjoy watching them.

Sandhills ... there’s a bird to photograph... plumage is great!

Thank you for the pictures!

They are beautiful guy, thanks!!
R

Ya, heron was after a pair of rather small ducks. I'm thinking ruddy ducks? I might have a photo of them as well, but mostly I was paying attention to the heron's behavior. I'd seen them stalk frogs and such, but never ducks. It was pretty cool. The big bird would take a step, then freeze... Wait for the little ducks to both have their heads underwater, take a step or two and freeze again. He was cutting the distance to them steadily.

Then they noticed how close he'd gotten - and flew like crazy to get out of there! :grin:

I got the photo of him flying away, he vanished. These photos were taken at a wide area in the Columbia, a backwater near the confluence with the Wenatchee River. All winter long I can count on finding lots of different waterfowl present there as well as more bird life. Sometimes mule deer. And occasionally a moose. Pretty cool area, and it's actually right on the edge of the city. I can walk there from home if I'd like.

Waterfowl along the Columbia