So, the wife and I decided to get out of the house so we ate lunch and went to a Scheels store. We weren't shopping for anything, just wandering.

I, of course, was in the gun section when she found me, and while we walked I happen to find two used guns on one of their displays. Due to the gun drought their displays are no longer organized by brand for the most part, with two or three exceptions, and the used guns are mixed in. The only way to identify them is by the "PREOWNED" tag.

Anyway, this was a blued rifle in a camo stock but I could tell by the bolt handle it was an old model Remington. I took it down for a closer look and it was a 700 ADL in a Bell & Carlson stock. I checked the manufacture code (I keep it on my phone for such occasions) and found it was dated April 1974. It seemed to be in really good condition with the only notable blemish a small area of worn bluing on the barrel. No scope but did have Weaver style bases. The camo pattern isn't shown on B&C's website so I am presuming it's an older discontinued version.

Anyway, long story short, I bought it because for $399 I didn't think I could go too far wrong, especially considering today's gun market. I really don't think whoever was in charge if the pricing knew what they had and presumed it was just another old Remington. 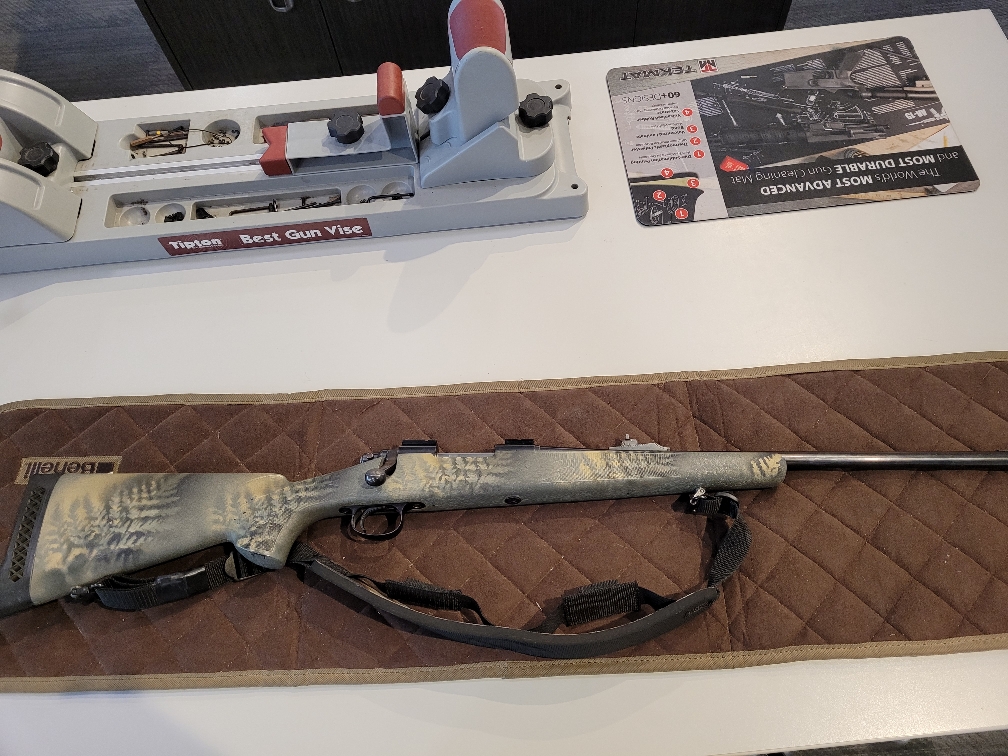 Sent from my SM-G781U using Tapatalk

Sent from my SM-G975U1 using Tapatalk
Click to expand...

What would be "wrong" with the stock? Why the need for an upgrade...just askin'? CL

Sent from my SM-G975U1 using Tapatalk
Click to expand...

What would be "wrong" with the stock? Why the need for an upgrade...just askin'? CL
Click to expand...

Sent from my SM-G975U1 using Tapatalk

I have its bigger brother in 308. Made 10 years earlier. I took the iron sites off and installed a 2.5-8 Leupold vxIII on it years ago. I pack it more days with a tag in my pocket than any other rifle I have. It is like a good old friend. It is also in a similar plastic stock. Just stamped Remington I picked up used from the 90's.
You must log in or register to reply here.