This is my BCG 280 Ackley Improved XP-100. This custom XP-100 shoots so good, and everyone who has shot it loves it.
I finally was able to draw first blood with just about a week left in the 2021 season.
I used the 140 grain AccuBond at 2961 ft./s. I set the magnification between seven and eight power, since I expected a close shot, and wanted a greater field of view. I also checked my parallax adjustment as well.
The beauty of the country we live in is, you can see forever, but at times it can be challenging, because they can see you too. It took me some time to figure out how to be able to make the stalk, and him not see me. I had terrain (creek bottom) and sage brush in my advantage, but the wind was almost coming from my back, so I knew there was a chance that could create a problem.
I had to be exposed slightly for a short period of time, before I got down into the creek/draw bottom, but I was far enough away, and he was looking the other direction, so it was not a problem.
I shot this buck at 204 yards. I crawled around 150 yards and then stomach crawled somewhere between 35 and 50 yards to make the shot. I had an opening in the sagebrush to my left, and I had almost made it to the stage, when the buck started moving to my left. Since I was on public\state land, and in a little bit he was going to be crossing on to private land, it was time to get things done.
The gun is so capable of shooting so much further, but the stalk was fun.
I am looking forward to shooting the 160 class bullets out of this, and see how it compares with my 284 Winchester XP-100’s.
This is a new shooter using the same XP and ammunition. 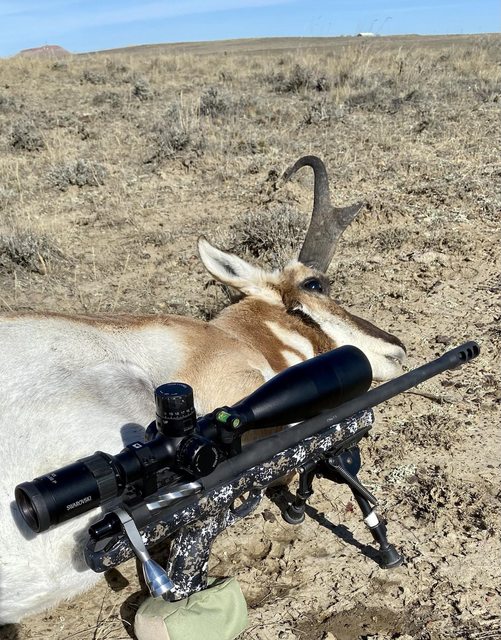 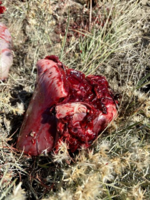 Nothing wrong with that! Excellent workmanship to produce a fun aid for hunting.

It shoots well, even past a grand

Nice Buck! Cool Pistol. Brave man to make a crawl that far. Hurts to get them "pears" stuck behind your belt buckle! Nice work. CL

I've been using the 280 AI for almost 20 years so I have some knowledge of the round. That's pretty impressive speed from a short barrel pistol. Congratulations on your successful Antelope hunt.

JD338 said:
I've been using the 280 AI for almost 20 years so I have some knowledge of the round. That's pretty impressive speed from a short barrel pistol. Congratulations on your successful Antelope hunt.

Cool thing is...Factory ammunition of all things.
You must log in or register to reply here.