My buddy Joe is 72 years old and one of the nicest guys I've ever met. Retired teacher, then got into firefighting, as he aged, he became a Public Information Officer for wildfires. He's been in Alaska, Canada, and all over the west on fires including the awful ones a few months ago in Oregon. He's also a Search and Rescue guy - or was when he was a bit younger. Still strong & fit, lifts every morning and walks daily. We snowshoe & bicycle together.

He's not a hunter - or hasn't been. Lately I've been teaching him a little about handguns and a few weeks ago he asked "Guy, would you take me pheasant hunting? I've never been." Sure! He got his license and yesterday off we went to the pheasant club. I figured we'd start with an easy hunt and he'd likely go home with birds.

His loaner shotgun was my Browning Citori... :shock: He'd never seen a gun like that, but I figured it would be simpler and safer for him to operate than my semi-auto Beretta. So, he got the fancy gun for his first hunt.

Maverick was a bit of a spaz at first! LOL! Then he calmed down and started hunting, after running about 300 miles.... LOL! Maverick pointed five roosters. I flushed five roosters. I shot five times, missing once. At the end of the day, Joe had handled the gun safely, but had only tried one shot, and that didn't work because he forgot that he had the safety on. So, I shot four birds, cleaned them and sent him home with all the birds along with instructions to his wife on how to cook them.

He had a wonderful time! I apologized about him not getting a shot, though we tried to set him up for the shot. Only one time did I end up shooting a bird he had no chance at, he moves kinda slow right now, and couldn't get over to the bird before it decided to flush. 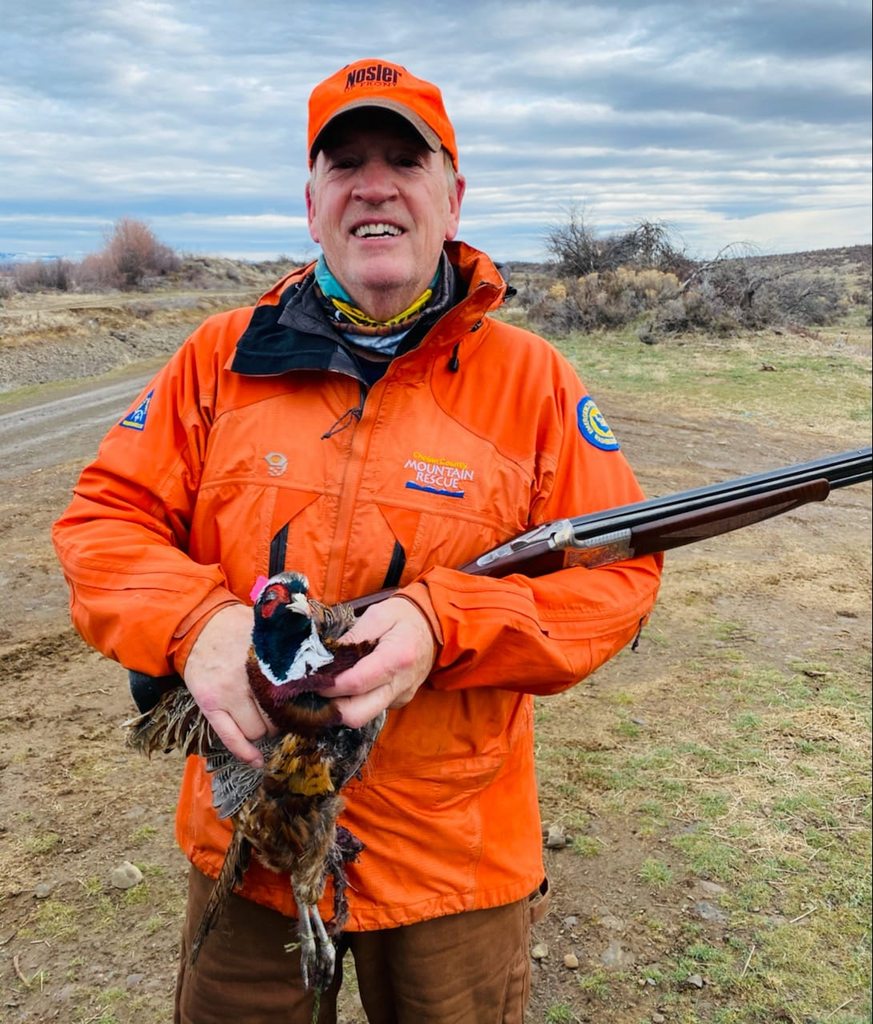 Do it myself from time to time to get people through hunting license and I am happy to meet them outdoors after that!

Wow! You got 2 people to go with you, on the opposite sides of the age spectrum, hunting!
They're going to have lasting memories.
You're an outstanding person to help them.
My hats off to you and the 2 people you took along!

Sent from my REVVLRY+ using Tapatalk

That is a great account of a fabulous introduction to pheasant. Glad you were willing and able to work with those wishing to learn.
S

That bird was So Very Dead... Know how we're supposed to let 'em get out a few yards before shooting?

That's great of you to take others hunting and loaning Joe your nice o/u. Dan.

wvbuckbuster":30mbhr1h said:
That's great of you to take others hunting and loaning Joe your nice o/u. Dan.
Click to expand...

I had some misgivings about my offer of the Browning when he told me that the only shotgun he'd had, was 40+ years ago, and he'd found it at the dump! A single-shot, break action. Said he had to tape the stock to the action... He stopped shooting it when his reloads bulged the barrel...

At least he knew how to work a break-open shotgun! :grin:

Way to go Joe! Take it from an old kid from SD- no better way to get out and see the country than a pheasant hunt w/ a friend. Glad you two enjoyed yourselves! CL
B

Sent from my SM-N960U using Tapatalk
You must log in or register to reply here.