One for the PRC

Finally got a day off without something else requiring my attention and got to take the 6.5 PRC with 142 ABLR to the woods. Passed on several does and smaller bucks throughout the morning then about noon everything came to a halt and not even a squirrel was to be seen. Then this guy came in behind me walking a fence line. Unfortunately on the other side of the fence was the landowners cows, so I couldn’t risk the shot until he cleared them. He kept walking and I lost sight of him for a few minutes when he appeared to my right at about 175 yards. This time he was well clear of the cows. He stepped into a break in the brush I settled on the shooting stick and I sent the ABLR on its way and he disappeared. I didn’t see him run and , looking through the scope, I couldn’t spot him on the ground. So I slowly approached the spot last seen and there he was laying in a shallow draw I didn’t know was behind him. The ABLR entered high behind the shoulder and exited high and a little further back on the off side with a quarter size exit. Apparently he went straight down at the shot. 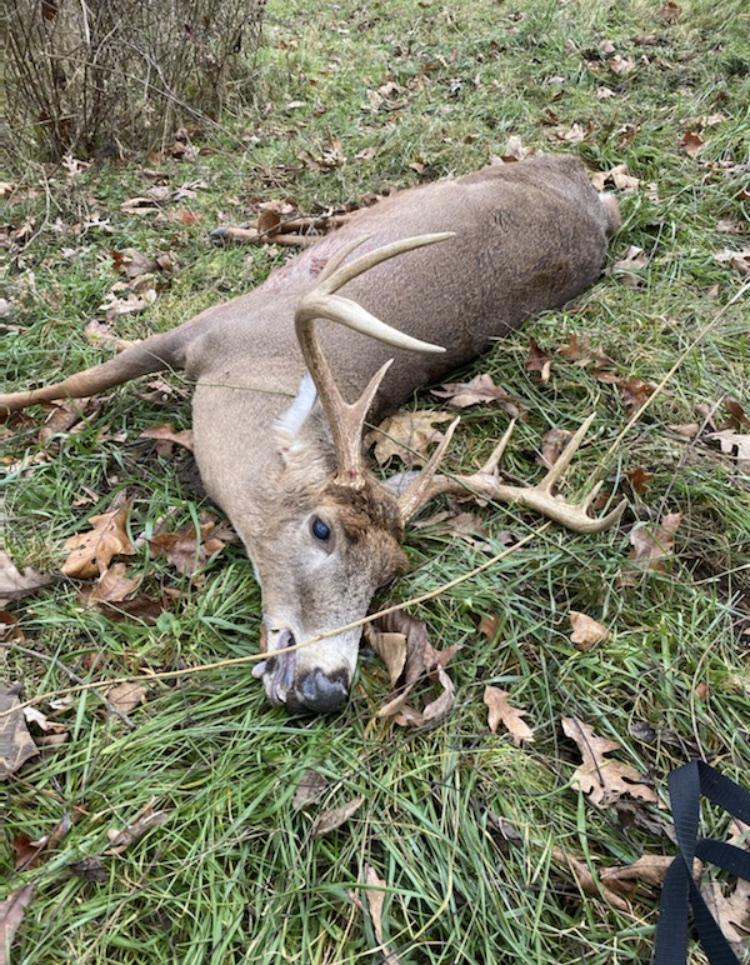 Sent from my SM-G975U1 using Tapatalk

He is a worthy animal for anyone. Congratulations on a fine hunt with a grand conclusion.

Nice one! Glad to hear the ABLR performed as it should have. Must have opened up pretty good to cause enough shock for a bang flop.

Thebear_78":4hny001r said:
Nice one! Glad to hear the ABLR performed as it should have. Must have opened up pretty good to cause enough shock for a bang flop.

The ABLR certainly did it’s job, but I think the quick death was more a result of of how high the shot was.

Nice buck for sure, Congratulations.

That's another good one. Congrats!
S

Good shot in the woods too!
You must log in or register to reply here.