Ordered some Sako Super Hammerhead in 30-06 to test out and see if it would work for elk and moose. I've only shot half a box so far and am still evaluating everything, but it seems to be decent ammo.

I mainly reload, but in the last year or so I've learned that some times it's not bad to have some factory ammo on the shelf for back up. Some publications started that Sako brass was top notch so no matter what I'd at least have some decent brass while seasoning a new 30-06 barrel.

"A heavy jacketed, strong and non-fragmenting bullet that ensures controlled expansion. A bonded core provides high weight retention, which results in effective penetration. It is boat-tailed for high ballistic efficiency, which causes a flatter trajectory. It was developed and tested by Sako ballistic laboratories first, followed by actual extensive big game hunting tests. The bullet is designed for big game hunting at short to medium distances."

Fired a 3 shot group at 100 yards today, from a bench with front and rear bags, it was exactly an inch. Touched off another 3 shots at the same target about 15 minutes later, this one was half an inch, inside the first group. First shot I took with the ammo was the only one outside of the six rounds fired, still getting used to the rifle I suppose. Great shooting ammo at 100 yards.

Finally fired one round into milk jugs. This was where things got interesting. I had 7 jugs lined up at 100 yards, hit them dead center. Packed up my gear and went to see the damage done. First milk jug was literally turned inside out. Next two were destroyed beyond recognition. Jugs four and five were perforated in an nice straight line, still standing on the 2x6. Jug six held my slug, when I went to dump it out two pieces plopped out into my hand. The core separated from the case, making me question their bonding methods. Jacket had opened up nicely to the cannular.

Retained weight was 125.7gr from the starting 180. If it shoots well to 300 I'll be fine with it, but I was more than surprised to see the separation of the lead.

Here are photos of the retained slug and the first milk jug. 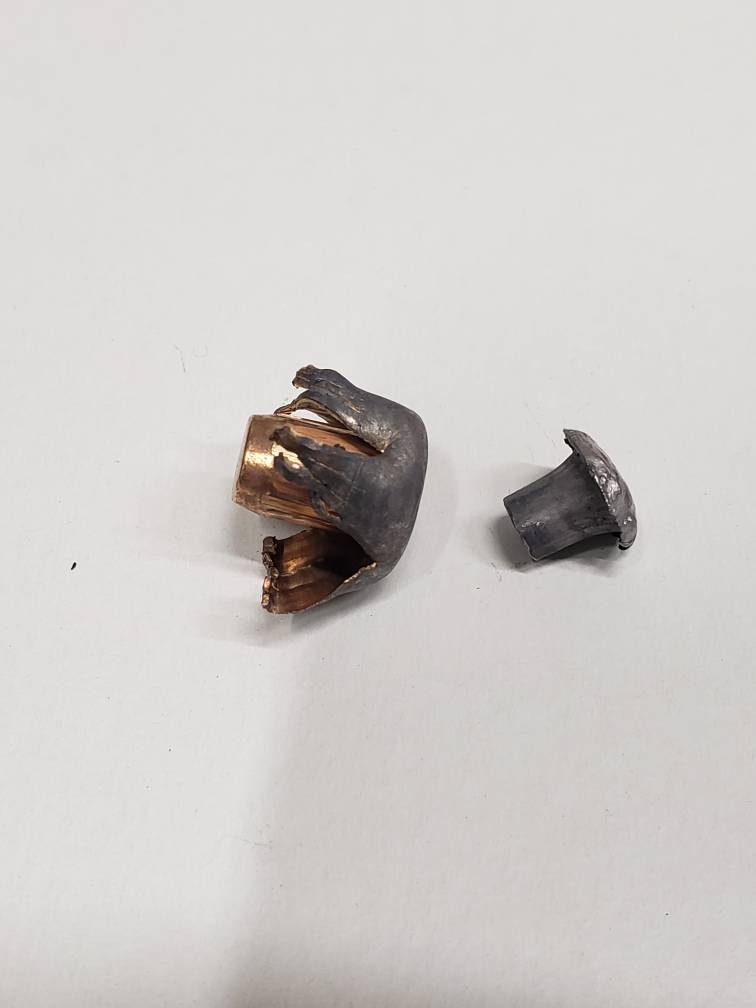 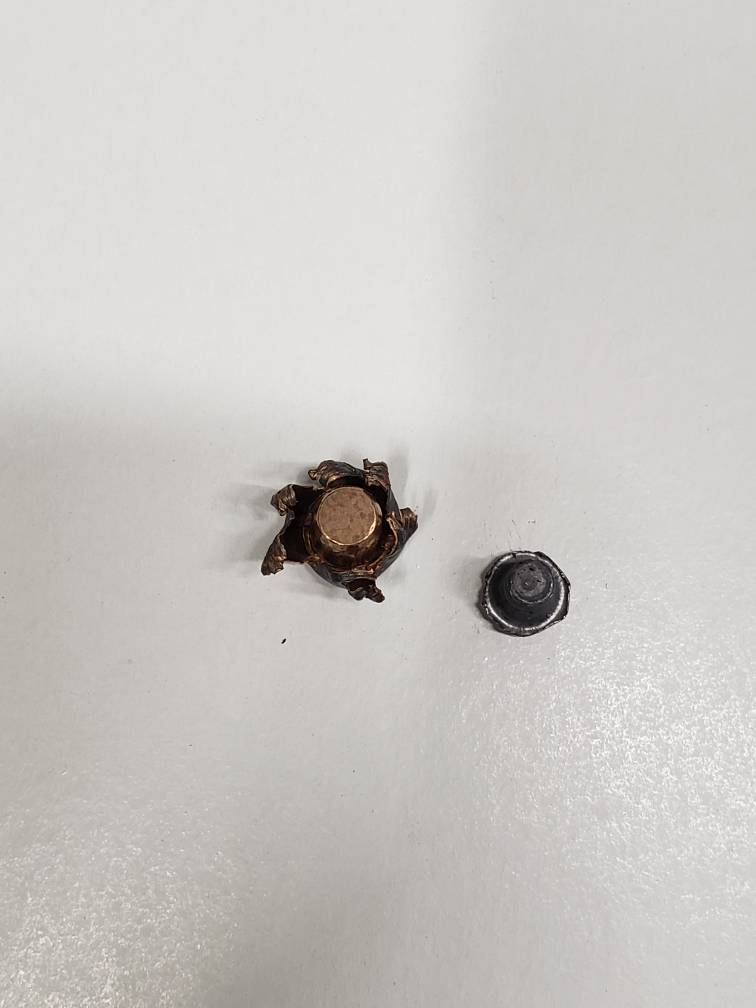 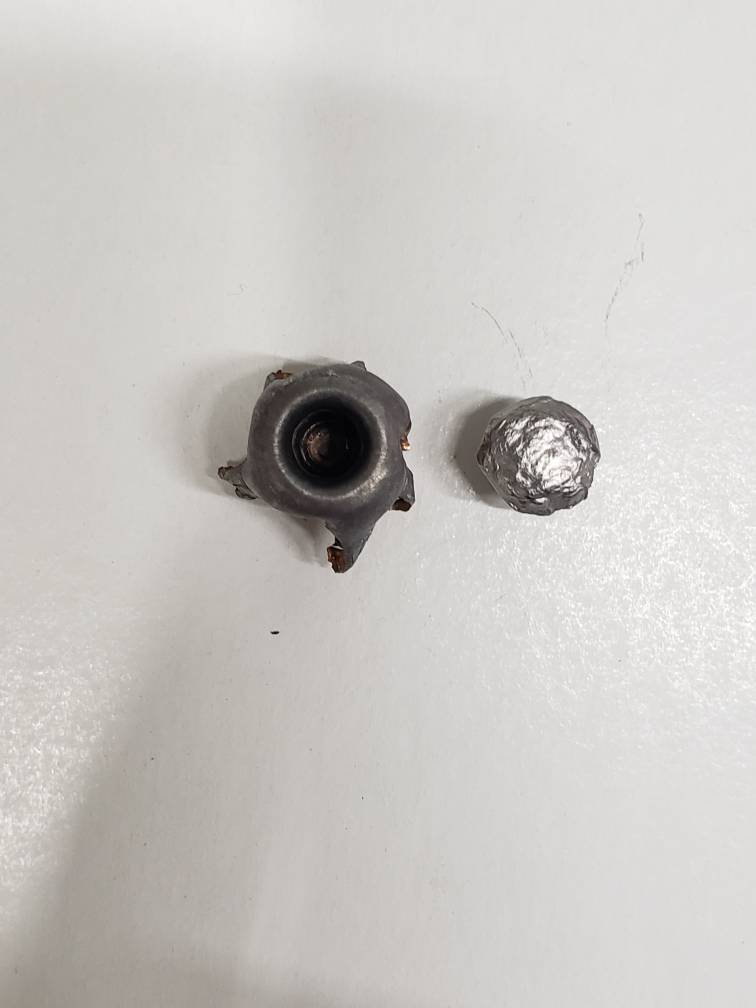 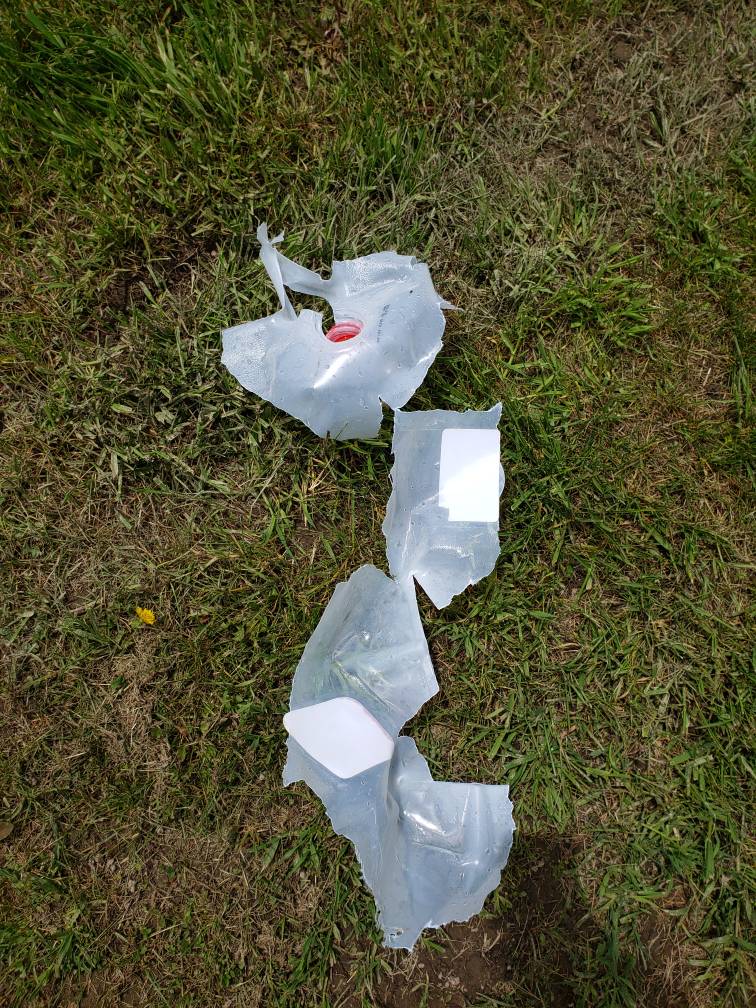 It looks like a good Bullet to me. Plenty tough for deer and elk. Looks like a heavy jacket on it.

It will work, and work well, I should imagine. I do agree that the claim for bonding would be challenged on the basis of the one recovered bullet. It will be interesting to see how they stand up to game.
T

I have tested other bullets that veer off a straight path often, so that was nice to see it penetrate deep and straight. It shot well enough that for a dollar a round I did order another 6 boxes from Beretta. I'm going to shoot it again into jugs but with some form of barrier in front of the first jug this time. I have ten pieces of brass now, so I going to get to measuring brass next.

Over all, slightly disappointed that the jacket separated but I won't let the sample of one overshadow great results in target and in the jugs.

Sent from my SM-G960U using Tapatalk
2

I have been shooting the SAKO Super-hammerhead in my SAKO 85 for a couple of years. I have found them to be very accurate and give good velocity. I have been getting 1 to 3/4 in groups with 2710 fps out of a 22 inch barrel. I use the brass for reloading some of my 06 loads and see about 30 fps increase over the same load using Winchester brass. Overall I think the ammo is excellent.
S

So I ran the 180s through my Mag Speed today. Tight chambers produce crazy velocities.

Lines up with my testing of RL22 and 180gr Partitions. I stopped at 60gr with a velocity of 2899, two grains under max per Nosler. Pulled the rest of my rounds.

Sent from my SM-G960U using Tapatalk
You must log in or register to reply here.

T
Nice morning at the range