Today and tomorrow, our club is hosting our premier rifle match, a two-day PRS competition named after a long-time president and awesome member of our club, and a close personal friend of mine, Jim Findlay. Sadly Jim passed away, far too early, a few years ago. We all miss him terribly. Amazing rifleman, and a mighty fine club president.

So, today we went on with a match that had first been conceived by him. It's updated of course, and in some ways even more challenging.

Rifles have evolved. 15 years ago when I was competing in this match, my Rem 700 Varmint Synthetic with a .308 Win Krieger barrel and a simple 4.5-14x, 1" tube Leupold actually won some stages... These days it's mostly chassis type rifles in 6mm Dasher, 6mm Creedmoor, 6.5 Creedmoor and some amazing BIG scopes. The shooters are hard pressed for time. They have to assume the best position they can create, and shoot the targets (often more than one at very different ranges) under a time limit...

Mostly it's very safe. I only had one very excited competitor point his rifle directly at me while I was behind the firing line. Ooooops! He quickly saw the error of his ways and changed his safety practices. I saw some amazing marksmanship... We had targets out to 600 or so, some were quite tiny targets... Like a 1" metal swinger at 300 yards. Know your limits. 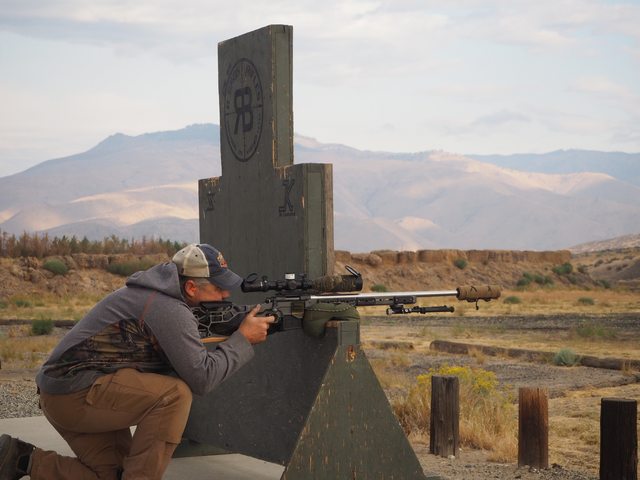 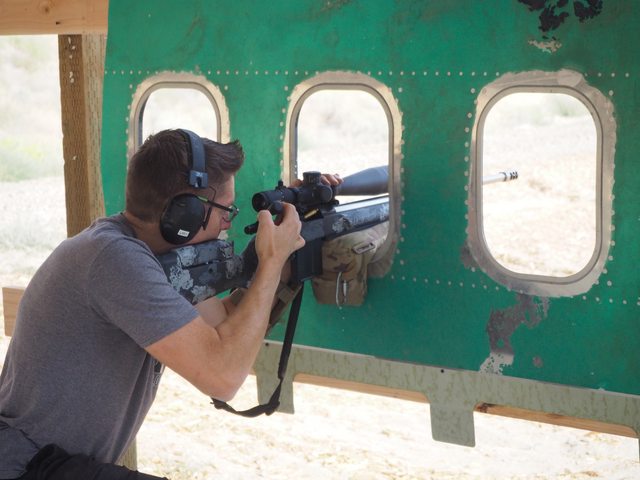 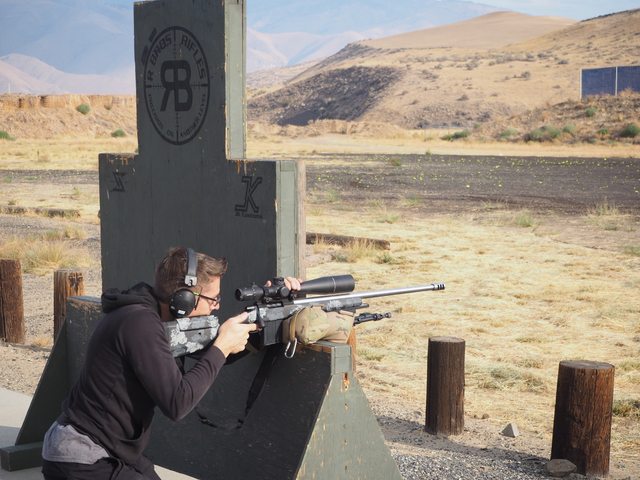 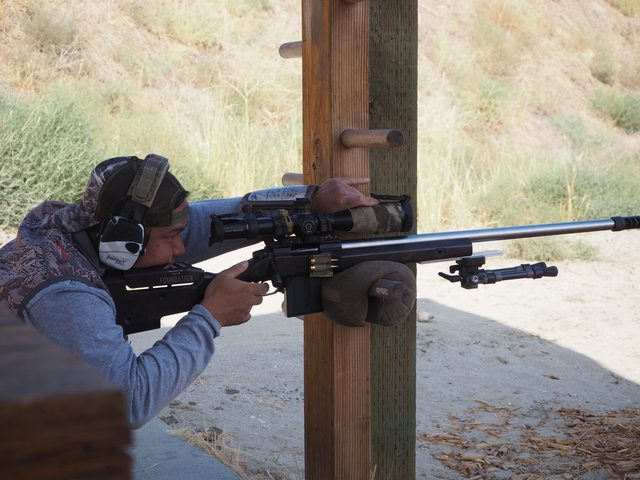 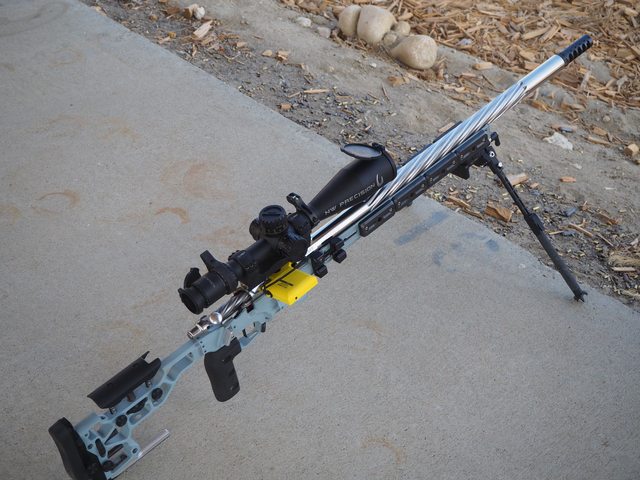 Thought I'd post this here, rather than down below in the dusty cobwebbed portion of the site devoted to competition. Everyone at this match was having a blast! I was busy being club president and official photographer of the event.

That looks like fun, very challenging I'm sure! I'll never get used to those chassis rifles though. Geeze, they're ugly to me...

Some people are function over form, others are more esthetically motivated. I have room for both in my gunsafe. I’ve never had anything that shot better than a chassis.

The one fella shooting looks like the fella from the reloading channel on You Tube that you did the guest appearance with.

That does look like a bunch of fun though.

SJB358":36boop4x said:
The one fella shooting looks like the fella from the reloading channel on You Tube that you did the guest appearance with.

I was just thinking he looks like, or is, Gavin

Guy, you are right on as usual. I participate in the local club PRS matches with my Nosler M48 in .280AI. I actually began cleaning some stages once I put target turrets on my 1" 6x20 VX3 with a Varmint Hunters reticle. I think my biggest disadvantage is the blind 5 round magazine.

Things a hunter can learn/practice in a PRS match:
1. Use of improvised supports to make a fast yet accurate shot
2. Prove your DOPE and scope work
3. Practice wind reading
4. Use of a weather meter and balistic app to quickly develop a firing solution.
5. Single loading your rifle

The people are also wonderful and very supportive. I highly recommend this "sport" as field practice for hunting.

He's a personal friend, and lives only a few miles away. Great guy. Learning to shoot PRS.

The 6mm Creedmoor Ruger Precision Rifle is really made for this stuff, but I think it would be awfully fun to shoot the course with an actual, traditional, hunting rifle.

We also hold a monthly NRL-22 match... And it would be fun to shoot with my Marlin 39A.

Good stuff, Guy. Looks to be a ton of fun.
D

I'm curious, are the targets at marked yardage or unmarked? Do shooters use laser range finders? I've done some long range shooting with a wind meter and laser range finder and its surprisingly accurate but not super fast taking readings, plugging numbers into the ballistic app and then dialing turrets.
S

desertcj":2n7ki0lz said:
I'm curious, are the targets at marked yardage or unmarked? Do shooters use laser range finders? I've done some long range shooting with a wind meter and laser range finder and its surprisingly accurate but not super fast taking readings, plugging numbers into the ballistic app and then dialing turrets.
Click to expand...

Hi Desertcj. The club matches I attend at Cowtownrange in Peoria AZ are done at known ranges. In fact the squad mom (leader) makes sure everyone has located all the targets on that stage and has their scope settings down before the stages starts. This means wind reading and DOPE as well as the ability to shoot 1 MOA are the critical skills, not judging distance. During your shoot spotters will call corrections to you. Everyone works to help everyone max their score.
2

I have never participated in a PRS shoot but I have watched. The one that I watched the shooters had to determine the range, take their shots, and quickly move to the next target. These people are the best! While they shoot off the bench at long range the spend most of their time working from unsteady positions (much like hunting). If you are interested go watch a event and see if you want to jump into the competition.
You must log in or register to reply here.