I'm hoping that Tuesday night will reveal a major shift in the direction of this country. It's looking promising, but either way there could be some major happenings within a week or so afterword's. If it goes the other way I'm not sure how we come back. Important day.
R

This should read November 6th not the 7th 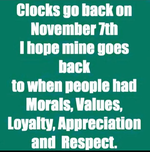 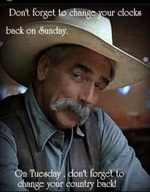 Praying for this election. Dan.

If we had a fair and balanced media in this country, democrats would absolutely get decimated.
D

Just for everyone's information, the FBI sent out a notice to all Governmental agencies and being that it was on a News Channel (NBC) it was meant for civilians, that there's a strong possibility that violence may occur during election day or the days following the election. I'm sure everyone has had this in the back of their mind anyway. If the Republicans win the election I don't know how quietly the supporters of the Democrats are going to react. We all saw what happened in the summer of 2020 and I hope there is never a repeat to that. Just something to keep in mind.

I did my part. If every conservative could say the same, we'd win by a landslide.

On pins & needles as I listen to Mark Levin's broadcast about the elections....

It’s looking like Trump supporters, and President Trump himself, has caused the forecast of a “Red Wave” to be nothing but a false report. I personally favor a divided and inefficient government because that means they are weak. A weak federal government is good in that it restricts the power of the government.

Anybody remember Obamacare? Because the federal government wasn’t weak, democrats holding the House, Senate, and President positions gave us poor law. This wouldn’t have happened if we had an inefficient federal government.

Vince
You must log in or register to reply here.

Land of the Free because of the Brave