Went looking for a S&W 686 Plus... end up with something els

I went looking for a 4 inch 686 plus, but nobody had any... was about to take a 6 inch until I noticed the barrel was slightly off (not clocked just right, wasn't off much but it was off).

I handed it back and was walking away when he said "hang on a minute"... he asked why I wasn't interested in the two Performance Center guns in the case...I said, "well I mostly just don't much like the look of them, but the price is pretty high too".

He said they had been in the store for 2 years now and he'd like to move them...I got mine for what they would have priced a 4 inch 686 plus if they'd had one (a good bit less than the sticker on the PC guns).

Wanted the gun for camping/fishing on the islands at the lake, lots of black bears around these parts these days, they're everywhere... haven't had any trouble from the encounters we've had yet and I hope it stays that way, won't bother them if I don't have to... but if I have to I want to make a lasting impression.

Worked up some loads today... all they had for 357 bullets were 180 grain XTP's, not realizing at the time those are pretty hard to get going fast in a 4 inch barrel I got some.

Dabbled with some mid to mild loads also...I think I finally found a use for the Longshot which I haven't liked in anything else.

The PC model is a fine handgun, I just prefer the more traditional look... but hey, for the price I got it for I'll learn to live with it.

It is very accurate and produces better velocity than I expected, likely due to the minimal cylinder gap... and that trigger is SWEET. 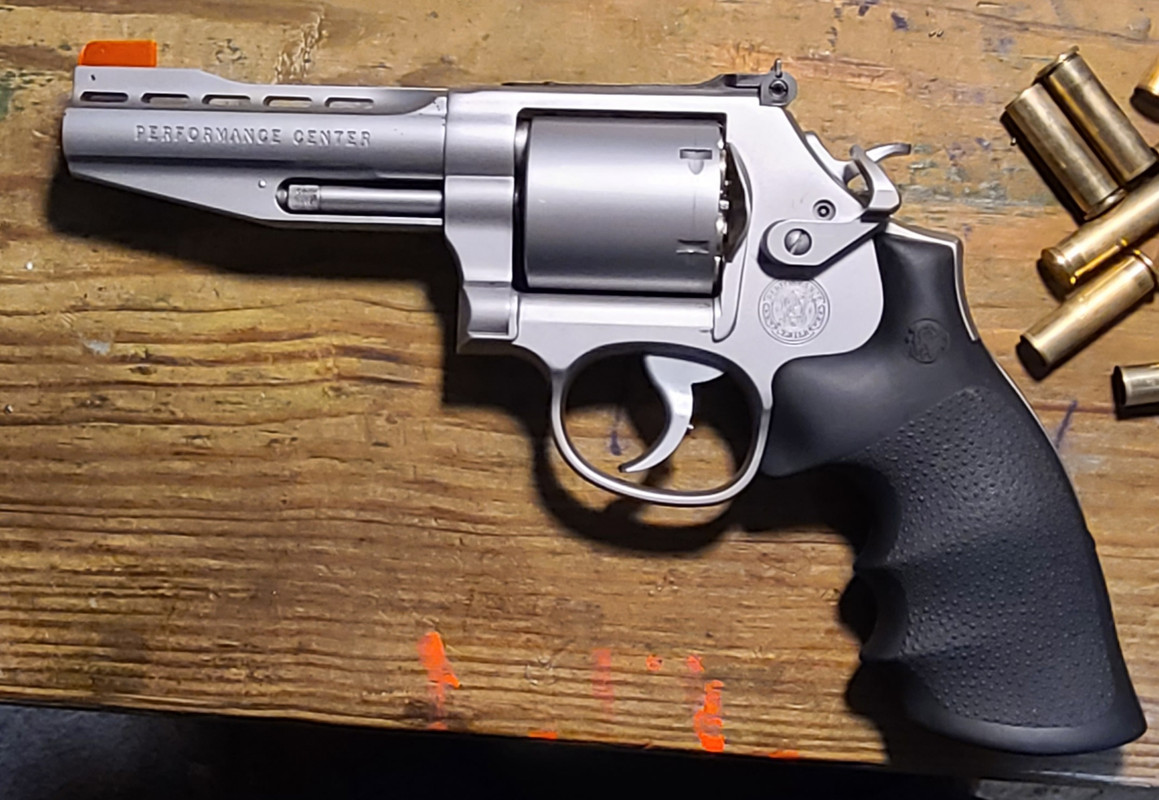 It would appear that you got a good piece. I can only imagine that about anyone would be pleased. Congratulations.
L

I’m with you on the looks of the performance center guns, just not my thing. The exception is my buddies comped 586, that’s one I’d take. I needed up with a 686plus with a 3 inch barrel a few years ago. Really love the balance of that gun.

I really dig the perforce center 686. Should be a bit lighter and those smoothed up action/triggers are very nice. 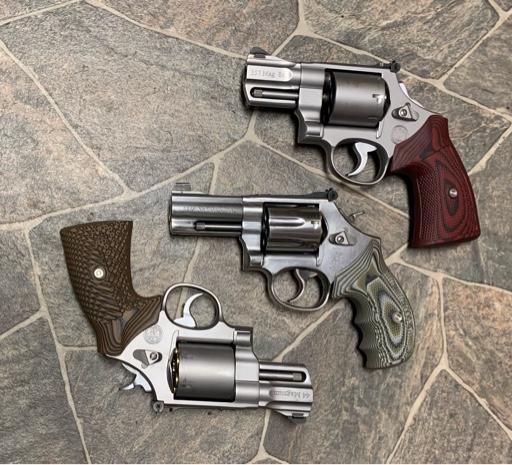 Thebear_78":22hk16p0 said:
I really dig the perforce center 686. Should be a bit lighter and those smoothed up action/triggers are very nice.

The ones you have look really good...

It's the race gun look I don't much care for on mine... but I have to admit, those race gun parts (front sight, cylinder release) DO work great.

I'm really happy with it though despite the looks, I'll probably always say it ugly... but so are Glocks and I've been carrying one of those every day for years now, lol.

You're right about it being lighter, lighter barrel with the tapered lug which is the ugliest part on it, and the vent rib... all that changes the balance considerably, it isn't nose heavy at all.

I'll probably leave those Hogue grips on it, they're not pretty but they do fit my big hands dang near perfect... nice stocks would improve the looks some but this gun is destined for a somewhat rough life of outdoor carry, camping, fishing, and maybe even a little hunting too... I'd just tear up the nice wood if it was on there.

The vz grips are g10 not wood. It’sa fiberglass and resin material. You could pound nails with them, they are tough! The boot grips are nice for concealed carry but the square but conversions are great for big hands. 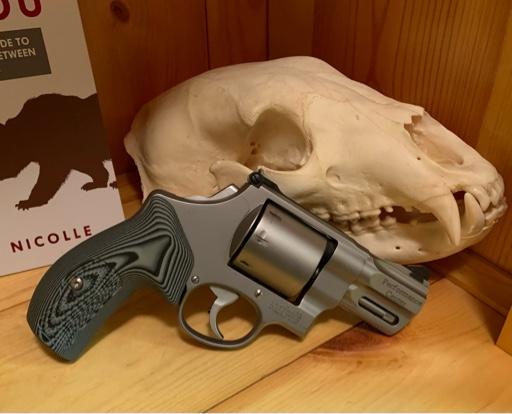 Congrats on your PC 686. Very nice revolver. The cylinder release is something else. I too am a fan of the more traditional look but if she shoots....

Well...I guess S&W revolvers are like pringles, once you start you just can't stop.

Was talking with my mother in law, she's a gun gal, telling her about not finding the 686 Plus and all that.

I had forgotten that she has one she bought several years ago, turns out she wants a Kimber K6S pretty bad so she offered me the 686 Plus for what she paid for it back then.

I think I sprained my thumb a little trying to get my wallet out so fast.

The gun is still practically brand new, only 21 rounds fired through it in its life... I'm gonna figure out what grips will fit my wife and give this one to her.

I was never a revolver kinda person... first I bought a Ruger SP101, I like it, I still have it... then I bought my wife a Smith model 60... and I've been ruined ever since...I absolutely fell head over heels for that model 60, so well built and a joy to shoot...as pretty as a gun can be to my eyes.

Another revolver is never a bad thing

Yeah, getting another gun is kinda' hard to take. Congratulations.
S

Sent from my SM-G986U using Tapatalk
Click to expand...

I’ve been considering the same handgun but hate the Hillary Hole.

I’ve actually been thinking about getting a Python from Colt because it doesn’t have the lock. I just wish Safariland made the Comp III for the Python.

Really good looking pea shooter. I’m sure you will be well served in bear country. Might be fun to shoot an IDPA match with that gun.

Thebear_78 said:
Another revolver is never a bad thing

Vince
You must log in or register to reply here.