I have always been a 1911 guy. The 1911 and the 45 cap went together like peanut butter and jelly. I have had several 1911s over the years. From cheap knockoffs to semi customs I have had a 1911 at most times. The best of them that I ever had was the Springfield TRP Operator with full length dust rail. It shot everything into the same 2” group at 15 yards, mixed ammo in the magazine, from 185-230gr loads, they would all stack right on top of that front sight.

Sadly I had to sell it to pay for some unforseen mechanical issues I had with a truck. A few months back I happened upon a XD tactical 5” in 45 ACP. I had a horde of 45 ammo laying around and didn’t currently have a 45 so when a trade offer including the XD came up I jumped one it. Planning on using it to use up my unusable ammo and then get sell of trade it off. After taking it to the range I knew that I wouldn’t be getting rid of it any time soon. Not since that TRP opperator had I had a 45 that would stack bullets on top of the front sight like this one. 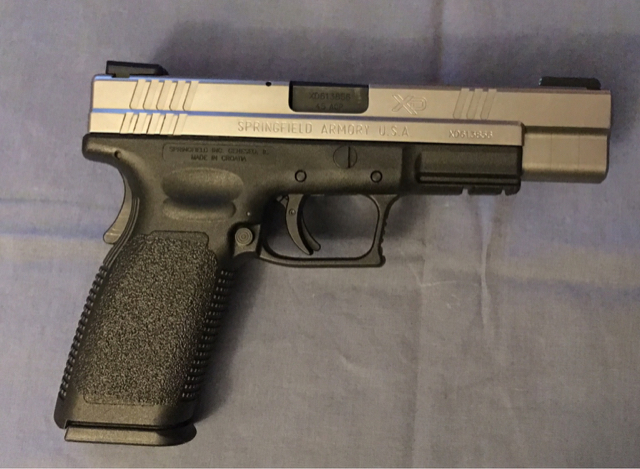 Mechanically very simlar to the other striker fired pistols on the market, The main difference being the grip safety. There was nothing very special or unigue about it, but it just plain works. It feeds and functions flawlessly. A wide selection of ammo of different bullet nose profiles has all fed flawlessly. The grip is more slender than a glock but still big enough for my large hands. 13 round magazines almost double the capacity of a standard single stack 45. There is really nothing to not to like about this pistol. The only thing I changed was to add a set of tru-glo TFO sights, and a powder river precision RPR drop in trigger. They were a big improvement over the standard sights and trigger. A word of caution with changing sights out on the XDs, they are without a doubt the hardest sights to change I have ever messed with. Those factory sights are really in there. 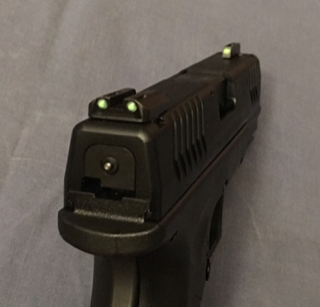 Due to my expereince with the XD 5” tactical I recently picked up a XDM 3.8” compact. The XDM 3.8 compact comes with both a flush fit 13 round magazine and an extended 19 round magazine. That kind of capacity is really a confidence builder. Carrying with the flush fit magazine and two extended magazines gives you access to 52 rounds. A far cry from the 15 rounds I have been carrying for quite some time. I put the same TFO sights on the compact. I’ve only put a few hundred rounds thru the compact so far but it has proven to shoot as well as the 45, feeding everything I have tried and stacking shots right on top of the front sight. 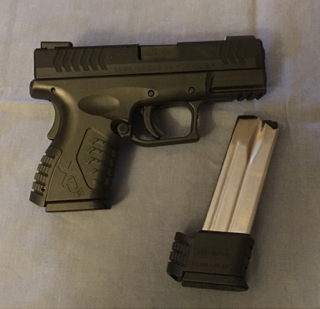 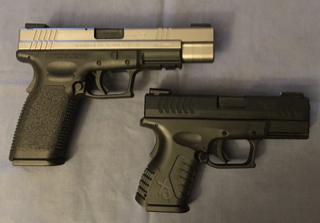 I suggest anyone in the market for a new pistol should check them out.

Excellent review. I will have to check out these handguns. Thanks for sharing.
6

I have an XD40 4" and an XD40 subcompact. I would say my experience mirrors yours. Fantastic pistols!!

I would also recommend anyone looking for an ankle holster check these out. Best I have found period! Really comfortable and secure. I had a thumb snap added at no extra charge for a little added security.

There is an LEO discount also for active or retired.

I've been packing around an XD40 for about nine years, and I shoot it occasionally for the heck of it. It's a very easy pistol to shoot and I don't recall a single failure with it, ever.

I used the same pistol for my CHL requalification shoot a few years back, and the guys who conducted that class told us that typically, the guys who wag XDs in for qualification tend to shoot the tightest of all.
E

I love my XDm and XDs. They just fit me, and have never given me a lick of problem

I have an XD Tactical 45 just like that. I had always been a 45 guy and never owned a 9mm until ammo prices went up a few years back and I bough a XD9 just to practice with. After all I have a Colt 1911 combat commander and a Sig P245. The XD9 functioned and shot reasonably well and I kinda liked the feel of it. Then one day I went into the store where I bought the XD9 and there in the used case was the XD45 Tactical with a very reasonable price on it. I ask what the bottom dollar on it would be and they knocked another $100 off at which point I told them the I had to meet my wife in 15 minutes for lunch so we had better get started on the paperwork. For a double stack 45 it has a much better feel in my small to average hand than any other higher capacity 45 ACP. On top of that I shoot it better than either of my other two 45's.

I realize this is an older post but just had to add to it.

Have read articles and reviews on the new XD-M in 10MM.
Think the Competition Series with 5.25" barrel would make a great defense pistol for the toothy critters with big claws!

A friend of mine had an XD in 9mm that he used a number of years ago when we were shooting some IDPA at the local club. He really liked it, and I did find it nicer to shoot than another friend's S&W M&P in 9MM. The kit the XD came in was also a better outfitted package. Wasn't willing to give up my CZ 85 in 40 though.

A buddy of mine has an XDM in 10mm. It’s a pretty sweet pistol. Shoots good any very reliable. I think it is a much better option for those with smaller hands than the Glock.

I’m pretty Glock committed at the moment having 2 10mm and 4 9mm glocks and dozens of magazines. I’m not going to sell my glocks to get the XD but if I didn’t already have the Glock I would look really hard at the XDM