Saturday late afternoon seen a 8 point buck limping real badly to feed with some does, closer look revealed its actually walking on 3 legs and moving very slowly while keeping his right leg off the ground, and was concerned for its well being, it wasn't the size buck I wanted but the suffering that its endured that concerned me. It's hoof / wrist area was swollen to over 3 times the size. I felt I needed to take him out of its misery as soon as possible, and as soon as I got the 308 on the sill, the buck had limped away into the brush. Never saw him again that afternoon before dark. If it was limping so bad, then it won't go far, and assumed it might hang around until the following day which was the last day of buck season.
Yesterday early morning I was in the blind at 5:45 am, sat in the dark barely half awake and it was 35 degrees. As soon as dawn broke, I seen a few does lingering about. Saw a 9 pointer and it wasn't what i wanted and let it pass. About 30 minutes after dawn broke, the limping buck managed to jump into the pen where my protein feeder and spinner feeder was at 210 yards, imagine on 3 legs, what a powerful animal. I put up a pen fence to keep the hogs out and it works. It limped its way to under the spinner feeder to eat the kernels of corn, while I glassed him to make sure its the injured buck, a few does jumped in to feed and blocked the line of sight. While waiting, I set the small bull bag on the sill and the .308 and checked the calibrations. As soon as the does and yearling cleared away from the buck, I settled the bead on the crease of the shoulder, and it was very slightly off broadside by about 10 degrees. The 178 grain ELD-M pushed by Varget found its mark, and the buck exploded out of the pen and jumped towards my direction with his bad leg dangling, and bolted out of sight. I let 10 minutes pass by before heading over. Once I got to the pen, I saw big pieces of lung matter strewn about, about 7 to 8 pieces. Backtracked where the buck headed out, and saw blood and tracked it about 30 yards. It dumped quite a bit of blood on the trail and on the site where it was found. I thank God for a buck on the last day of hunting season.

My question about the injured leg, after skinning it and the shoulder seems to have a normal color, but to be safe I discarded that bad leg. My question is will it have some sort of infection which may carry to the rest of the meat like sepsis or any other life threatening infection that may be passed to humans if eaten. I have it all quartered and on ice. Please do let me know if the deer is safe to eat. Thanks fellas. 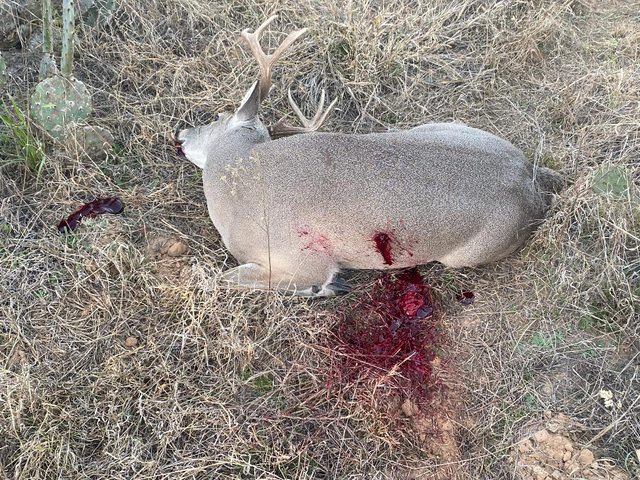 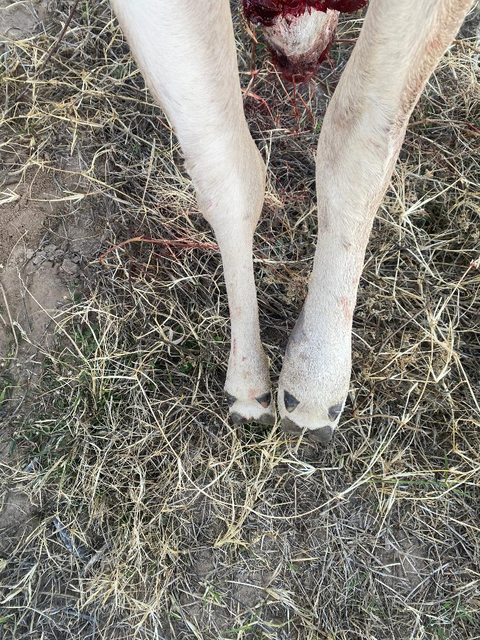 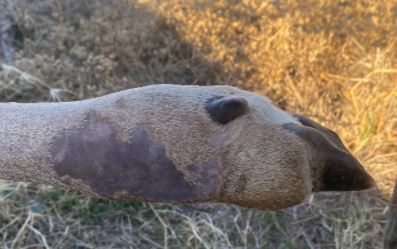 Mark,
Congratulations on your last day buck. Was the injury to the leg infected? Was there a pus sack? If so, I would think infection would be isolated to just that area.

JD338 said:
Mark,
Congratulations on your last day buck. Was the injury to the leg infected? Was there a pus sack? If so, I would think infection would be isolated to just that area.

Thanks JD, just the lower leg, and no I did not open that lower leg to check.

If there was no significant or obvious discolouration of the internal organs, no evidence of swelling and/or infection (i.e. pus) in any of the other tissues, or no evidence of internal bleeding, I would think the meat will be fine for eating. You did the poor old fellow a good deed by taking him instead of another animal. Whitetail are powerful animals, to be sure, as you observed. Congratulations on a fine buck.
P

Back in 2010 I shot a cow elk that appeared perfectly healthy. Still no problem when the guide and I gutted the animal. We got here to the btuch and when they got the hide off, there was a bad smell to the meat. as the shop would not cut her up. We called the game warden to come and check the animal and if declared the meat bad issue me another tag. He refused to come out and do so. Seems the cow had been gored by a bull during the rut and the wound festered. It was hardly noticeable after the skin was off and we didn't see it during the gutting.
Dunno how the OP will be able to check his meat but I guess if it smells OK it should be all right.
Paul B.

Tackdriver - I applaud you for putting that buck out of its misery.

I suspect that the meat is still good, but only you can determine that. If it looks and smells good, that's pretty good.

First of all, you did right by ending this deer's suffering. Second, I agree with the others if nothing detected inside cavity then I'd say the meat is ok. Last the picture shows good shot placement and bullet effect. Well done, Dan.
S

Looks like you did him a favor, my concern with the nice weather it could be a snake bite? Swollen up like it, thoughts. Not sure of your location but are the buzz worms out?
T

Thanks fellas for the nice compliments. Putting him down was the best thing to do to end the suffering.
I just spoke to 4 Gamewardens and a wildlife biologist and their response was to check for pus , irregular colors and smell the meat. Their opinions on the reasons of the injury are snake bite, cut on a fence, foot rot or some type of injury, hard to say. They did say that the meat should be fit for human consumption since I described in details the state of the deer. They also mentioned that it was wise to discard the bad leg with shoulder attached.
B

Friend of mine shot a nice buck several years ago. It wasn't limping as far as I know, but it did have a swollen lower leg like that. Nothing apparent when the deer was butchered, but the meat tasted bad. They had to throw it out. YMMV.

Thank you for doing that. Congratulations
T

Got done with processing, cooked a deer burger for a taste. Delicious.

Good! Things appear to be working well for you. I hadn't even considered snake bite as the source of the swelling. We simply don't have that problem this far north, and I have lived here for quite a while.
V

The weather has been bipolar around here. Although rare I wouldn’t be surprised to find a lethargic snake out and about.

Lazy snakes--sounds like some of the copperheads I met as a boy!
You must log in or register to reply here.

K
My First and a Lesson or Two
2