Notice the price on the Varget, the most I have ever spent! It should last a while. I just got 5 lbs of IMR4064 so I'm good for 308 Win and 375 H&H.
Just trying to stay ahead but at a reasonable price if that's doable these days.

I too think I'm set for a while. 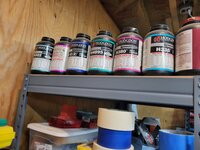 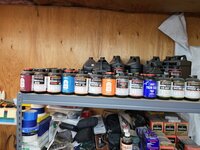 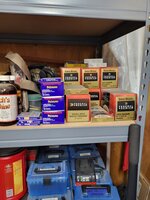 I started stocking up over 2 years ago. I would need to check exactly how much stuff I have to be sure, but it is over 26kg of powder if not closer to 30kg (2.2lb's to the kilo for those not familiar with the metric system) over 14,000 primers, more projectiles than I think I'll use for each caliber I own for at least the rest of this decade. I don't shoot competition's I just hunt with some occasional range time to hone skills etc. I certainly wouldn't want to be having to stock up today, but that said (and hopefully I am wrong), I'm not expecting much significant downward pressure in prices over the next couple of years.
S

Got roughly 30 lbs of powder, although I could pick up some more Varget at some point.

Primers, I'm good. Have an additional brick coming to me from a LGS because I gave them a brick so they'd have some to sell. 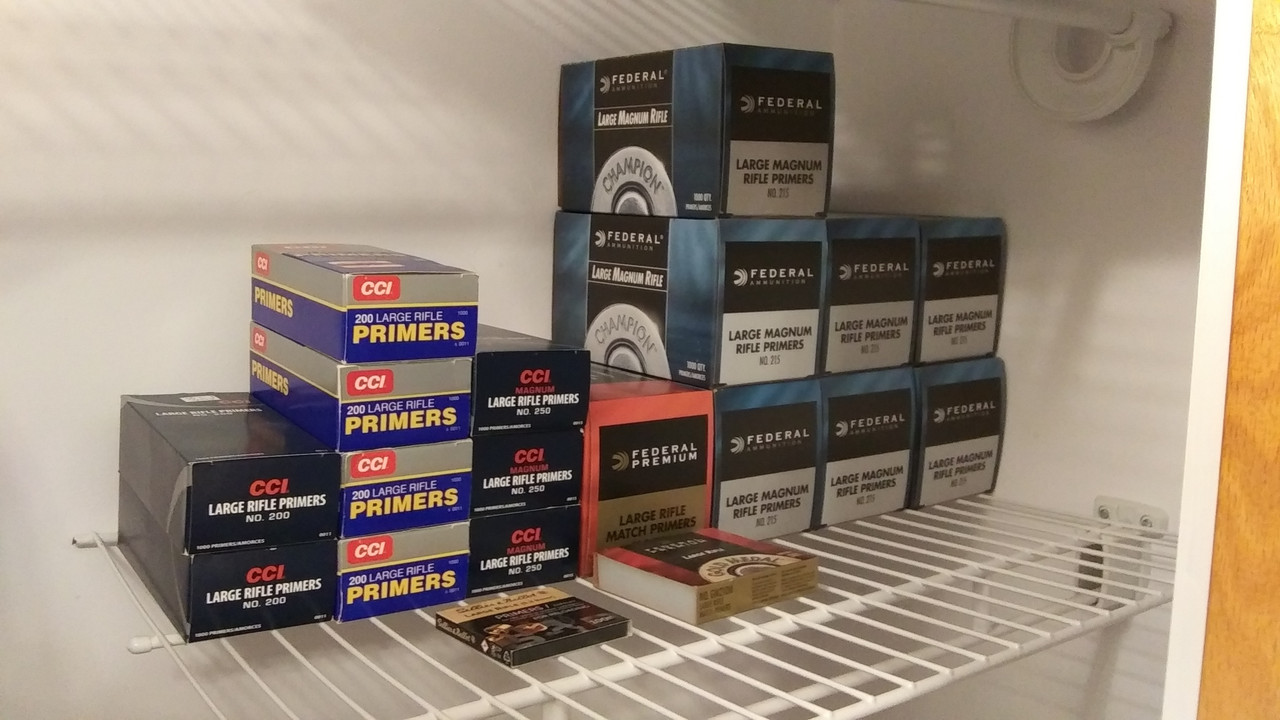 JD338 said:
Notice the price on the Varget, the most I have ever spent!
Click to expand...

I paid $17 more for mine awhile back from PV. Shipping and hazmat hurts! Now it sits in the cabinet , afraid to open it and lose my golden nest egg

Here is the other cabinet of 1 pound canisters of powder. If I could get RL15 and RL26 I would be golden.

Dang guys, no wonder there is a shortage. LOL

I bought mine after the Obama administration and before covid. I have not bought any in the last three years

I have quite a bit as well and bought most of it before all the craziness started, although I have added a few 1000 primers and some hard to get powders recently.
S

I had the powder before. I did add some to it in 2019 when you could see some of this coming and the prices were still old prices. Bullets, the same. Bought some in the last 2 yrs, but the vast bulk of them I already had.

Primers? I will admit to being part of the problem I guess. Last yr I discovered a shop I had done business with yrs ago had primers. Long after you could find a primer for sale anywhere, they still had a large stash from before. Like cases on a pallet kind of stash. Didn't advertise they had them, and most people didn't know it. Prices were up compared to before, but cheap by todays standards. Paid $45 for some bricks, up to $57 for others.

Over the course of around 10 months I ended up getting more than half of what I have, from them. Picked up 11 bricks. If things get real, for real, some of my neighbors in my community will be glad those primers are residing here.

Fotis is back...was wondering about you..
Ola Kala?
R

No worries, I bought all of that years ago, so I'm not taking anything away from those looking for stuff now. LOL

flyingagg said:
Fotis is back...was wondering about you..
Ola Kala?
Click to expand...

Yes sir. I was hired on in Missile Engineering on F. E. Warren AFB so I was really busy learning the new job! Doing great now.
B

FOTIS said:
Yes sir. I was hired on in Missile Engineering on F. E. Warren AFB so I was really busy learning the new job! Doing great now.
Click to expand...

Fotis, you've been launching missiles with your Weatherby's for years.