I didn’t see this coming.
My daughter called this morning and said she had been to an estate sale and they had reloading stuff.
I told her I really wasn’t interested until she said, “Really Dad, I think they have more stuff than you do!!”
Well I made the 25 mile trip to find a house with two rooms dedicated to reloading supplies and equipment.
And they told me, “There’s more in the garage.”
In the end I really didn’t need any of the equipment but I spent $230 on bullets and brass.
They also threw in a bunch of partial boxes of bullets for free.

Never used Lapua brass before but found 100 brand new 308 brass that have been primed. $40 in a new Case Gard box seemed like a decent deal.
It also looks to me like the previous owner annealed them as they look different on the necks than any factory brass I have seen before.
Several other boxes of brass as well.
Found a little laminated stock. I think it’s for a Thompson Contender but not sure if it’s G1 or G2 or possibly an Encore.
Not a bad trip after all. 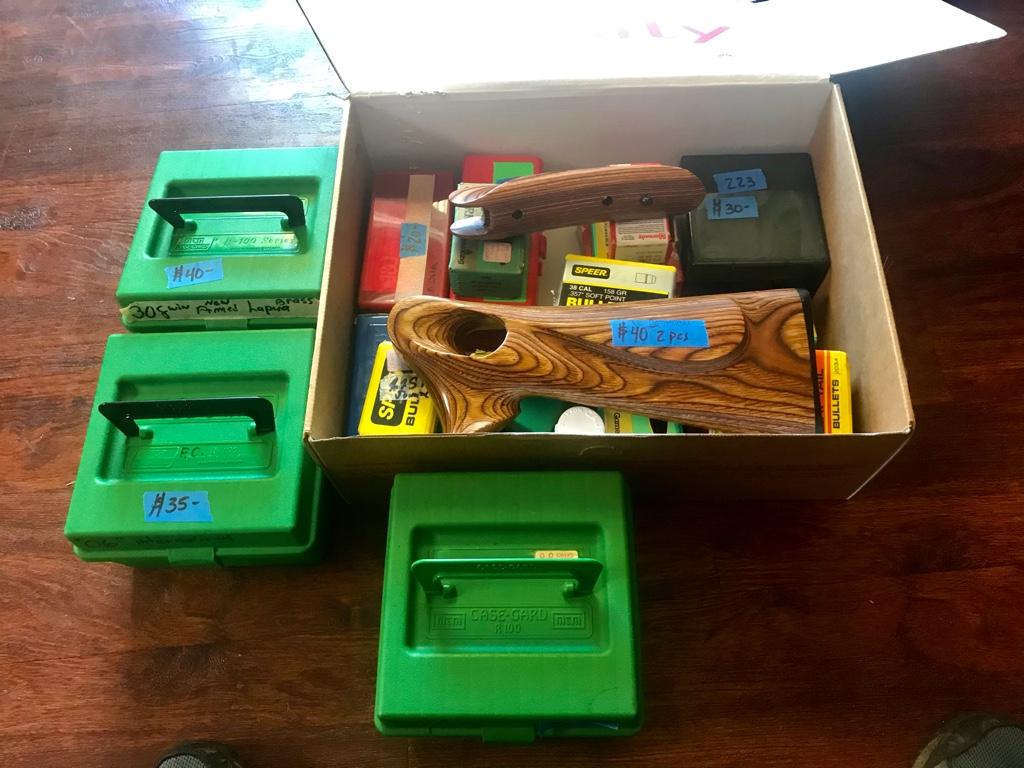 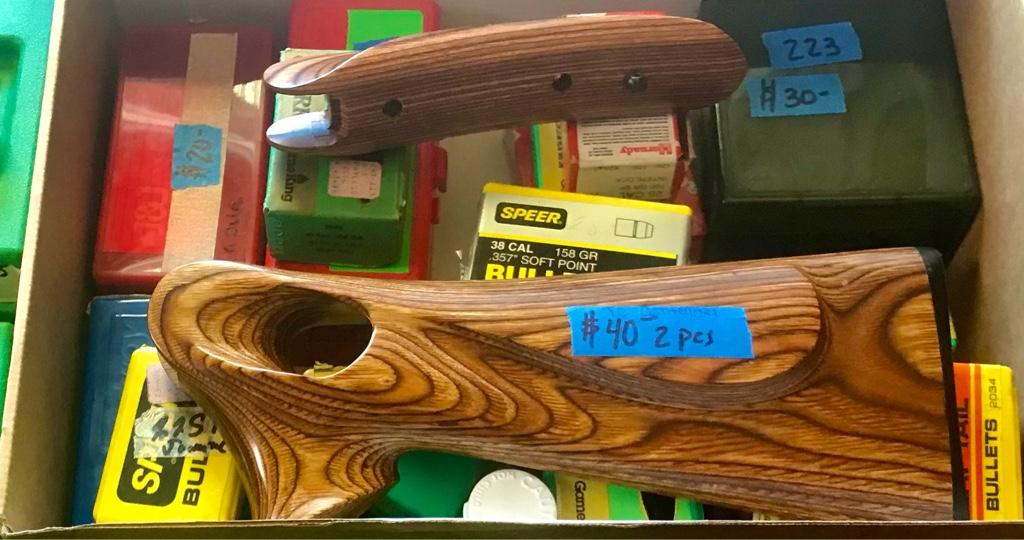 You certainly appear to have scored. It is characteristic that Lapua brass appears to have been annealed. Great stuff, by the way.
W

Yes sir I'd say it was a good trip indeed. Dan.
A

DrMike":4d8xl3el said:
You certainly appear to have scored. It is characteristic that Lapua brass appears to have been annealed. Great stuff, by the way.
Click to expand...

That makes more sense. I’d never seen any new brass that showed this so much. Looking forward to trying it out.

It’s a blessed man to have a Daughter looking out for his best interests. Haha.
A

gbflyer":3oa1eqwa said:
It’s a blessed man to have a Daughter looking out for his best interests. Haha.
Click to expand...

Yes. She still knows how to separate me from my money.

Yup, a real blessing to have a daughter that cares and “takes care” of her dad like this. Congratulations!
Duane
You must log in or register to reply here.

Load problems- Feel like starting over....Where do I start?