For those who don't know, I work with Gavin Gear at Ultimate Reloader. It's a website and a YouTube channel. It's his baby, he created it about ten years ago. He's brought a few of us on to help him during this past year. He pays me to handload, shoot, write about it, make firearms related videos with him, take photos, sweep the floors, air up the tires, whatever. It's fun for this semi-retired fellow. Today at the end of the day I took my first three shots with a rifle he built, his "223 Trainer."

Well, Gavin builds one heck of a rifle. The point of impact is off because we screwed a suppressor onto the barrel. It had been sighted in without one. Ammo was factory Berger 77 grain OTM 223... Goodness. This is such an easy rifle to shoot well. 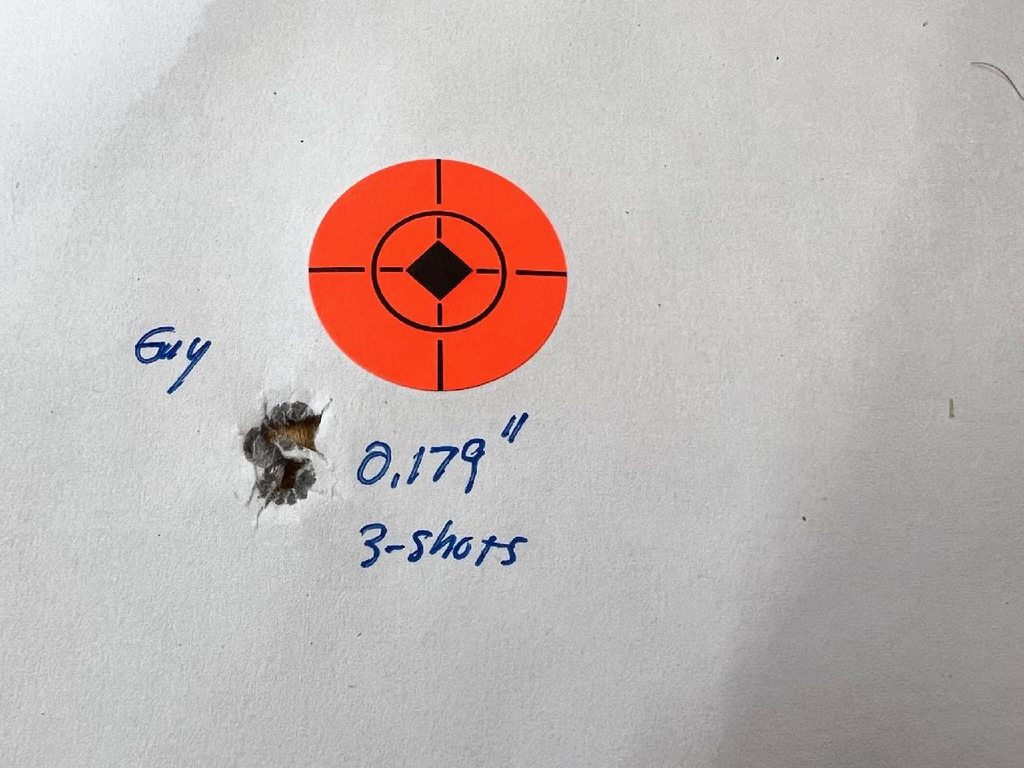 Ya, I know, no eye protection. My glasses were sunglasses and we were shooting at last light. I removed them. Still seem to have two eyes. 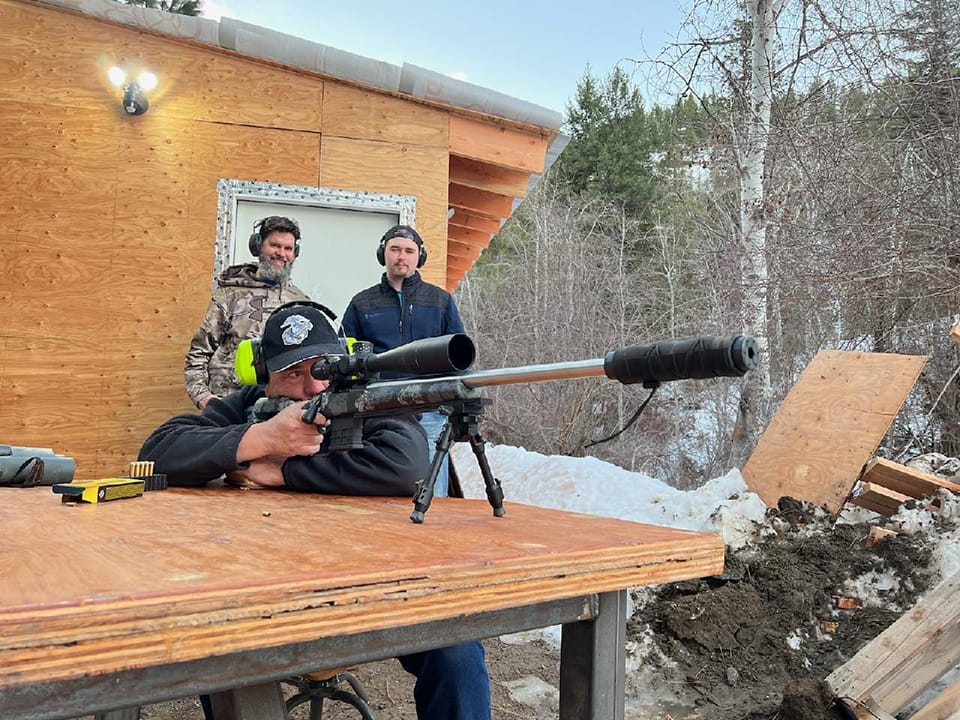 I guess the ol' jarhead can still shoot okay, at least from a bench.

Yup, that group is in bragging territory. I reckon you still have it, Guy. Neat rifle and project.

Cartridge is the same. He built the rifle as a "trainer" for the Precision Rifle Series. A lot of competitors shoot something a bit "hotter" for their match rifle, like a 6mm Creedmoor for instance, but find that those can burn through at least one, if not two or more barrels in a competition season. So.... they prefer to have a mild 223 "trainer" rifle on the side for most of their practice. The 223 barrels tend to last thousands of rounds.

I think this one is destined for double-duty as a varmint rifle once the snow melts away and the rockchucks & sage rats reappear.

She's a shooter for sure.

Nice shooting Guy, I enjoy watching Gavin's videos, and also seeing how much he has progressed in the past few years. Very cool to see you a part of it!
S

Very nice. It's hard to not like a 223 or three. One heavy and a lightweight version. Great deer cartridge too.
T

Nice shooting Guy. I do read up on Ultimate Reloader from time to time, enjoyed your articles there.
J

that's a dandy target .
B

Good shooting!! I believe you could hunt gnats with that setup.

Good build and a good shooter on the trigger!
S

Excellent stuff. A .22 centre fire bolt action is a very handy thing to have.

Scrummy
You must log in or register to reply here.