Plan is this yr to put a couple of these first in the rotation, will see how that pans out, but in the meantime gotta make sure I got loads settled for them and I can shoot them. 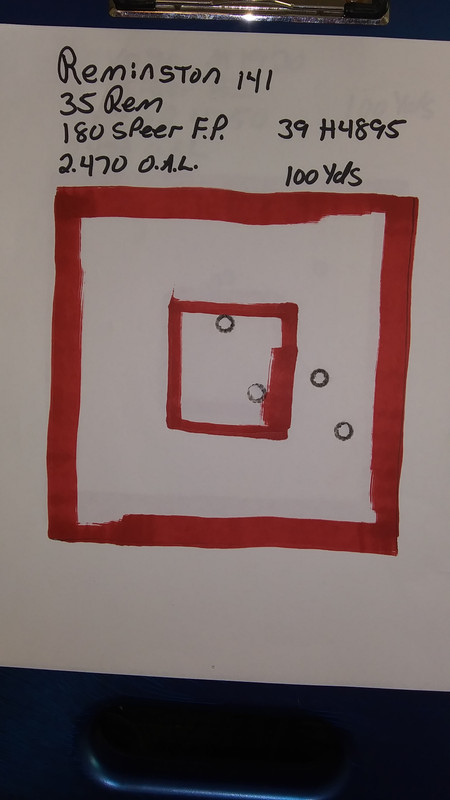 Next up was my Savage M1920 in 250-3000. This load I didn't have to work on or test, already know it does very well in this rifle. I just have to practice shooting it is all. This rifle has a bolt peep which really helps to sharpen up that front sight for me as good as it can with my eyes. Second shot I threw to the right, next shot I made sure I had the proper sight picture when it went off...........last shot I told myself if that shot is off, it wasn't because of me. Sure enough it was right in there. 3 shot group is under 1/2", my thrown shot is out just under 2". Way to mess up a great group you jackwagon. Lol. 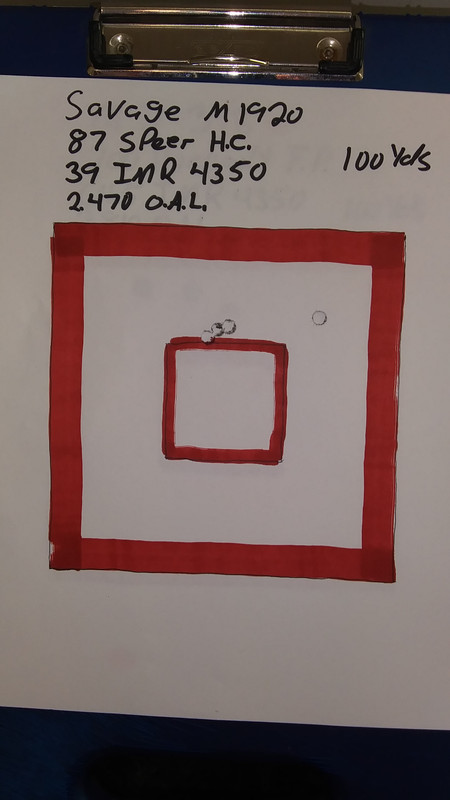 Last was the M71 348 Winchester. I had moved the front sight over as it was shooting right, and then confirmed a couple groups at 100 yds. Never shot this rifle much at 100 yds, and a couple groups with it showed that my IMR 4350 load is overall more accurate and consistent at 100 yds than my Varget load. So I guess IMR 4350 it is. Group is 1.5" 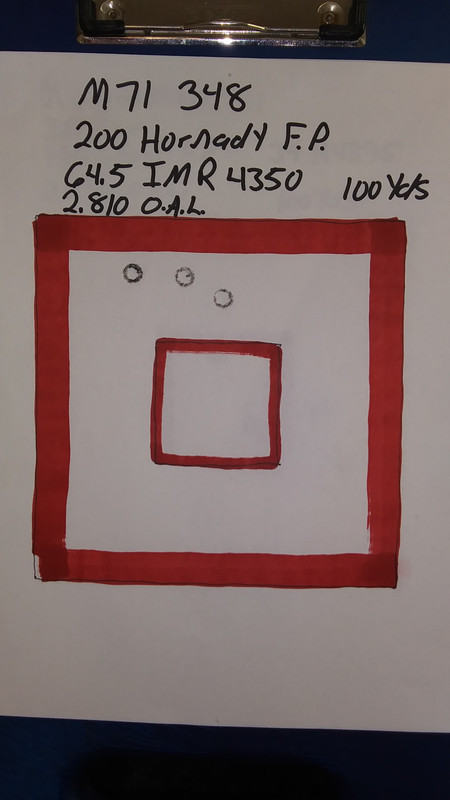 M71 & 141. The 141 has a tang peep that I shot with it folded down just using the buckhorn sights. Have to determine which way I'm going with it yet in the woods. 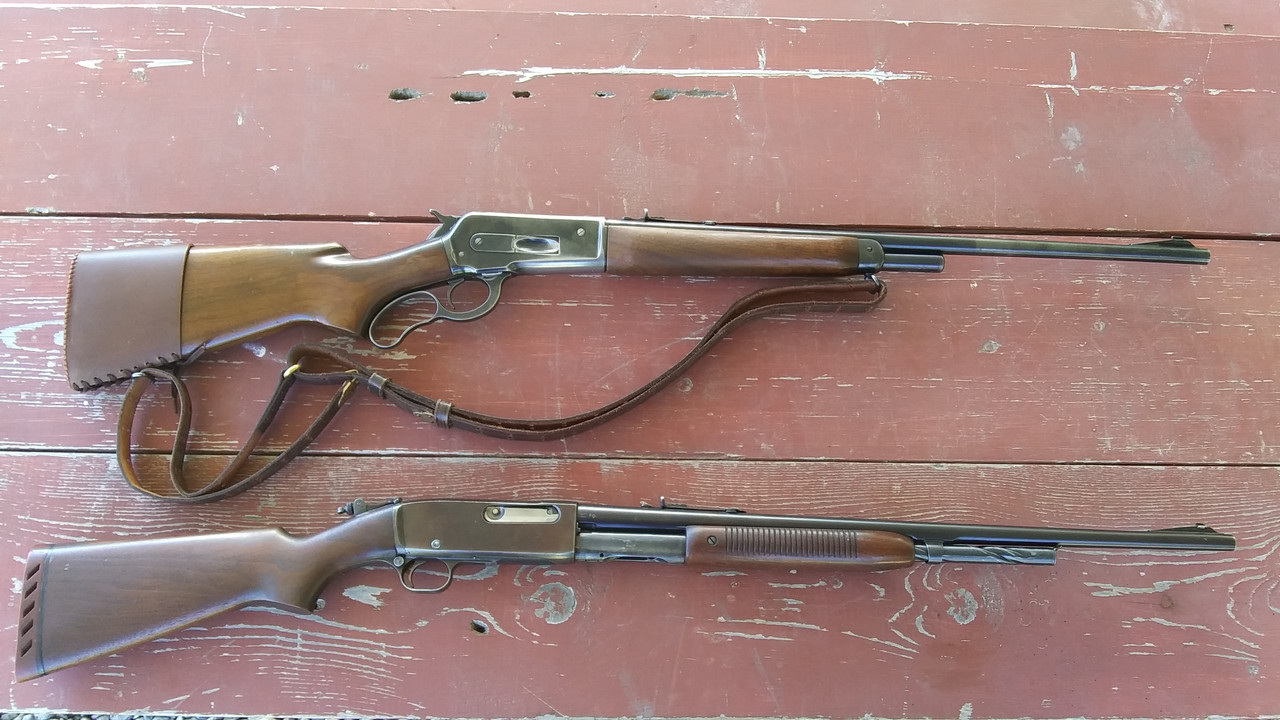 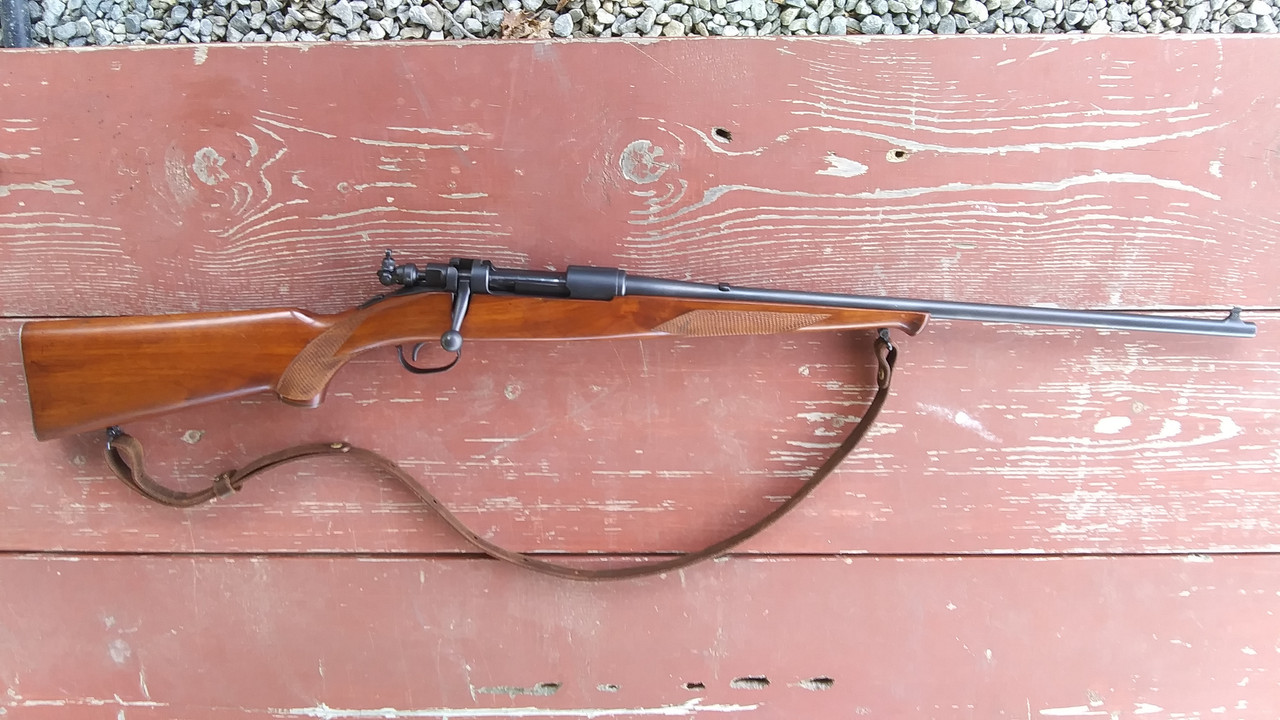 Any will serve you well for taking game at reasonable ranges.
W

Looks like you are good to go with all three. Dan.

.
I will admit that I struggled with open sights , maybe my eyeglasses , not sure.
S

.
I will admit that I struggled with open sights , maybe my eyeglasses , not sure.
Click to expand...

The M71 gives me fits at 100 yds, that's why currently I'm shooting high with it. The way the rear sight is shaped is a wide V with the lower 3'rd in kind of a U shape that narrows down. If I put that front sight down in the bottom where it would be more precise, I completely lose it trying to see it and the target at 100 yds. So all I can do is keep the front sight up at the top of that U to give me a reference for height.

I'll just have to remember on deer to do that and keep the top of the sight at the bottom of the deer, not the middle, at 100 yds. At 50 yds it wont be near as critical.
K

Man, oh man. Some days I hate coming on here because of all the ideas I get. Admittedly, this is a much less expensive idea than when I read about everyone's new acquisitions. Anyway - this seems like a capital idea. I know I want to hunt with a levergun (another idea from this forum), so, I think I will work the 45-70 and one of the wife's .357s into the mix.
T

That is good shooting with iron sights. When I was young it was a thrill using open sights.
You must log in or register to reply here.