My grand dad passed a ways back, he mentioned he was given a Christmas gift by a best friend, it was a Colt Woodsman in .22 Long Rifle, he had passed it down to me to keep. It was rusted and beat up, its about 25 odd years that I kept it. It had malfunctioned and when I load the mag, and slide the hammer, once the slide closes and the gun would go off. It happened when my grand dad and I went to the ranch long ago when I was young and I saw a jackrabbit at 25 yards, so took the Colt and pointed it up at the roof of the Ford Ranger we drove in, and I slid the slide back and pow, the Colt went off unfortunately, and went through the roof of the Ranger. Glad no one was hurt and my grand dad looked at me all pissed off and called me stupid for leaving my finger on the trigger when the slide hit home, but it was not me. It was scary, and it was the last time it was used. After he passed, I sent it to my local gunsmith and he looked it over and said that the hammer / sear is the issue. Those parts are obsolete and he went nuts trying to find those parts and finally found it. He opened it up and had the gun reconditioned, blued and the hammer / sear installed. Still in its original grips with the emblem of a horse on the ride grip. Real beautiful when I got it back and tried it at the range, no flaws. I don't plink with it too much since its a rare item. I had the Colt, in pristine condition, in the safe since late 90's. I took it out for a looking over and gave Colt a phone call on its history and gave the tech advisor the serial number and oh gosh, he said its 1949 when it was produced. I asked him if he is for real, he says " Yes". Going to keep this little .22 to pass on to my daughter to remember her great grandfather.
It's a real beauty. 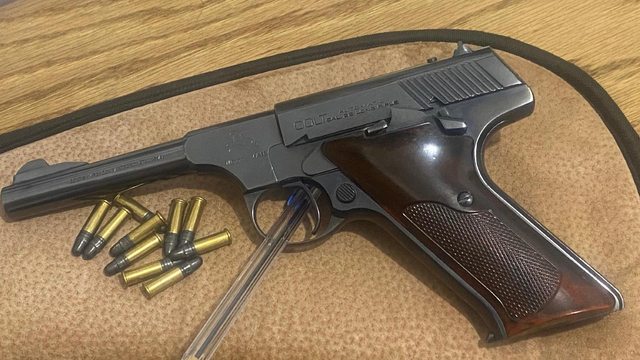 What a delightful story! Each of us likely has a story of a gun that humbled us. So glad you kept it and at last was able to have it reconditioned. What a great handgun to own.

That is seriously COOL! So nice that you spent the time and money to keep it in running condition. CL

Well Tackdriver - that is so cool, and here's a photo of my father's Colt Woodsman. He taught me how to shoot a pistol with it when I was a little fellow, less than 10 years old. I had it at the range not long ago, and it was shooting decently well. Dad must have bought it back in the 1950's. 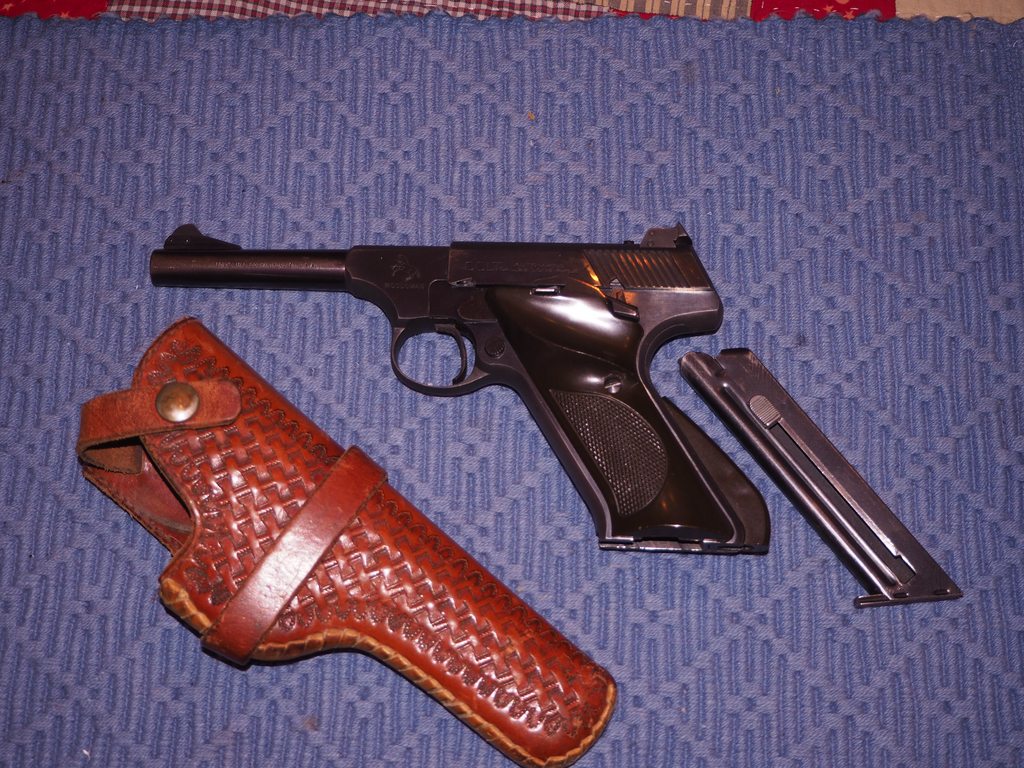 Regards, Guy
You must log in or register to reply here.

What to do with a pretty stock?