The little Ballistic Tip that Could

Left town early this morning before dawn, headed to a private ranch for a meat hunt. I had been to the same ranch 20 years ago where I had harvested several nice exotics which included axis deer, impala, nilgai, blackbuck and some nice whitetails. It rained so bad on the way there and was still raining so the guide and I chilled under a patio roof and chatted waiting for the rain to subside and it was barely drizzling, so we headed up to a blind under a tree. I brought my 6.5 Creedmoor with those 120 grain Chocolate Tips. A herd of impalas and blackbucks lingered about in the fields and they were beautiful. I was focusing on a whitetail doe and rested the Creedmoor on the window sill and flicked the safety off, she was at 140 yards and did a head shot, dropped right there. We were all smiles and gave each other a fist bump. I decided to wait longer hoping one more would come out to harvest, but none came. Shortly after a group of red stags stumbled onto the field and I have never tasted red stag, and I decided to take a cow, and the herd was a tad over 200 yards away, and by the time I was ready, they had moved off and was gone. Shucks. An hour passed and no sign of any whitetails or stags besides herds of exotics, we decided to get off the blind and head to the truck to stalk a different area of the ranch for some red stags. We stopped at an area and stalked a short distance and we saw a herd of red stags grazing in a field. The guide set up a rifle tripod and I clamped my Creedmoor to it and adjusted height and sturdiness before flipping the eyepiece covers up. I observed the herd and I was eyeing a large cow in the back of the herd. I waited until she moved into the open but several minutes went by and she hasn't, and finally she had peered towards me curiously because I was in the open where I had to clear the bullet path of low hanging trees and twigs to avoid a ricochet and ruin the hunt. Her head and neck was only visible, and the range was exactly 215 yards. I steadily aimed at the center of her neck and squeezed softly, and thwack, the bullet had connected with a mist of crimson behind her and she disappeared from view. The herd scrambled and she was on the ground with feet up in the air. We were all smiles again, and three fist bumps with the guide and his assistant. It's my first medium heavy game taken with the little Creedmoor bullet. The guide was impressed with the shooting performance where it dropped it so fast. The 120 Chocolate Tip hit center of the neck with a softball exit through her neck bone. Upon skinning it, the head was nearly decapitated, mostly held by the skin. Beware, pictures may be graphic. :? All quartered and in two ice chests until tomorrow for processing. Until next time,,,,, 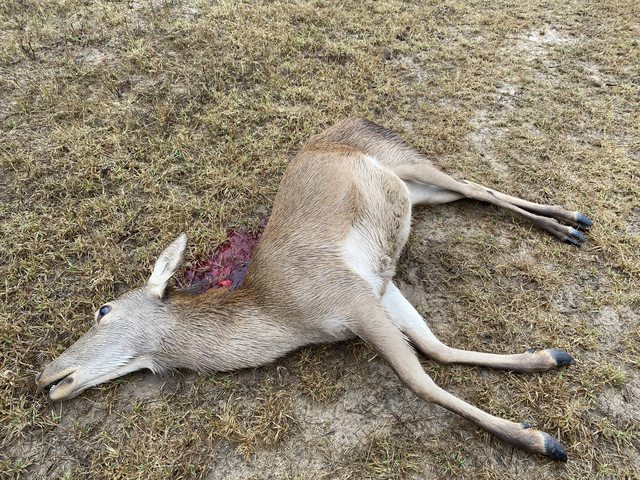 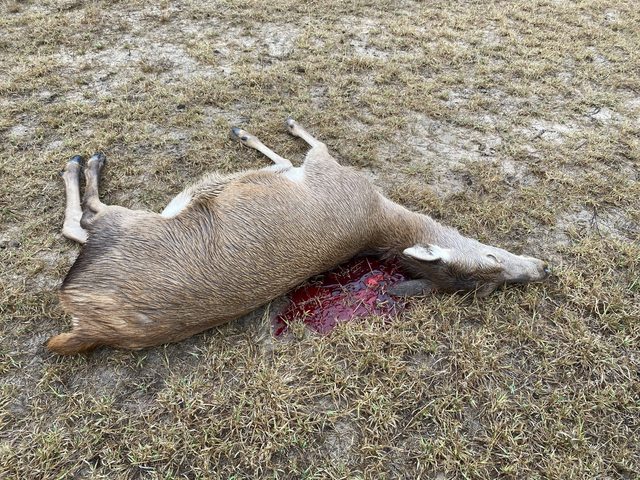 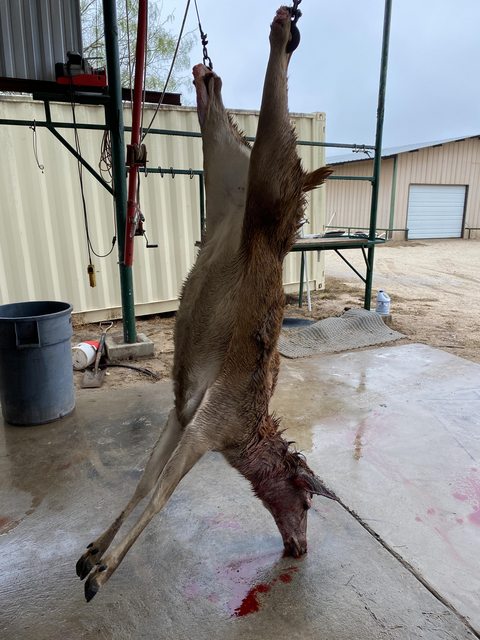 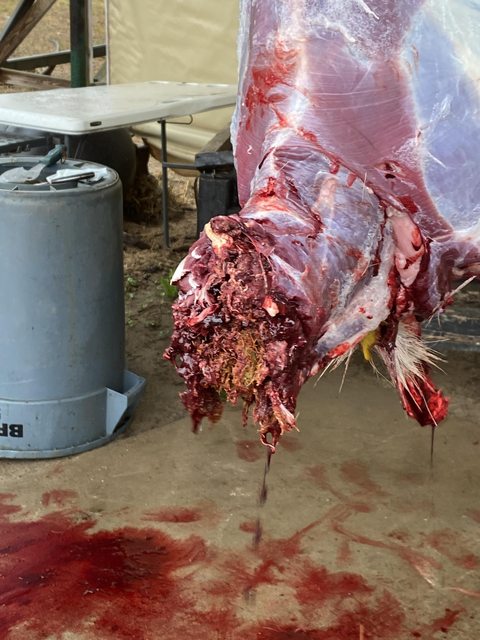 Excellent description of quite a successful hunt. Thank you for sharing. You did well, and to be certain, the BT performed very well, indeed. Congratulations.

Nice the guide had a solid tripod!

Head shot and neck shots definitely get the job done!

Yes the .264 120gr BT is a very good bullet and I used it ever since they started making them. While I found them very accurate and made my longest shot on a Antelope at a little at over 500 yards. I have since moved on to the 130gr AB, Why in a .264 Win Mag at close range they were a bomb and I shot a running coyote at close range and almost cut it in half, also the last Mule Deer I shot with it at close range was not good either. I will say in my .264 Win Mag from 150 to 500 performance was perfect.
W

TackDriver, an enjoyable little read, and pics. are always nice.

Thanks for the nice compliments, just missed my old messages I wrote, and going back up there again in a couple of weeks. Can't wait.
You must log in or register to reply here.