In thinking about which rifles I wanted to use this deer season, it occurred to me all the deer I've killed have been with bolt guns. The calibers varied but not the action. So, I decided this year I would hunt primarily with a lever, pump, or semiautomatic and started loading test samples of ammo to see which ones got the nod.

Earlier this year I bought a 1969 vintage Marlin 336 and mounted a Leupold 2.5-8x Vari-X III on it. I looked online and Hornady's 160 FTx bullet had a lot of positive reviews so I loaded some of those over Leverevolution using Hornady data.

Some friends and family members went to the range with me. I fired two rounds to adjust the scope after bore sighting and then fired a three round group at 100 yds. To say I was pleased is an understatement. I almost felt like Shadetree for a minute![emoji16]
I'm pretty sure if this will repeat with an kind of accuracy it will see time in the woods. 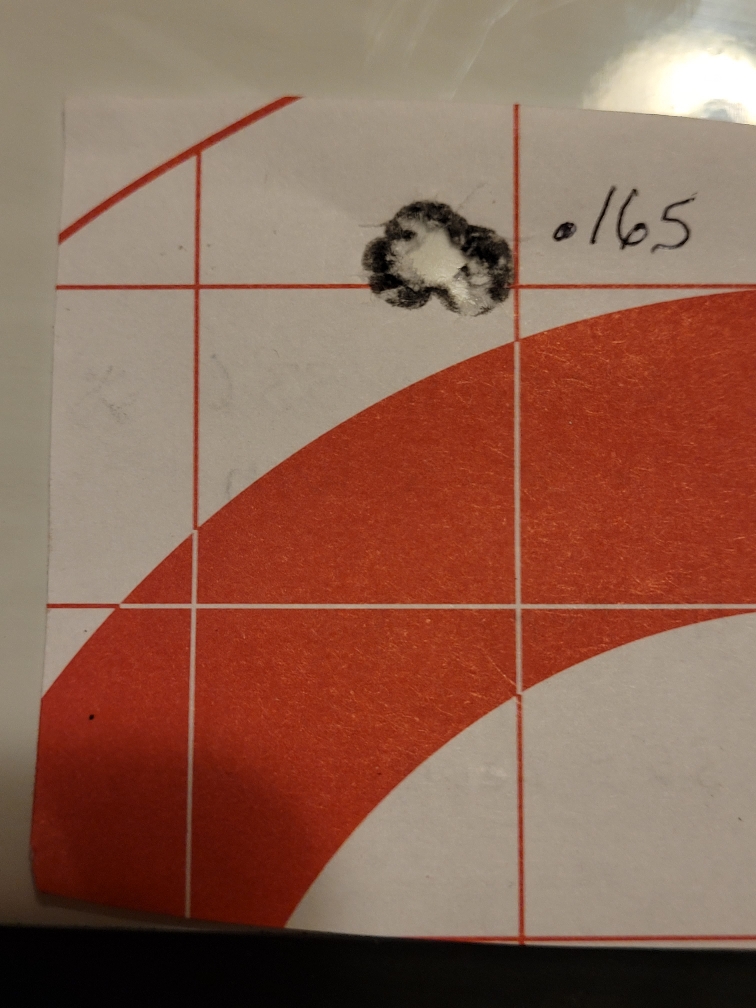 WOW! doesn't get any better then that. That would be the one I take.
Its really too bad the ole 30-30 isn't magnum enough to kill anything. hahaha :lol:

Great accuracy and I'm confident you'll get your deer.

Got similar results at 2300 fps. It’s taken several bucks and does since it was loaded with the FTX160 and LVR.

You’re getting better accuracy than I’ve gotten from my 336. Haven’t given up yet..

That group is a certified confidence builder. Yeah, that load should get lots of time in the field.
R

Ihsako and mjc, its 35.5 gr of Leverevolution and the bullet is seated at Hornady book depth (2.535) and I used CCI BR2 primers. I hope this helps.

That's awesome! I love old rifles showing out. Can't beat it with a stick. That's a good one.

Good gun or not it doesn't happen by itself. Great reloading, great shooting. Congratulations. And btw, you have me beat with an old gun at 100 yds.
L

Sent from my SM-G781U using Tapatalk
Click to expand...

Thats great Ron. What speed does the data claim with that load?

That is a very fine load you have there :grin: . Must be something with those FTXs , they shoot well in my 458 WM.
R

Sent from my SM-G781U using Tapatalk

Anxious to see the terminal results. Good luck in the field Ron!
You must log in or register to reply here.