So I've been sitting around all week on vacation twiddling my thumbs. I think it's the first time I've ever taken time off and just stayed home. I had some days to use or I would lose them and I'm not about to give time back.

My buddy called and we decided to hit the range. It's rainy and low 40's today so I hate it. I know those of you that are having sub-zero weather would like to see 40 but the drizzle and grey doesn't make it fun.

Back to the story...he brought his Marlin guide gun in .444 and I brought mine in .450 Marlin. After shooting a couple groups off the bench we started shooting off hand. Then we thought we'd try the steel plates at 185 yards. Both our guns wear peep sights, his are Skinner, mine a Williams. The steel plate is inside a large tire and all the paint is gone so you have to find it first with a spotting scope or binos.

I'd like to tell you we rung the bell with every pull of the trigger but we didn't. We did nail it numerous times but I think the most fun was being the spotter. We could watch the bullets through the spotting scope on every shot, just missed left, low, over, hit!!! We've done better on it in the past when the lighting was better and the steel had been freshly painted white but we still had a blast.

I will say this, if scientists say the earth has shifted off it's axis slightly, it could be those big chunks of lead we were hitting the earth with are the culprit

Ha! That sounds like a great time. Heaving lead cannonballs in the rain. NICE!

Indeed, sounds as if you men enjoyed a great day. You may be correct--it did feel as if the earth shifted somewhat. :shock:
D

Lever days are a hoot. Something about the bigger bore levers. Big fun!
S

I no longer own a lever action rifle but we do spend time hitting the 8" steel plate which is at 225 yards. At the range I belong to there is no area to stand and shoot free hand so we do it off the bench which I find a little easier.
I enjoy being at the range but not with the weather we have been having for the last week it is -42c this morning with the wind chill :shock:. 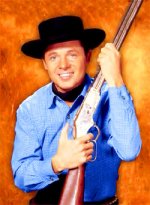 Amen to that! I really need to get mine out and give them a barrel warming day.
You must log in or register to reply here.