What a great account of an excellent hunt. Good on your lady for persevering and tagging her buck. Sounds as if you were some game rich area, which always makes things interesting. Congratulations all around.
E 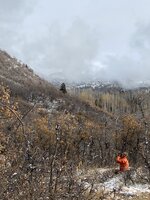 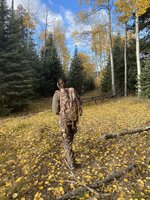 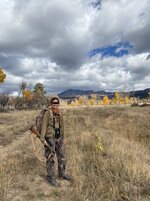 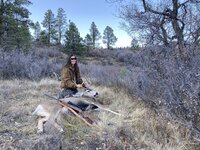 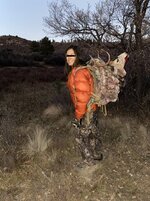 Congratulations to you both on the fine mule deer buck! Great write up and way to mom.

That is great country for a hunt. Again, congratulations on your lady's successful hunt.
N

Congratulations all around. What a wonderful write-up. Great photos also. Thanks for sharing your story. Dan
G

Outstanding report and results. What a great hunt, got to see elk, deer, bear, have a great adventure. Who could ask for a better trip.

Great retelling of the adventure. No shortage of memories there. Congratulations!!!

Nicely done , congrats to her

Thank you guys! I really appreciate it! We were so blessed to draw this hunt, enjoy the outdoors together, and finally harvest a buck. Ironically, a snow the day after our hunt ended really got the deer moving and migrating to their winter range. Deer were coming out of the woodwork!
My daughter’s hunt will begin on Nov 19th. I have to return to work in VA, but will rejoin the family again shortly. In the meantime, I’m hopeful my nephew and daughter can load a few rounds while I’m gone and get some practice in. We just got some Lapua cases in that should be like peas and carrots with 90 grain Accubonds on top of a little RL 26. More to follow soon!
V/R,
Joe
B

Congrats!
Shared adventures afield that make fond memories and tasty meals.
The sore muscles from the exertions are soon forgotten and the desire to be afield again will rekindle hopes for new adventures.
P

"Congrats!
Shared adventures afield that make fond memories and tasty meals.
The sore muscles from the exertions are soon forgotten and the desire to be afield again will rekindle hopes for new adventures."

Congrats to you and the family!

This is just excellent! Those memories will get sweeter as the years go by. Congrats and compliments to the lady for her perseverance and a good shot! CL

Well done!
You must log in or register to reply here.