Nice morning at the range

Re-tested the 6.5 Creed again using the Hot Cors in .005" increments out to .030" using the virgin Lapua brass and I gave up on those bullets, strange thing is the 40.5 load had opened up like those previous awful groups, seating depths has not helped. So for this reason I'm out, not doing further developments using the Hot Cors. I'll use a different bullet if testing virgin brass so I can hunt with virgin brass until all are fireformed. Like Scotty mentioned, it may not be balanced. I have about 20 virgin brass left to fire form, I'll use the ELD 147's or test the Berger VLD 130's instead soon.

I had 15 ELD-M 178 bullets left from last year for the .308 in the ammo box, I downed an 8 pointer last season with those bullets, complete pass through. Tested 5 and sighted in after cleaning the barrel, and fired 10 rounds and 9 out of 10 shot very very nice and one round was a bit out and when that happened made me say the bad word, lol. I tried a different target instead of the usual fluorescent orange, and did not like black targets much because the cross hairs are the same color as the target. I ruined my aiming point though. I should have clicked 1 MOA left before shooting, but wanted them on point in case I needed it for a hunt. Now the batch of 50 cases are all fired, time for annealing. 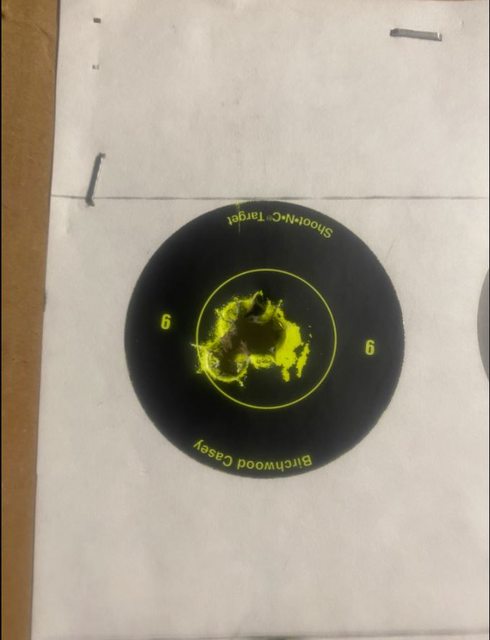 I opened a new box of 180 grain Ballistic Tips to use in the 300 Win Mag, according to my notes, the bullet ogive was .020" different from the old lot from 2 years ago. So I just loaded 3 to the same ogive, cleaned the barrel since I used the Accubonds for that red stag hunt I had back in January. I remembered that the POI was the same with Accubonds and Ballistic Tips at 300 yards when I tried both bullets 2 years ago. With a cleaned barrel, put 3 downrange and first shot on the right and two a little to the left and overlapping each other above the bullseye. I don't think it will need any tweaking. Using RL-22 / and a mild charge of 74.4 grains ( .6 grains under max as stated in Nosler manual ) and velocity was 3115 fps at 65 degrees. Norma brass pockets are pretty soft seating and will need to toss them soon, I believe its on its 6th firing. I just found 50 more new Norma brass under a pile of junk that was in my closet. Soon I'll need to make some false shoulders for the new batch of Norma and Lapua 300 Win Mag brass once I buy that .322 mandrel. First time I bought Lapua brass for this round, this was before I found the extra Norma brass I had. All shots was at 100 yards. 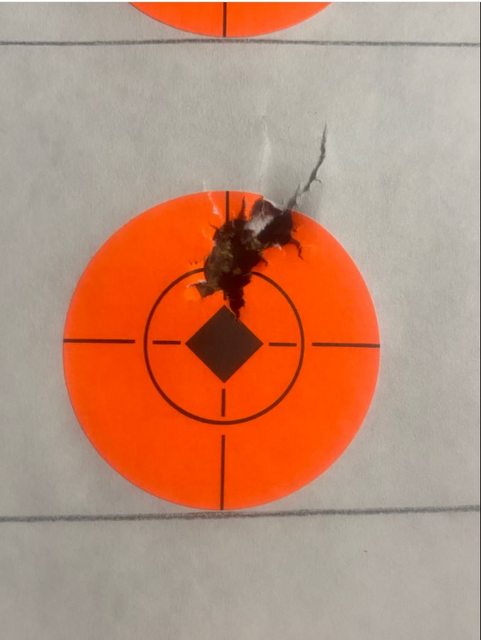 Good shooting. That 1/10 shot musta been frustrating lol
A

Appears as if you found what you need. Fine riflery.

Very nice, I can't imagine there's anything to not like about that.
W

I played with some hot cores many years ago . I can't remember how well I got them to shoot . I've never tried them in anything else , so that might be my answer .
You must log in or register to reply here.