I have rewrote some of this and added more pics. E
The Wednesday after Father's Day, there were seven of us out trying to shoot a prairie dog past 1K with specialty pistols. Steve Hugel (My longtime hunting buddy from Pueblo) and I spotted for four plus hours. There were others who would shoot for awhile, and then turn around and spot as well. 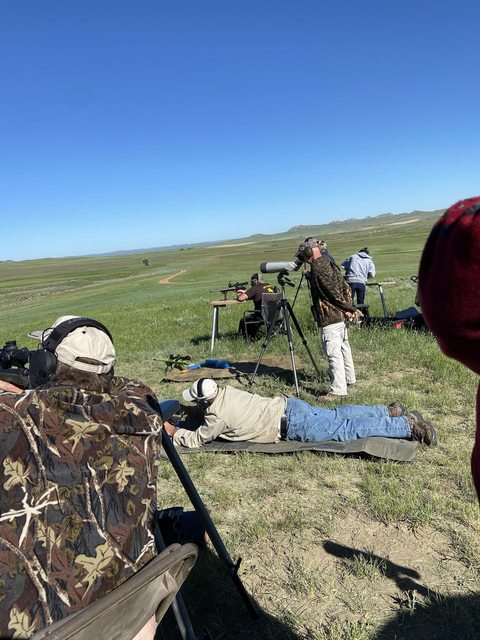 Jeremy had 2 kills over 1100 yards, with the one that stayed topside at 1126 yards, shooting his BCG 6mm Creedmoor Alpine clone XP-100, using a NF scope. After all of us were done shooting and we were out taking pictures, Jeremy grabbed the wrong 6 Creed XP. He has two of them so the one in the pictures is the wrong gun. He didn't realize what he did, till they had been on the road for four hours. 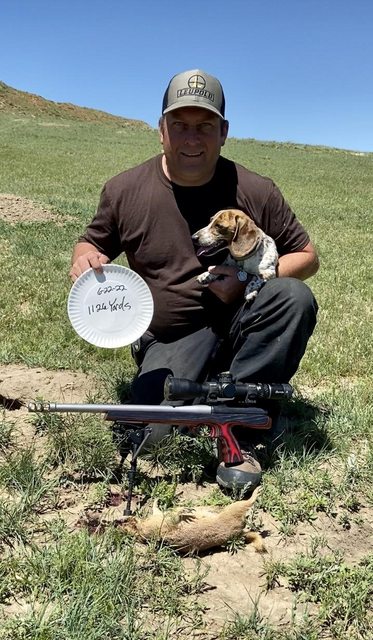 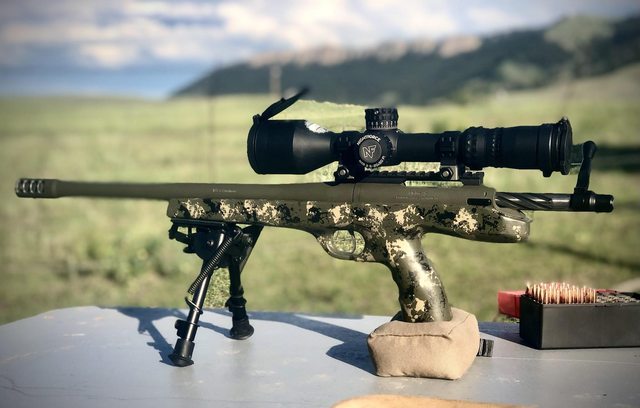 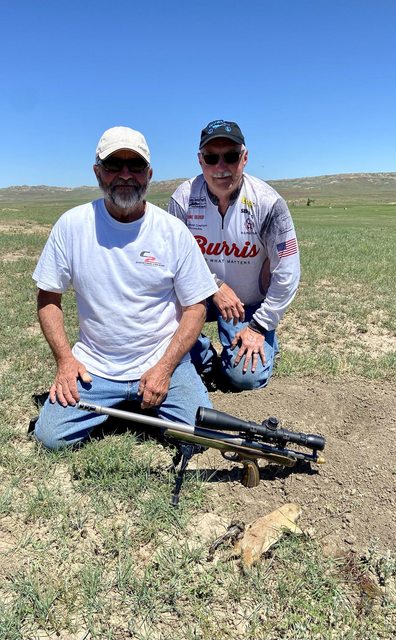 Glenn hit one at 1161 yards with his BCG center-grip XP-100 in 22 Creedmoor (Sightron S-III 6-24), using the 88 grain Hornady ELD-M. I watched the bullet hit the dog, but it went into its hole. Later on, we found blood, but it went deep enough down, we couldn't see it. Before we got everything loaded up, Steve challenged me to kill a prairie dog over a grand in 10 shots or less. He said he would buy my lunch if I could get it done. The conditions were good, so I started pulling stuff out of the Yukon. Now I had a decision to make. I had three 22 centerfire specialty pistols with me. A H-S Precision HSP, 15" center-grip 1-7T, with their H-Brake chambered in 223 Remington, shooting 77 grain TMK's (2675 fps), with a Rockwell stock, and a Burris XTR-II 3-15 scope. Steve had been shooting the H-S Precision pistol for the past couple of days. I also had two 22GT specialty pistols that Peter Angelos of Omega Precision Firearms here in Gillette, put together for me. One is a center-grip XP-100, with a 15.9" Hart HV 1-7 twist barrel, with Holland Radial Baffle brake. It has a McMillan stock, and a Leupold Mark V 3.6-18x44 scope. Alpha brass, RL 26, Hornady 88 grain ELD-M at 2886 fps. The one I decided to shoot is a rear grip set-up using a Kauger Arms PRS action, 18" 1-7 twist barrel,Trigger Tech trigger with an MDT chassis. I have the Burris XTR-III 3.3-18x50mm with the SCR MOA Reticle. 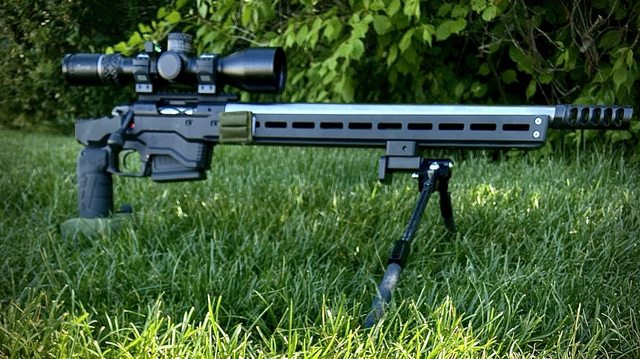 I had shot the Kauger Arms rear-grip two days earlier for fun, so I chose it. I found a dog, and ranged him at 1004 yards, dialed up 22.5 MOA, looked at the conditions, and felt the wind, and dialed left 1.25 MOA. Steve had not had time to get on his Kowa Big Eyes yet, as I guess he thought it would take a shot or two to get dialed in or he was just trying to locate where I was going to shoot. I believe Jeremy's dad, Leo and Jeff or maybe Jim was on spotting scopes. I can spot my own shots with this rear-grip, so I wasn't worried about someone needing to spot for me. I hit him in the head on the first shot cold bore. I doubt I will ever be able to hit that small of a target at just over a grand again on the first shot with that many witnesses. Steve couldn't believe it, and since he hadn't got on the dog yet, he didn't get to witness it. At first, he thought I was teasing him, so I told him to look through my scope, and he saw for himself the small dead prairie dog topside. Then it rang out, "there is another dog right beside him!" I got back on the gun, since I had 9 more rounds to use, and proceeded with the more typical kind of shooting for this distance on a very small target (just right, just left, just over, etc..). Both of these prairie dogs were yearlings or extremely small for their age, and not the Boone and Crockett level you would prefer for this type of distance. On the 9th shot I took out the second one. Another unique thing is we had a group of vultures gather around the two dogs. After about 10-15 minutes, a bald eagle came down and cleared them out and took the second dog away-LUNCH!
It was my day to look good. Steve was spotting for me with his Big Eyes for the second pd, and that made everything sweeter, as Steve had been my spotter when the two of us committed to LR dogs back almost 20 years ago when we made our first endeavor of 1K+ to one mile plus pd shooting. I do recognize that my cold bore shot was probably once in a lifetime. I also understand the good fortune I had for those nine shots. For a reality check, Glenn and I went out again the following week for several hours, as I wanted to kill one with my center-grip 15" 223 Remington HSP. In the course of the morning, I fired 92 rounds, and hit one at 1058 yards. Another prairie dog ended up dragging him down a hole-Grrr! 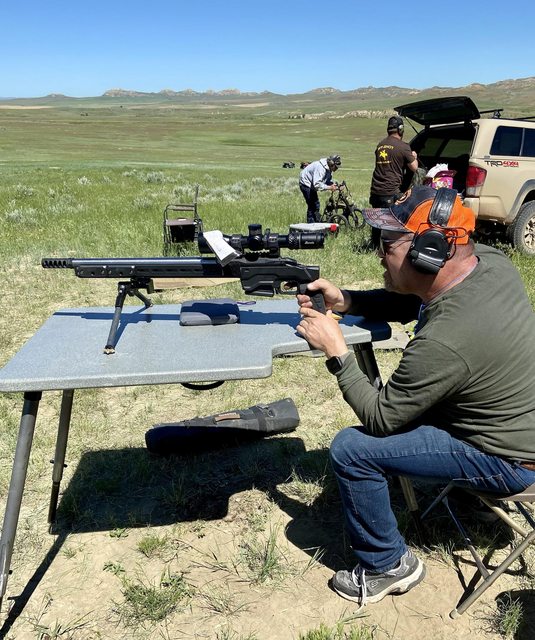 Back to our original morning, I asked if anyone wanted to shoot the Kauger 22GT rear-grip, and Jim said he would like to shoot it. He killed a prairie dog beyond a 1/4 mile with it in 5 shots if I remember right-It sure shoots good! We were shooting off Glenn's portable bench. Good times with good friends. Lunch at Los Compadres was very tasty!

Added some pics and other info.

One of my WY-SHOT shooters told me last week, that his next build is going to be a 22GT...I just smiled