Old M98 I got in 30-06. Stock had a minor crack in it, it's still at my one buddies getting fixed. Meantime couple yrs back I picked up a cheap synthetic stock for it off a table. Stiffened the forearm by using aluminum c-channel from I believe an old TV mounting bracket, cut them to length spread out about 2-3" apart down the forearm and poured it level with 2 part epoxy. It wasn't inletted proper and the action and barrel ran uphill. Ended up hogging it out and bedding it 3 times to get it to suit me, but that's another story. I could've left it alone after I bedded it the first time.

Been running this load through it testing and it has been I guess you would say strong average, but amazingly consistent. I shot 2 different 5 shot groups and a 4 shot group at 200 yards. 2 of the 3 were right on or just under 2", this 5 shot group today was just over at 2.182. All of the groups had tight vertical spreads, 2 groups just had a 1/2" vertical, all the group sizes were from horizontal spread. Today's group had 1 shot high that made it a 1" vertical spread. 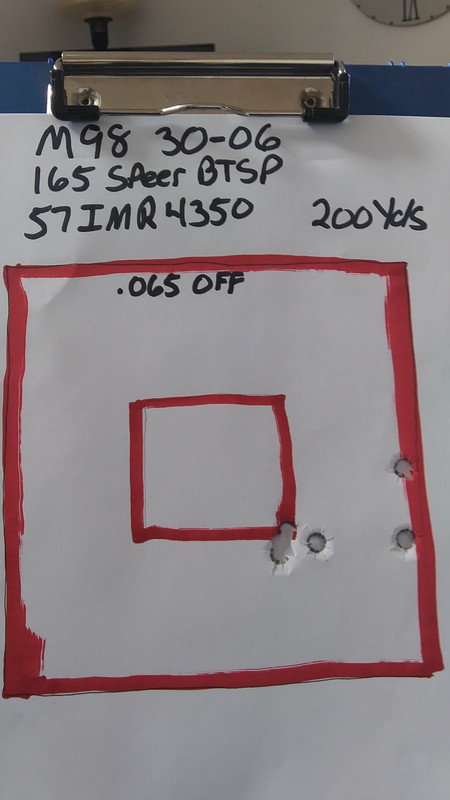 Don't usually name my rifle's but I kinda nicknamed this one Old Henry. Like the movie. Beat up and kinda ugly, but don't take him for granted. Ha. 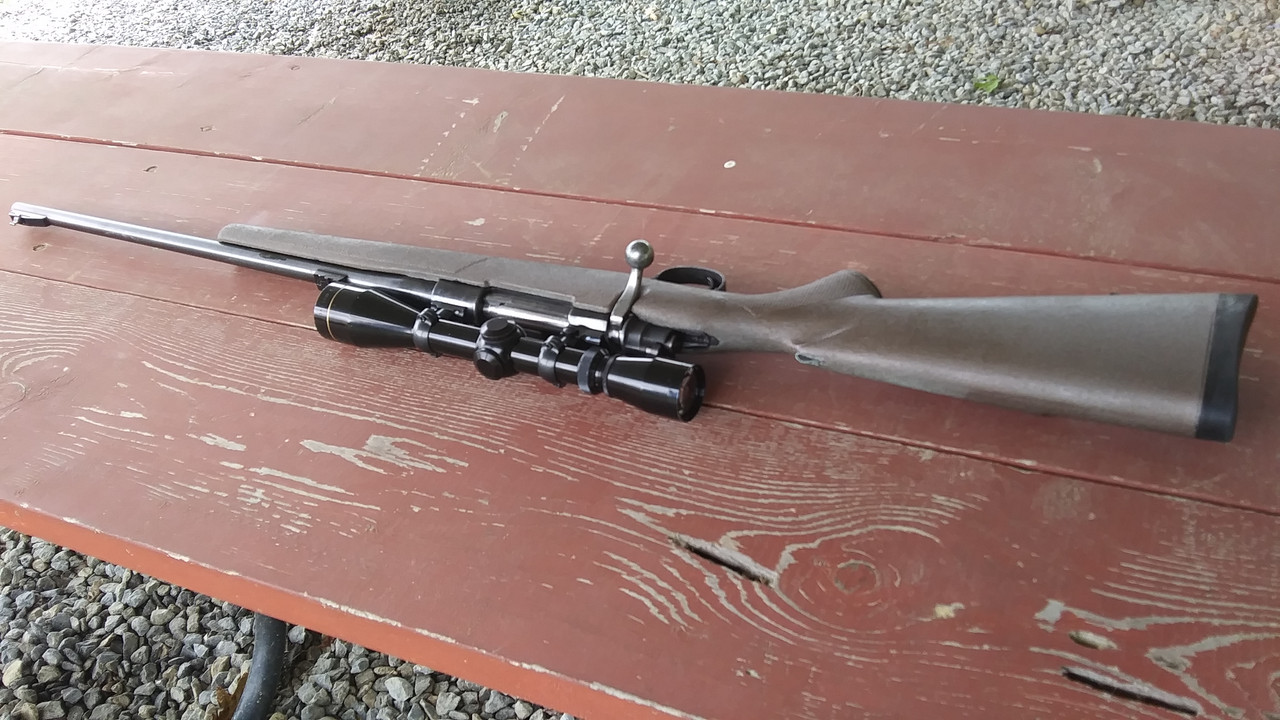 Some of those old dogs still have a lot of fine groups left in them. Looks as if you have one that isn't ready to give up the ghost just yet.
S

DrMike said:
Some of those old dogs still have a lot of fine groups left in them. Looks as if you have one that isn't ready to give up the ghost just yet.
Click to expand...

Yep. Holding an inch at 100 isn't bad, holding 1 MOA at 200 is better. Maybe with some seating adjustment it can do noticeably better yet, or maybe not. It had been sitting a while mostly because I knew I needed to bed it again to be right, and was just shooting other stuff. Got to it last weekend.......guess what those mounts and that Leupold 3-9 came off of?

Ain't nothing to complain about there. Except you called it Old, beat up and kind of ugly. All us codgers take offense..
S

hunter24605 said:
Ain't nothing to complain about there. Except you called it Old, beat up and kind of ugly. All us codgers take offense..
Click to expand...

A mere slip of a child. Ain't never gonna' catch up to me!
S

DrMike said:
A mere slip of a child. Ain't never gonna' catch up to me!
Click to expand...

I'll try to remember that this yr when I'm hoofing up over a mountain. I'm young.

Don't know if I'll even be carrying this rifle this yr at all. Just gives me something to work on and learn more from which is never a bad thing. Was anxious to try it at shorter lengths yet but it was windy today so no go. Bad day for testing
P

I have a bunch of old Mausers. Mostly commercial FNs but a few based on milsurps as well... I'll that a good old 98 Mauser over any of he newfangled stuff they put out today. They may not be as accurate as the newer guns but they're more than accurate enough for what I want them to do; kill game.
Paul B.
You must log in or register to reply here.