hope i m starting well with that test ....
Y

i like milk jugs and water so this is where it starts.

first, guys from whitehorse do not trash milk jug we need it.

second, any bullets you have that you want to see or you want to donate for the cause or for the test feel free.

i wont be alone our Why not? will be at the party too.

and the results: its not over.


ok, the photos will come later but here are some comments.

shots were between +-20 yards at max. it was the first batch so we need to chronograph and take more jugs ....

- Test media: milk jugs....lots of water also!!
- Disclaimer: I know milk jug and water do not give identical result to flesh and bones, blah, blah, blah.... (stolen and adapted from BCsteve) 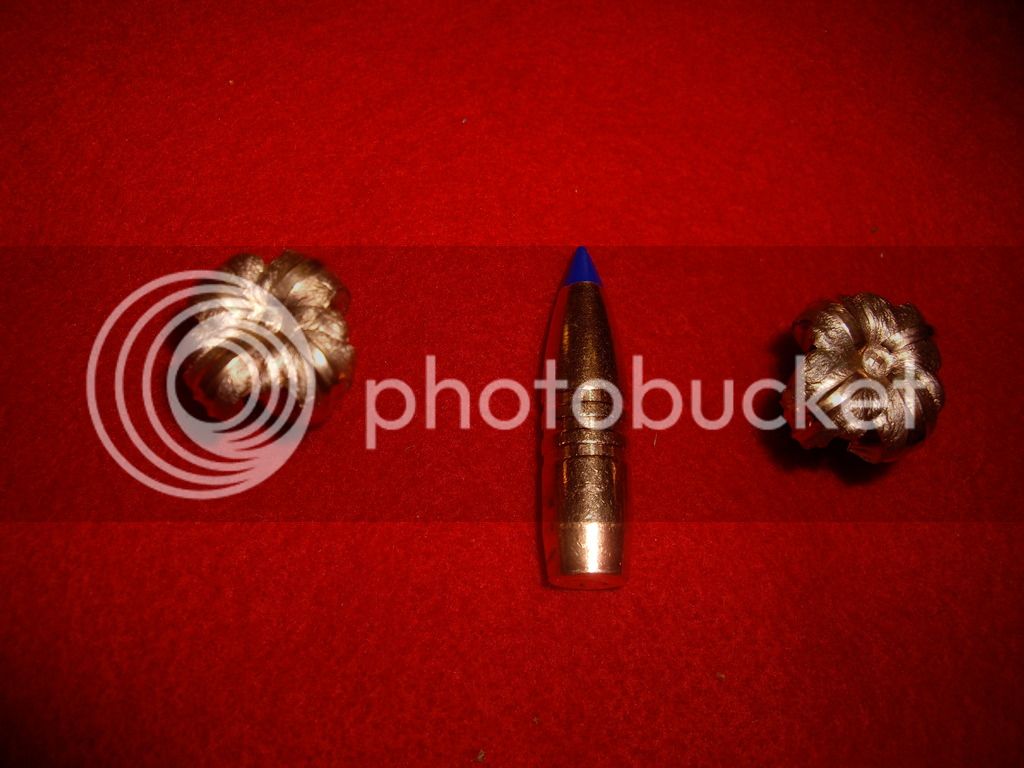 you can notice how the impact flattened the bullet.

20. 285 Lapua Mega (very similar to the Partisan) factory ammo one exited after 6th jugs and one recovered in 7th perfect mushroom 247 grains

21. 286gr hornady. found in the 4th jug lost most of it what you heard is what we found so far ... very good for practising and that is it. 53.6grains found nothing from the front part at all .

26. 285gr norma plastic dual core (yellow tip) was too low on the shot but some parts crossed 7th jug despite hitting some wood. second shot found one stopped in the 6th jugs low and met some wood also 202.6grains with wood in 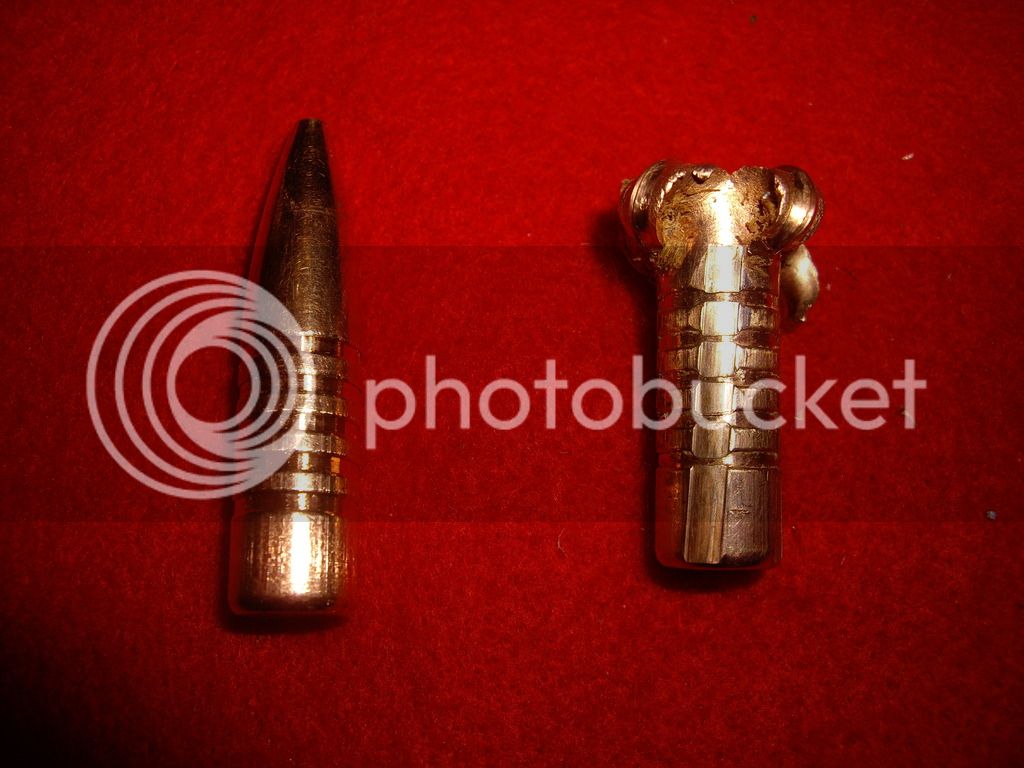 the water and jug test is really traumatic for the bullets but good answer on some questions.

it is time consuming and a lot. if i didnt had that help there is no way that test sould have been done. (no, no it is not over for sure...).

my wife helped me to fill those 100 jugs that we used (1h30min to fill them) and Why Not? did a lot on too and his giving me good advices on my quest of reloading. thanks also for barnes 270 for his hands and his left hand shoulder.

for the future we need to remove all the loads (powder and bullets) to make the brass working in my rifle then filling more jugs and shooting time.

of course without the bullet donators we wont have that page. thanks again all of you for your patience.

Ps: while reading the wonderful book of Pierre van der walt on african dangerous game cartridges i found an interesting note and seems that the water as a medium test is doing to some conventionnal bullets a tendency to become unstable, lose direction etc .. worth to read the pages 74 to 77 for that matter, makes sense in the result of some bullets.
Y

Welcome aboard, Phil. That is a ton of work that you did. There are some great results to share. I'm working with your pictures to get them posted. Give me just a bit of time and I should be able to give you a hand.
S

thanks for the pictures posted.

i will try a different hosting pics and of course the test is not over yet ....
Y

That is a very extensive group of tests, thanks for taking the time to do as such and post results.
Y

yes and some more to test.

Phil. I have some Norma 232 Vulcan I could donated to the test. Need mailing info

Holy cow, I only skimmed through the test, no time. Outstanding effort

Nice work! Thanks for all your time and effort to do the test.

Nice work Phil, and to your wife. Plus to Dr. MIke for posting them.

Looks like the Barnes, Swift A-Frames, and the Woodleigh's did rather well! I've always been impressed with Barnes Bullets for their ability to stay together, and penetrate. Unfortunately I’ve never had much success with the Swift A-Frame as far as accuracy, but the Woodleigh’s I’ve used them from time to time, and they have been a consistent performer on holding together, and accuracy in a number of guns I’ve loaded for.

I have a bunch of the 160 gr. 7mm Woodleigh Protected Point bullets for my 280AI I still haven't got around to loading them.

I’m a little surprised by the nosler Partition. I have used that bullet on moose and its ability to penetrate was impressive on large game. The barnes are just plain perfection in a bullet when they work like that. I’m running the 286gr Partition at 2450fps out of my 9.3x62.


I have seen simlar performance from the Partition in another buddies 9.3x64 running nearly 2700fps.
R

yes i was not happy with the result of the Partition i will try again ...

winter is here so we will have to wait for the spring and new bullets to come.

What an awesome test!
Y

i got my hands on:

nb i updated also the first post in the thread. enjoy.
You must log in or register to reply here.