So while bear hunting with my son.

He’s holding a gorgeous stainless model 70 in bell & Carlson black on gray, with a magna port muzzle brake. I the 300 WSM chamber he’s got 220 Sierra ProHunter RN over Winchester supreme 780…yet, he’s looking at his old man’s 45/70 lever with longing eyes…

He starts asking me what levers I’d recommend to him.

It’s hard to talk levers without mentioning many “obsolete” cartridges.

The BLR is probably the one I know nothing about but my gut says that would be the lever to recommend.

His 300 WSM is an excellent out west gun, and up to anything in North America.

He was thinking a brush gun.

Certainly 45/70 is a great choice. Ammo and bullets available.

If he went to a BLR, there are quite a few chamberings available.

I would not recommend another 30 cal or less in.

Forgot to finish the bear story,

Yes, he got his bear. Pro hunter was seriously wicked medicine. Entrance hole in ribs was 3”, exit was 8” on other side.

It might have cooled his jets on the lever seeing what the 300 WSM is able to do.

I too am a fan of leverguns! Here are a few that I have and have had, that are bear worthy.

44 mag-
Marlin 1894 that sits over watching my chicken coop.

454 Cassul-
Rossi puma that takes up space in my safe. It doesn’t get used much but it is an excellent shooter and very nearly 45/70 power. Currently wearing a skinner barrel mounted peep and safety delete. 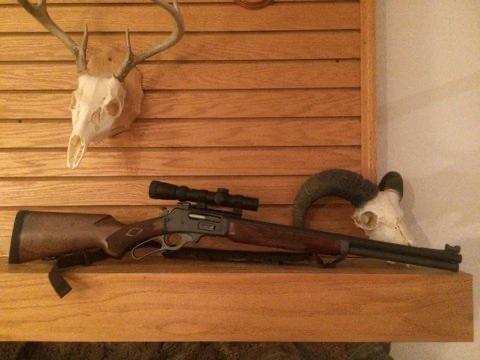 Maybe we could get the moderators to pin it? Or copy it to its own thread.

Definitely agree, 358 225 portion would be no slouch at 2400.. which I believe is attainable with right powder.

I’ll pull this into word and send it to my son!

Lever actions are fun, and they work just great!

I love my lever actions. For a thick cover do all, it's tough to beat a Marlin 1895 in 45/70. Hits hard and very accurate out to 300 yards.
I also have a Marlin 1894 44 Rem Mag. It's a little power house and with 10 rounds in the magazine, there is a lot of quick firepower if needed. Mine wears a Leupold VX-3 1.5-5x20mm scope for a bright sight picture in low light. Don't overlook Henry, they make several models in an assortment of chamberings.
In addition to the 308 and 358, the 375 Winchester is an excellent thick cover hammer. The classic 30-30 or 32 Win Special would also get the job done.

If I was going for a bear hunt I would not hesitate to take the model 71. I have not doubt that a 250 gn slug from it would knock one down.

Someday a 358 Winchester is on the list. I've no idea if it'll end up being a bolt gun or in something like a BLR.
B

The lever that has been in my possession longest is a Marlin in 375 Win, and it has accounted for its fair share of black bears, moose and a caribou. I also have a Win 94 Big Bore in 375 Win, that I need to try out with HSM's 200gr Sierra FP ammunition.

My main go to rifle for a number of years for back up for archery, guiding, and for a saddle/ATV rifle has been my pre-81 BLR in 358 Win. It has accounted for a number of elk, moose, black bear, and even backed up DrMike with his Big Bore 356 Win on his grizzly bear. Has given years of great performance with the 220 gr Speer Hot-Cor bullet. It has seen the most use and carry over the years. This would also be my recommendation for your son!

I also own a Marlin 336ER and Win Big Bore in 356 Win, but haver yet to take game with either, although both have been hunted.

I also own two Winchester Model 88's; one rebarreled to 338 Federal which has taken a nice caribou, and a 7mm-08 which still has to be hunted with. Would love another rebarreled to 250 Savage.

On the bucket list is a Marlin 444 and a 338 Marlin Express. Either of these would also be good recommendations for your son. And a Winchester 94 in 25-35 (as cool as the older rifles are, I think I would prefer a newer model produced in the 2000's), and a BLR in 257 Roberts.

I made a post on this thread yesterday with more information but it appears to have been removed ?

Reading back over these posts I forgot I have a lever 22 also, guess I was thinking centerfire rifles. Sure has been a lot of game killed over the years with lever action rifles. I'm glad modern manufacture's have kept the old design up and running.
R

ShadeTree":63ceg3u7 said:
Reading back over these posts I forgot I have a lever 22 also, guess I was thinking centerfire rifles. Sure has been a lot of game killed over the years with lever action rifles. I'm glad modern manufacture's have kept the old design up and running.
Click to expand...

It was a gift from my dad & I suppose I’ll end up passing it on to my oldest grandson. But not yet.

Lotsa fun options, but if you can get into a Marlin 45-70 or 444 you really can cover a bunch of ground. Must more capable than most folks give them credit for.
S

Only every owned 2 lever actions 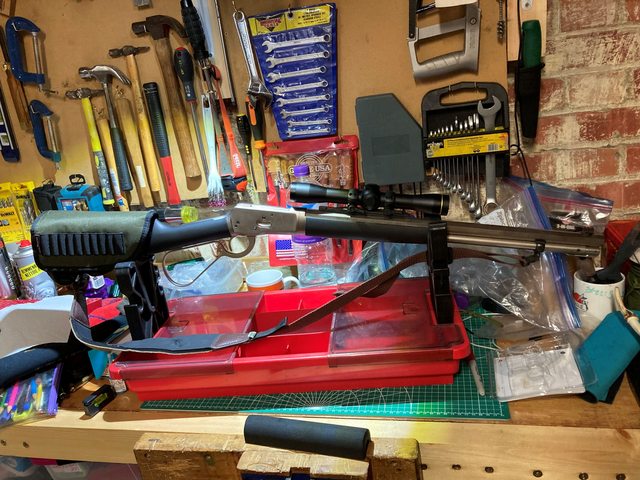 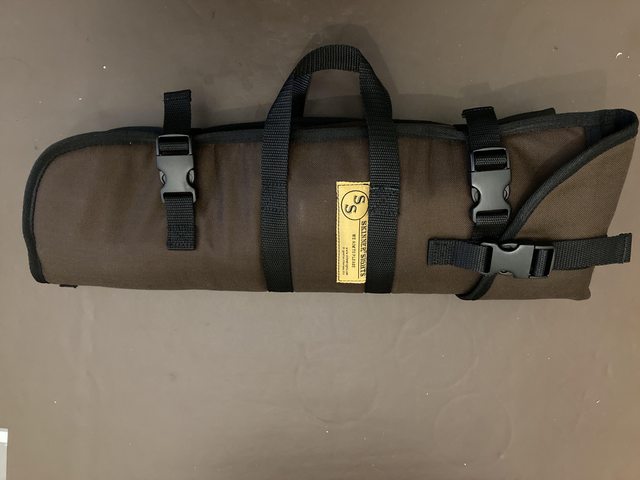 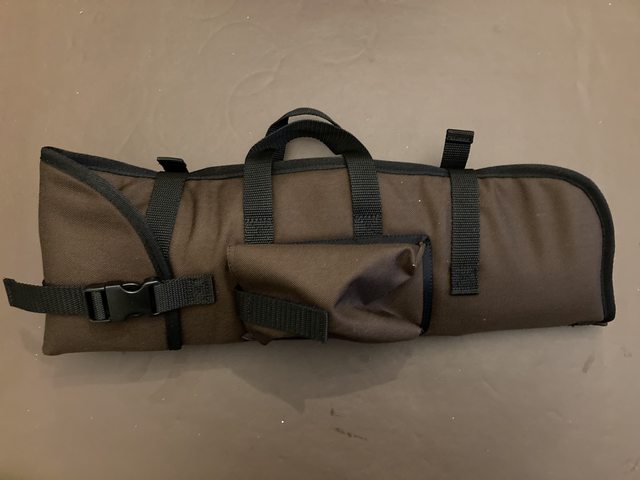 Reckon should be good for a cleaning kit / rod and an MTM box of 50 rds. 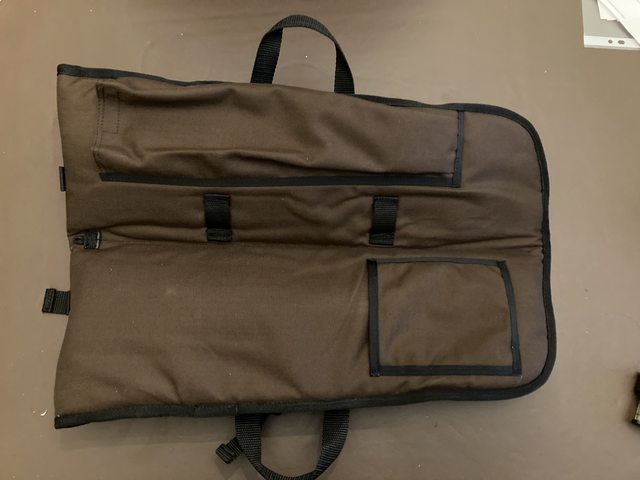 And when you unpack it: 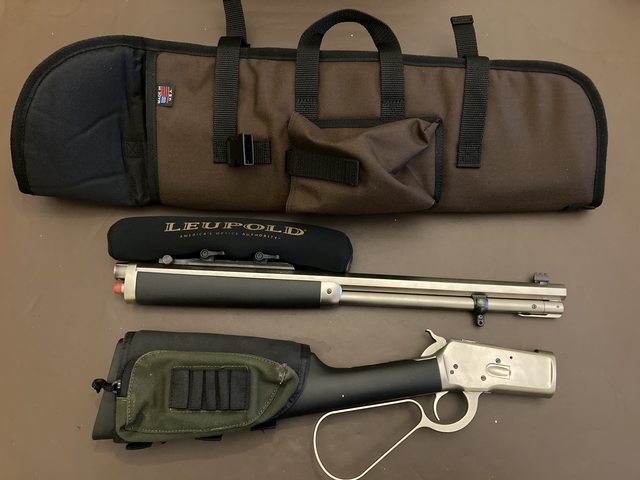 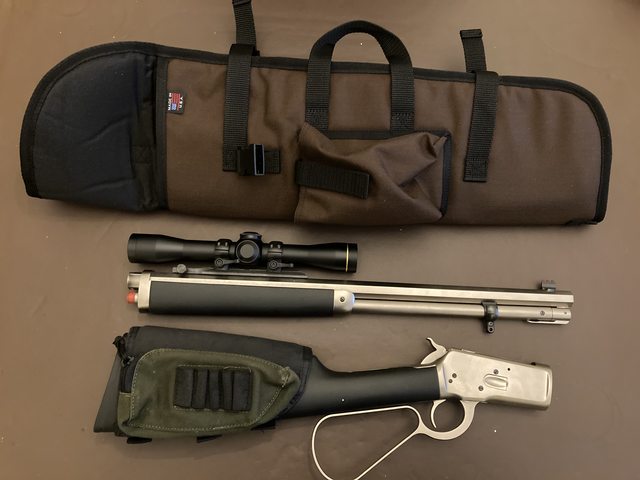 And out on the range: 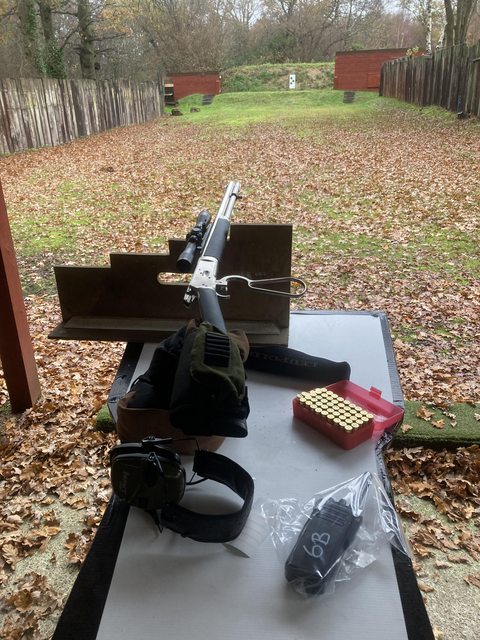 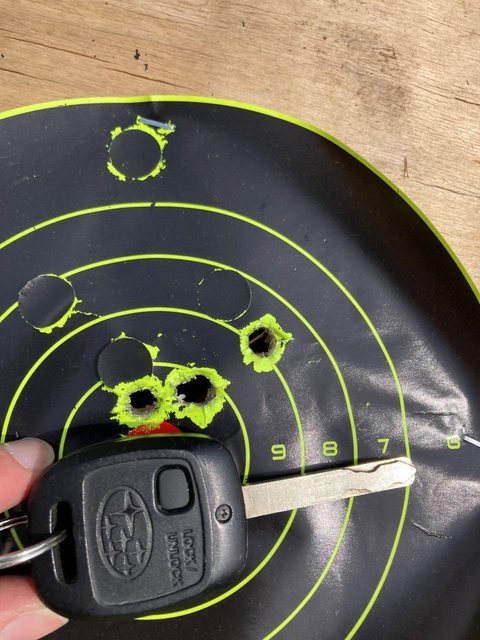 It is lots of fun

Lotsa fun options, but if you can get into a Marlin 45-70 or 444 you really can cover a bunch of ground. Must more capable than most folks give them credit for.
Click to expand...

Hence the thinking of BLR in a 35


Sent from my iPhone using Tapatalk
Last edited: Feb 5, 2022
You must log in or register to reply here.